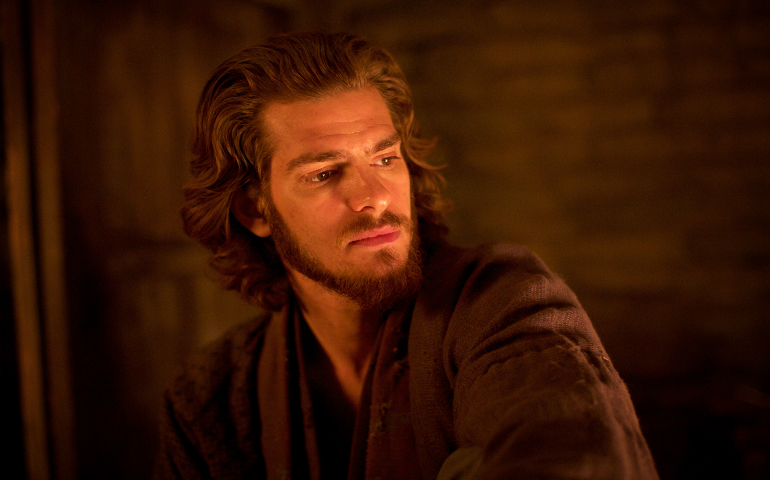 Around this time each year, in the middle of a week, Catholics across the world show up for work or school, at the gym or on the bus or in the checkout line at the grocery, with what looks like a dirty smudge on their foreheads.

It’s Ash Wednesday, and those smudges are roughly drawn crosses that have been traced in gritty ashes above the eyes as a reminder of two things. They are a sign that our time on earth is short. “Remember that you are dust.” They are also a recognition that we are all sinners.

As Catholics, the acceptance of ashes on our foreheads is an act of faith. It is also a proclamation to the rest of the world that we believe in the message and path of Jesus, that our faith gives meaning as well as a moral and ethical framework to our lives.

Every human being decides what gives life meaning. Each of us shows in our actions how we are answering that question. The making of this choice, which takes place daily, is the essence of what it means to be human.

Yet, it’s rare for popular culture to confront this core human decision as directly and unswervingly as it does in Shusaku Endo’s novel Silence and the new Martin Scorsese movie based on the book.

When Endo, a Japanese Catholic novelist (1923-96), published Silence in 1966, it caused a religious and literary stir in Japan. Three years later, the book was translated into English, and such luminaries as Graham Greene, John Updike and Garry Wills praised it.

This intense, complex work tells the story of a Jesuit priest from Portugal — Fr. Sebastian Rodrigues — who, in the early 17th century, steals into Japan during a time when hundreds of Christians are being routinely tortured and executed.

He is one of the last missionaries, a symbol of the church, a beacon and a model for those who come to him for spiritual solace and support. Then, at the climax of the novel, Rodrigues is put to the test. He is forced to choose.

He is told that if he continues to hold tight to his Christian faith, a continuous stream of Christians will be tormented and killed. From his cell, he can hear the moans of believers who are suspended upside down over a torture pit just a short distance away.

But Rodrigues can alleviate their misery, he is told, if he will just go through the formality of rejecting Christianity by ritually stepping on a rough, worn image of Jesus.

Anguished, he steps on the image. Dawn breaks, and a cock crows.

This is the story that Scorsese tells in his movie, which stars Andrew Garfield as Rodrigues. And it’s not surprising that, like the novel, the film has left many viewers feeling disturbed. Although made by one of the great American directors, “Silence” can hardly be called a Hollywood entertainment.

American pop culture is rooted in clear-cut questions and answers. Hollywood moviemakers and American audiences aren’t comfortable with moral ambiguities, and the story of “Silence,” both Endo’s novel and Scorsese’s film, is all about moral ambiguity. It is about doubt that is at the center of faith.

In the film, Garfield is the antithesis of a Hollywood hero. His Rodrigues isn’t brave, stoic and strong, but thin, uncertain and often on the edge of tears. The young Jesuit is even less heroic in the novel.

Endo paints Rodrigues as callow and emotionally unformed, just out of the seminary with little or no pastoral experience under his belt. Filled with idealistic illusions of being a hero and a saint, the Portuguese priest is bewildered and demoralized by the extreme foreignness of life in Japan. He looks down on the Japanese, describing them as monkeys and mindless cattle, and makes no friends among them. His is a top-down understanding of faith. Community, especially community with this beast-like people, isn’t part of the equation for Rodrigues.

In the novel, Rodrigues daydreams about the face of Jesus, and, again and again, the priest badgers God for answers: Why are he and the Japanese Christians forced to face persecution? Why do the innocent have to suffer and die? Why is God silent? It is that silence that gives the novel its title.

Then, just as the young Jesuit is being forced to choose, he hears the voice of Jesus telling him to step on the image of the crucifixion.

The depiction of Rodrigues in Scorsese’s movie is less nuanced than in Endo’s novel, but all of the important aspects of the priest’s character are presented in the film, at least subtly. This includes his life after making his choice — an imprisonment in which he is forced continually to reject Christianity, even to the point of joining in the persecution by identifying Christian objects for his Japanese captors.

As the film comes to an end, Garfield’s Rodrigues exudes deep unhappiness in his new existence, a misery that is matched by his mentor, another apostate Jesuit, Fr. Cristovao Ferreira (Liam Neeson). This anguish is even clearer in the novel.

Rodrigues tells himself that he isn’t an apostate. “Lord,” he says in the depths of his soul, “you alone know that I did not renounce my faith.”

Yet, even as he says that, he has second thoughts: “As Ferreira spoke to me his tempting words, I thought that if I apostatized those miserable peasants would be saved. Yes, that was it. And yet, in the last analysis, I wonder if all this talk about love is not, after all, just an excuse to justify my own weakness.”

After the priest’s apostasy, Inoue, the magistrate leading the persecution, tells him that Christianity is withering in Japan because the roots have been cut — because Rodrigues and other priests have chosen to deny their faith rather that stand fast.

Rodrigues feels like a traitor. He has contempt for his former teacher and for himself. He prays to Jesus, “My faith in you is different from what it was; but I love you still.” He calls to mind the voice of Jesus he heard at the moment of his apostasy, but he spends the rest of his life feeling shame and guilt.

When the young priest stepped on the image of Jesus, he saved some Japanese Christians from torture and death. But, in doing so, was his action saying that all of the Japanese Christians who had been martyred earlier — and all those believers who, down the ages, sacrificed their lives for the faith — had died in vain?

Throughout human history, believers have given their lives for their beliefs, whether Christians or Muslims or Jews or whatever their affiliation. They are dying still in today’s world. The first Christian martyr was Jesus, and there would be no Christianity at all if he had turned aside from the cross.

Action is faith made visible. That’s why, on Ash Wednesday, crosses are traced on the foreheads of Catholics, and why those Catholics wear those crosses out into the world.

As Christians, we are called both to stand up for our faith and to do whatever possible to ease suffering. This is why the movie and novel of Silence are so disturbing.

Was Rodrigues correct in his choice? Was he a saint or a sinner? The young apostate priest isn’t sure. And we can’t be either.

Endo’s novel is not about judgment. It is about the doubt that is at the heart of faith. In our lives, we have to make moral choices, and they aren’t always clear-cut.

Faith is not certain. The believer makes a leap — a choice to believe despite doubt, despite the lack of proof, despite outside pressures. There is only the decision to accept a way of life and to live it.

Silence is filled with faith — and with the pain and the questions that are part and parcel with faith.

Faith is a mystery. Each of us, despite all the questions that confront us, are called to embrace that mystery and embody it in our daily existence.

Inoue thinks the young priest is deceiving himself about his decision to step on the image of Jesus. Rodrigues recognizes that the magistrate may be right. In his heart, though, he tells Jesus that his faith is different now but his love for the Lord is still strong. What do you think? How do you feel?

—from Faith Stripped to Its Essence: A Discordant Pilgrimage Through Shusaku Endo’s Silence (ACTA)

[Patrick T. Reardon is the author of Faith Stripped to Its Essence: A Discordant Pilgrimage Through Shusaku Endo’s Silence.]