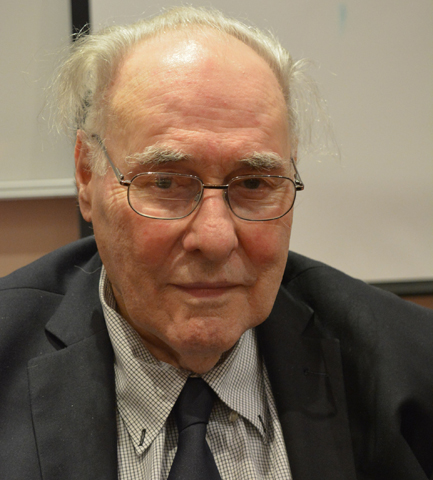 A leading Irish theologian has accused the American bishops of an act of "utter irresponsibility" for making Humanae Vitae into "a fetish" by which the Catholic church is publicly known.

In a talk on "What Needs Reform in the Church?" Augustinian Fr. Gabriel Daly said the 1968 papal encyclical which banned contraception had never been accepted by the church at large.

Addressing members of the reform group We Are Church Ireland at the Milltown Institute of Philosophy and Theology in Dublin, the priest accused traditionalists of parading church teaching "unscrupulously as a kind of weapon."

"They claim that because Paul VI in 1968 published an encyclical letter, Humanae Vitae, that renewed the ban on contraception, all his successors are bound by his teaching, because it is 'church teaching,' and not even popes can touch it," he said. "This is nonsense, but few Catholics would be prepared to say so."

The 88-year-old, who lectured in theology for 30 years at Trinity College Dublin and the Jesuit-owned Milltown Institute, argued that to describe Pope Paul VI's view of contraception as "the unchangeable teaching of the church" is theologically unacceptable to many modern theologians and historians and it presents the church as hopelessly out of touch with today's world.

"Rome's way of dealing with this problem is to refuse to listen to modern theological arguments, and simply to reissue a prohibition by proclamation and without satisfactory argument," he said.

In his address, which also covered the issue of women in the church and homosexuality, he highlighted how the church has changed its teaching many times over its history. He cited Pope Urban II's support for the Crusades and said not even ultra-traditionalists today would regard themselves bound by this.

Speaking ahead of the launch of his new book, The Church: Always in Need of Reform, the Augustinian priest condemned the church over its treatment of women saying they have been treated "disgracefully."

He told his listeners that the position of women in the structural Catholic church remains "the most urgent issue in the contemporary church and the one most in need of reform."

"In my opinion there is no argument against female ordination that can be taken with theological seriousness," he told his audience and said arguments such as Jesus was a man, therefore priests must be men, or because Jesus did not ordain women, neither can we, cannot be taken as serious arguments. "They offend against both logic and sound theology," he said.

Of Pope John Paul II's opposition to women's ordination, he said he was tempted to ascribe his attitude to "sheer sexism."

On the issue of homosexuality and gay marriage, Daly said to describe it as sinful, as Pope Benedict XVI did, is to remain "imprisoned in an outmoded kind of thinking which may actually verge on unintended blasphemy against an all-good and all-knowing Creator."

The priest said homosexuality can no longer be credibly regarded as being "against" nature. "Scientifically, although there is no agreed explanation for it, there is agreement that it is part of nature and is never a matter of choice. One does not choose to be gay; one is born gay."

Discussing the Congregation for the Doctrine of the Faith's visitation of the Leadership Conference of Women Religious in the United States, he said the CDF had instigated a "full heresy-hunt" against the nuns based on the conviction that the changes inspired by Vatican II had led to a weakening of principles and the fall-off in vocations to religious life.

"The inquisition discovered nothing and the sisters emerged totally vindicated," and gave an "inspiring example of how real Christians can behave in circumstances where their persecutors, from the heights of the institutional church, behave in a thoroughly unchristian manner."

Accusing the Curia of being "incapable not merely of apologizing for their injudicious acts" but unable to appreciate that their acts are wrong, unloving and unchristian, he said the statement issued by the CDF after their humiliation of the American sisters was "face-saving and hypocritical."

His talk concluded by warning that as long as Pope Francis remains imprisoned in a scheme that binds him to all the teachings of his papal predecessors, the needed reforms cannot take place even though the Gospel and the creeds are not involved.

He suggested that the ecumenical movement has shown that the search for unity does not entail agreement on everything.

"We need to be aware of the gift of peaceful diversity where fellow-Catholics feel free to hold and to express their opinions. Above all, no one will try to use the structures of the institutional church to impose their views on others who do not share them," he suggested.