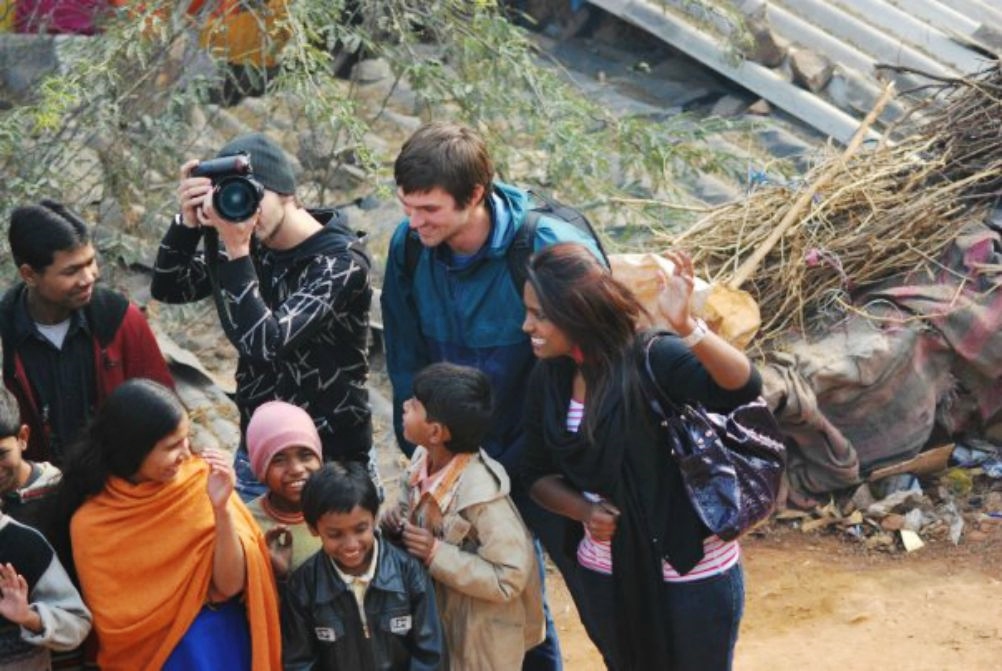 Noel Thomas, CEO of Zero Trafficking, in blue jacket, at work on a documentary in the slums of India about making a link between children in poverty and human trafficking (Courtesy of Ruben Korstanje)

Above a police station in India, a 14-year-old girl was being kept behind iron bars. She wasn't arrested. She was part of a nearly $150 billion dollar industry — human trafficking.

"I thought, we have to do something about this," Noel Thomas, CEO of Zero Trafficking, said when he saw the 14-year-old on a trip to the country.

In 2017, more than 2,700 human trafficking cases were reported in California, Texas and Florida alone, according to The National Human Trafficking Hotline. The Justice Department estimates at least 200,000 children a year are trafficked for sex in the U.S., according to NPR.

When Thomas returned home, he found advocates against human trafficking had to manually search sites like Backpage.com and Craigslist to find postings that point to signs of trafficking.

"So the entrepreneur in me thought, there's got to be a way to use technology to speed that up," he said.

Although the software is in the beta stages, Thomas said his team was able to find and rescue a 17-year-old girl in Florida using the technology.

The free program is a first of its kind, focusing on helping social enterprises around the world that serve migrants, refugees and human trafficking survivors.

"For a number of years, I had assumed that some of the most pressing problems of poverty in the planet were out of reach of social entrepreneurial approaches, refugee and migrant workers among them," Thane Kreiner, Miller Center's executive director, said.

There are 68 million people globally who have been forcibly displaced from their homes, including 25.4 million refugees, according to the United Nations High Commissioner on Refugees.

Since 2003, the Miller Center has worked with about 900 social enterprises in some 65 countries through the accelerator programs, Kreiner said, but hadn't specifically focused on refugees and human trafficking. In fact, Kreiner said, the center didn't know if there would even be enough organizations to host this type of program.

The program received more than 100 applications. Twenty-one were selected, based on attributes such as whether the organization was past the idea stage and how well its business model could be scaled.

The organizations include Zero Trafficking, Re:Coded, a coding boot camp for conflict-affected youth, and Five One Labs, which provides intensive training and mentorship to help refugees in Iraq launch and grow businesses.

"These problems are not going to get smaller," Kreiner said. "They're probably going to get larger, and we need ways to address them that restore dignity and agency to individuals."

Each organization is assigned two Silicon Valley executive mentors and given a structured set of lessons to help create a strong business model with the end goal to be "investor-ready," Kreiner said.

At the end of the program, the organizations will be able to bring this business model to investors to specifically show the impact of their organization. In October, the social enterprises will present to investors and other cohort participants at the SEM Showcase.

Although the focus is new, the way the Miller Center teaches the participants and measures success is the same as the past 15 years. 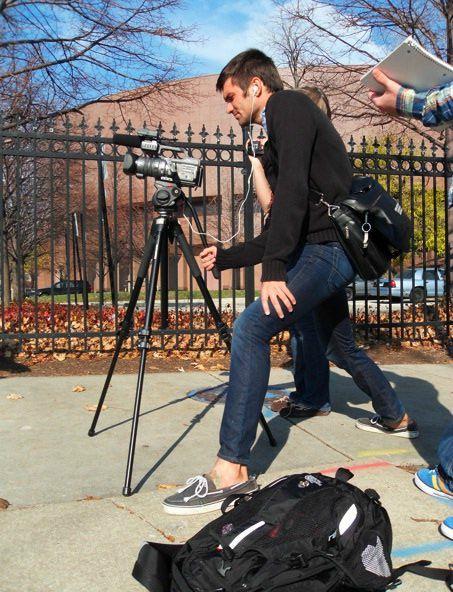 Noel Thomas gets ready to interview a Chicago woman who was trafficked as a child and ended up in the sex trade. (Courtesy of Daniel Carmel)

One way success is measured is if participants receive impact investments. The some 900 social enterprises the Miller Center has worked with have received more than $580 million to scale their impact, reaching more than 259 million people, according to the Miller Center website.

For Zero Trafficking, the U.S. State Department does an annual trafficking report and scores countries. Its goal is to quantify those scores and take them to countries that are struggling. From there, the countries can make specific goals and have the tools it needs to get off the list and clean up human trafficking.

It's a big goal, but Thomas is confident with the help of the Miller Center, his organization will be ready.

"I think it's a huge value to a startup to gain those educational resources, those mentors and ultimately have access to resources that can help them commercialize," Thomas said.

Zero Trafficking's mentors have already been helpful by reviewing the organization's pitches, making connections, helping clarify the mission and getting Thomas and his team to think through what kind of staffing will be needed to support sales and the product.

"Right out of the box, they've been very effective," Thomas said.

Even programs that didn't make the final cut were thankful for the opportunity, Kreiner said. There is no other program like SEM, so peer-to-peer connections and working together will be extremely valuable.

"In some ways what we're doing is very, very Jesuit," Kreiner said. "Almost answering Pope Francis' call to take action on some of these pressing issues."

But he said the organizations themselves don't have to be Catholic, or even religious at all.

"Pope Francis, I think, is very clear in the encyclical, he's calling all men and women of goodwill forward to address these problems," Kreiner said.

Zero Trafficking does not have a religious bent, Thomas said, but the Jesuit aspect was important.

"We are looking to take this globally, and we know that the Catholic denomination as a whole has made human trafficking one of their justice initiatives," Thomas said. "As we start to think long-term about the tools and scaling globally, we think that's going to be a great resource."