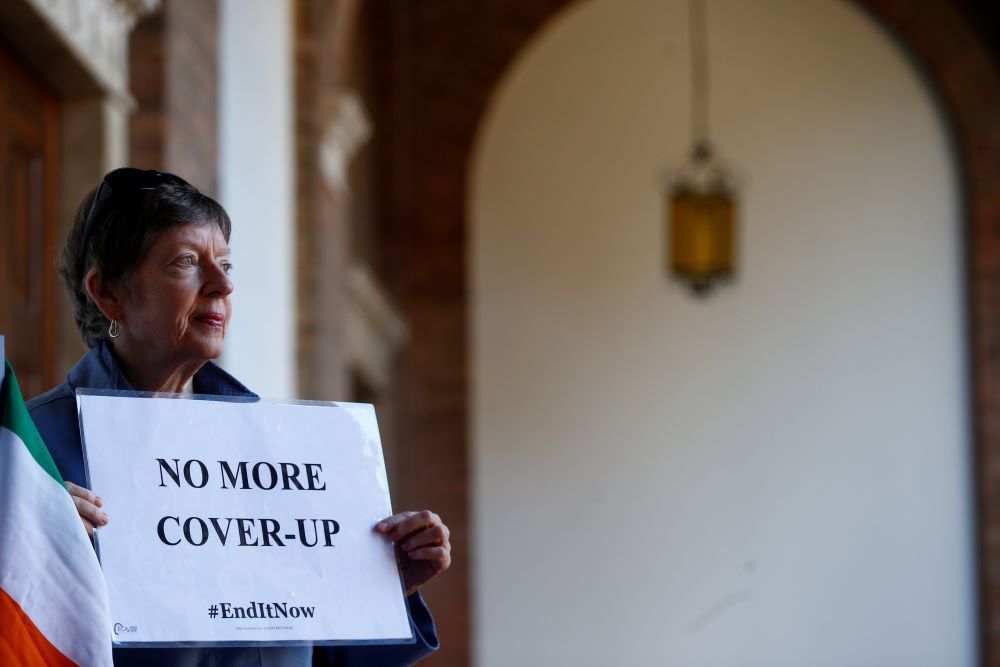 A woman demonstrates inside the headquarters of Benedictine order in Rome Feb. 22, 2019, during a four-day meeting on the protection of minors in the church at the Vatican. (CNS/Reuters/Yara Nardi)

Clergy abuse survivors in California said they felt relief after the U.S. Supreme Court decided June 21 not to hear a challenge brought forth by the state's Catholic bishops against a law extending the statute of limitations for childhood abuse victims.

"I feel more confident we will have our day in court," Aimee Torres, a survivor of childhood abuse by a Los Angeles archdiocesan priest, told NCR. "The church will have to deal with this."

Nine bishops, including Los Angeles Archbishop José Gomez, president of the U.S. Conference of Catholic Bishops, filed a petition April 15 asking the Supreme Court to review a case challenging the constitutionality of the state's Child Victims Act. California's high court refused to consider the case last fall, and the Supreme Court denied review of the appeal without comment.

Victim advocates were not surprised by the court's decision but said it sends a message to the church: "Bishops are wasting their time fighting these windows," said Marci Hamilton, a University of Pennsylvania professor, founder and CEO of the think tank Child USA, and an expert on reforming child sexual abuse statutes of limitations.

Such laws "are not unconstitutional, and they are based on irrefutable public policy reasons," Hamilton said. 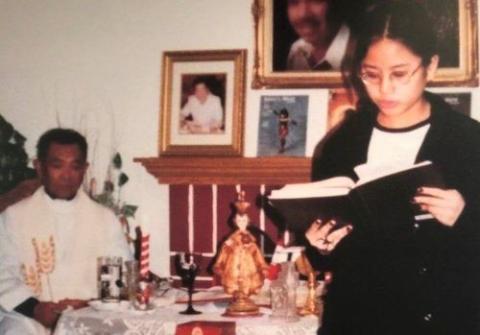 Aimee Torres, pictured in 1999, reads during a Mass celebrated by Fr. Honesto Bayranta Bismonte in her family's home. In 2002, Bismonte was arrested and charged with sexually molesting two young girls, including Torres. He pleaded guilty to misdemeanor battery and was sentenced to two years of informal probation in Los Angeles and was removed from active ministry. (Courtesy of Aimee Torres)

Signed by Gov. Gavin Newsom in 2019, California's Child Victims Act temporarily pauses the statute of limitations for childhood sexual abuse survivors. It opened a three-year period — ending Dec. 31, 2022 — during which victims of all ages can sue their abusers.

The law also permits triple damages in cases where abuse resulted from a "cover-up" of previous assaults, and it extends the age survivors may sue after the window closes. Victims of childhood sexual abuse will have until age 40, or five years from the discovery of abuse, to file civil lawsuits. Previously the limit was 26, or within three years from discovery of the abuse.

Hamilton said it's common practice for U.S. bishops at the state level to battle windows that suspend statutes of limitations for child abuse survivors, but they are becoming less successful at thwarting them.

'I feel more confident we will have our day in court. The church will have to deal with this.'
—Aimee Torres

When states end statutes of limitations or establish periods when more victims can file civil suits, it shifts the cost of the abuse — due to lost wages, addiction, the toll on health — to the ones who caused it, Hamilton said. It also identifies hidden predators who still may be capable of abusing children.

Most importantly, she said, it educates lawmakers, parents and the broader public by forcing institutions to reveal their practices through the court-mandated discovery process. It helps people "understand that institutions we trust allow thousands and thousands of children to be abused," Hamilton said.

Torres and other victims said the bishops' petition to the Supreme Court roused anger, pain and frustration.

"The church keeps saying they want to take responsibility, saying they are sorry," Torres told NCR. But by trying to prevent lawsuits, "they are sending a message that they really don't care."

The priest attended dinners and holiday gatherings, baptisms and birthdays. And, according to Torres, he sexually molested her for four years.

"Growing up in a strict Filipino Catholic family, we weren't allowed to question adults," Torres, said. "He was a confidant of my aunt, who practically raised me, and I was worried if I told I'd be disowned."

In 2002, Bismonte was arrested and charged with sexually molesting two young girls, including Torres. The priest pleaded guilty to misdemeanor battery and was sentenced to two years of informal probation in Los Angeles. He was removed from active ministry.

Torres claims she's since learned the church withheld information of past offenses in 2002, which, if fully disclosed, "would have put him in jail rather than letting him go free."

The prospect "of finally having some sort of real accountability under the new law is what I've wanted for so long," said Torres, pausing amid tears. "I've wanted accountability because you never know what abuse you are preventing."

With the Supreme Court's rejection of the challenge, she added, "there's a sense the end of this painful process is in sight."

In the bishops' petition, they asserted the church in California faced "potentially ruinous liability" under the law and that review was critical, "before the Catholic Church in the largest state in the union is forced to litigate hundreds or thousands of cases seeking potentially billions of dollars in retroactive punitive damages."

Mike Reck, Torres' attorney, estimates more than 2,000 cases will be filed against the church by the time the current window closes in December.

The bishops argued the Child Victims Act was unconstitutional because California previously gave survivors a chance to sue in 2003 — when it opened a similar, one-year window that suspended the statute of limitations for victims of childhood sexual abuse — and because the law authorizes new punishments for past acts.

'Bishops are wasting their time fighting these windows.'
—Marci Hamilton

During the 2003 window, more than 850 people sued the Catholic Church and another 150 sued the Boy Scouts, churches and other organizations. California dioceses paid more than $1.2 billion to victims to settle claims.

In a statement to NCR July 21, the California Catholic Conference said the Supreme Court's decision was disappointing. "We also recognize that thousands of petitions are denied every year and only a small fraction of submissions are granted," the statement said. "Therefore, the Court’s action should not be seen as a rejection of the merits of the arguments."

The petition, added the conference, "should not be interpreted as an indication that the Church’s concern for victims has diminished or that the pain and suffering endured by individuals who were the victims of child sexual abuse has been minimized."

Hamilton believes the bishops' resistance to amending statutes of limitations is not about money. In fact, "it's about concealing archives," she said.

Survivors are the casualties of such secrecy, said Hamilton. "They are victimized once by the church and then victimized again as the church attempts to stop them from seeking justice."

Hamilton said the petition was an example of the bishops "letting survivors be dragged along in a process that's not necessary." 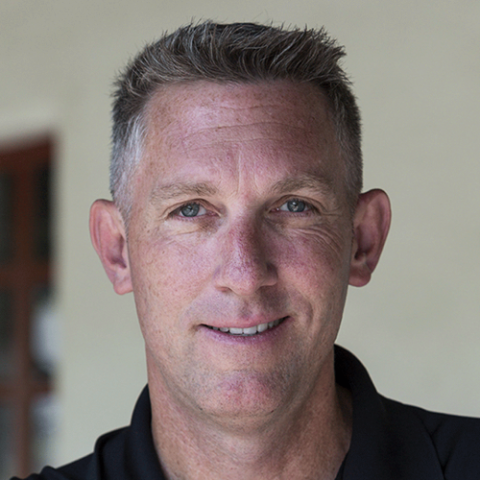 Tom Emens, who said he was abused by a priest as a 10-year-old, said the California bishops' petition to the U.S. Supreme Court was "disheartening and stressful." (Courtesy of Tom Emens)

Tom Emens, who alleges he was molested by a Southern California priest between 1978 and 1980, said the court's decision to reject the challenge "feels like a relief and a victory."

Emens said that many survivors deal with worse psychological effects are much older than he. "I hope I can live to see some resolutions, but I know there are those who will not," he said.

Data from the Department of Justice suggests 86% of child sexual abuse goes unreported, while those who do report disclose well into adulthood. According to Child USA, the effects of trauma on victims means more than half of all survivors do not disclose their abuse until they are 50 or older.

"Shutting down a victim's chance at justice before age 60 is cruel," Hamilton said. 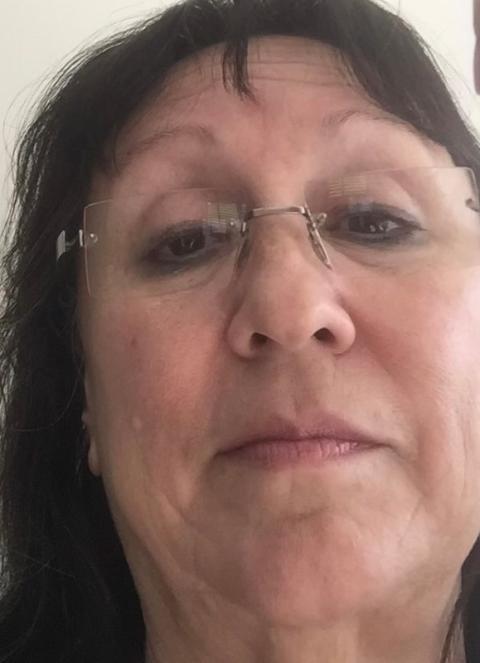 Esther Miller received a settlement from the Los Angeles Archdiocese in 2007. She said monetary compensation for abuse is critical because it helps survivors pay for the support they need to heal. (Courtesy of Esther Miller)

Esther Miller, part of a 2007 settlement with the Los Angeles Archdiocese, knows both the pain of litigation and the possibility that comes with a settlement. "I think the Supreme Court's choice is fabulous," she said. "Survivors don't have a timeframe for when the abuse takes us down."

Miller, now 63, was abused for more than two years by a deacon who was providing religious instruction to her father as he prepared to enter the Catholic Church.

"[The deacon] said if I told anyone, my father's soul would remain in hell and he wouldn't be able to convert," recalled Miller, who is a certified trauma recovery coach.

She said survivors' lawsuits are about information and a level of justice, but they also are about the money.

"Some think us money grabbers," she said. "But money is a way people pay attention and believe us, and our wound is helped by an award settlement. Our body keeps score; trauma becomes deeply embedded in our bodies."

The journey "toward healing begins," she added, "once we have the tools with which to hire professionals to support us and to help us."