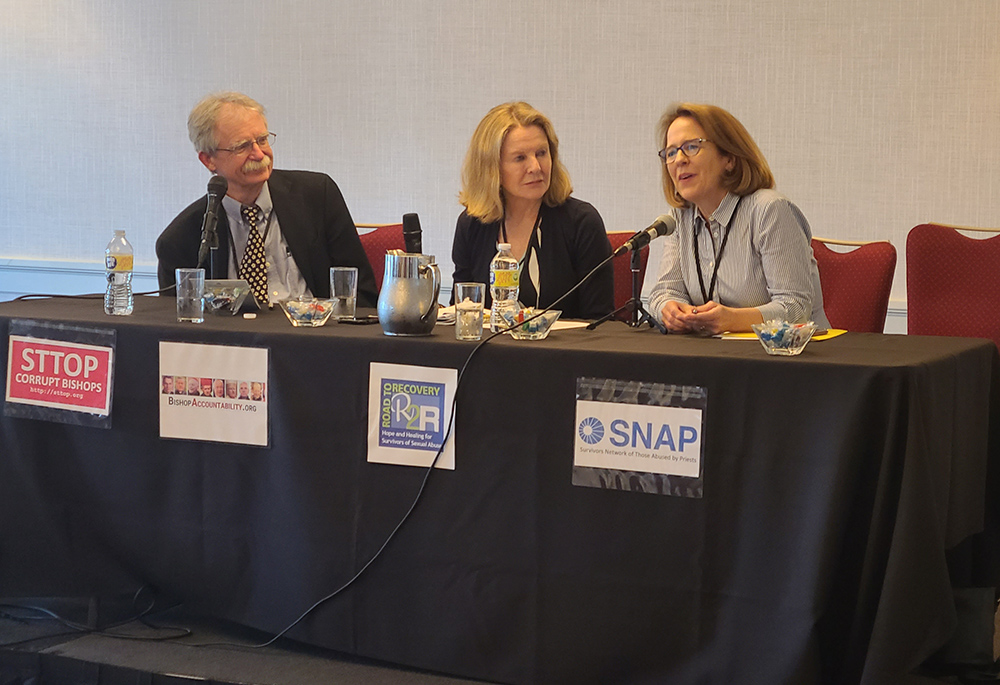 More than 20 years since the Boston Globe's Spotlight investigative team exposed the scope of Catholic clergy sexual abuse and institutional cover-up in the Archdiocese of Boston, attorney Mitchell Garabedian said abuse survivors are still teaching the church "how to be moral."

"None of this could be done without your strength," Garabedian said during a June 4 conference in Quincy, sponsored by several nonprofits that advocate for abuse survivors and accountability in the church.

Titled "Pivot to the Future: Marking 20 Years of Confronting Clergy Sex Abuse," the conference attracted dozens of survivors, their loved ones, advocates and others who gathered in person and via Zoom to listen to keynote talks, presentations and panel discussions that reflected on two decades of scandals and what the future may hold for the crisis and potential reforms.

David Clohessy, the former longtime director of the Survivors Network of those Abused by Priests, or SNAP, spoke of his experiences of organizing and amplifying the voices of survivors. Bill Mitchell, publisher of National Catholic Reporter, which began covering clergy sex abuse cases in the 1980s, emphasized the importance of journalists continuing to report on the story. 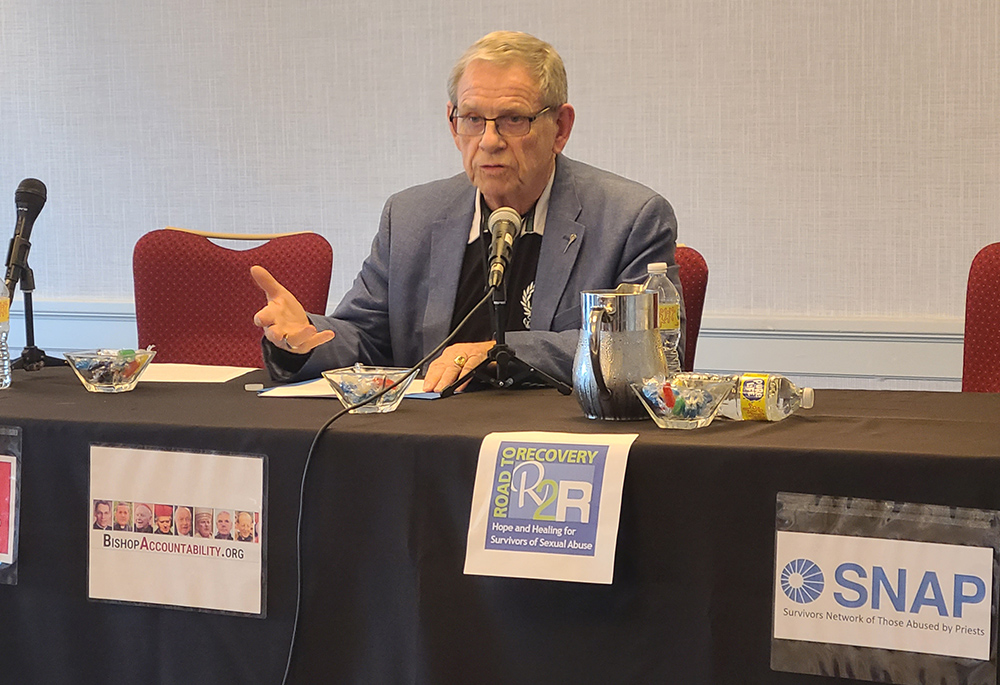 Thomas Doyle, an inactive Dominican priest who sacrificed a promising clerical career in the 1980s to become an outspoken advocate for survivors, provided a historical overview of the abuse crisis and the institutional secrecy that he said enabled it and yet remains in place.

"Have things changed? Not a great deal," Doyle said.

Garabedian, who has represented scores of clergy sex abuse victims in Boston and across the country and who was portrayed in the 2015 movie "Spotlight," also struck a pessimistic tone. He told attendees that he does not believe the church will ever change, adding that he has "written off" church leaders that he considers to be "a bunch of criminals."

"The church has not changed its ways," he said.

While other speakers discussed the scandals in more measured tones, they also criticized church leaders for giving the issue more lip service than offering concrete fundamental reforms. They accused the bishops of engaging in continued secrecy and resisting measures that would increase transparency and accountability, such as amending statutes of limitations to permit survivors to sue clergy who abused them decades ago. 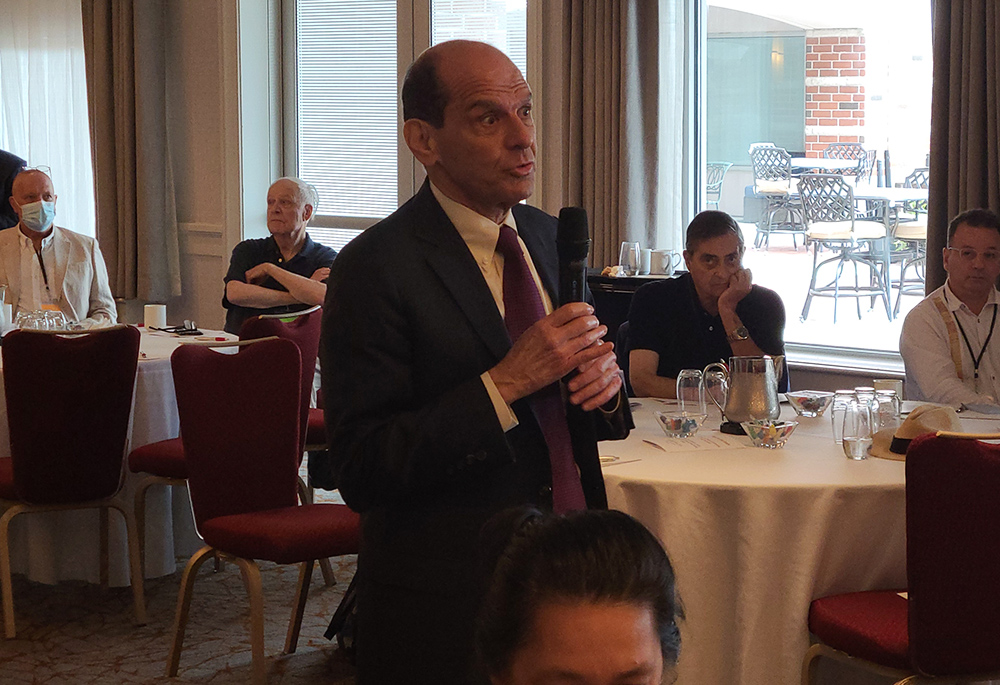 "This is all part of restorative justice," said Marci Hamilton, a University of Pennsylvania professor who is the founder and CEO of Child USA, a think tank that studies how laws and public policy can be improved to address child abuse and neglect.

Hamilton, the author of Justice Denied: What America Must Do to Protect its Children, is also a leading expert on reforming child sexual abuse statutes of limitations. During her keynote talk, Hamilton said reforming statutes of limitations has been "the only tried and true way" to publicly expose the truth of clergy abuse cases by compelling dioceses and church-affiliated organizations to provide documents during court-mandated discovery proceedings that would otherwise be kept secret.

"This is a movement that's not only vibrant, but it's taking off, and something that is increasingly understood by the general public, by judges, by everyone in this space," said Hamilton, who noted that New York state this year is extending its civil statute of limitations to age 27 for people who were abused as minors. Oklahoma in 2022 will also extend its criminal statute of limitations for sex trafficking of minors and adults. Statute of limitations reform bills have been filed in 30 states and federal territories, according to Child USA.

"There is still a lot of work to do," Hamilton said.

While the landscape on reform remains a mixed work in progress, advocates, attorneys, survivors and others agreed that there is greater public awareness today of the abuse crisis than before the Boston Globe's reporting in 2002. Over time, they said that has exposed the weaknesses of arguments that church leaders once cited, such as the notion that the crisis was due more to individual "bad apples" than institutional shortcomings. 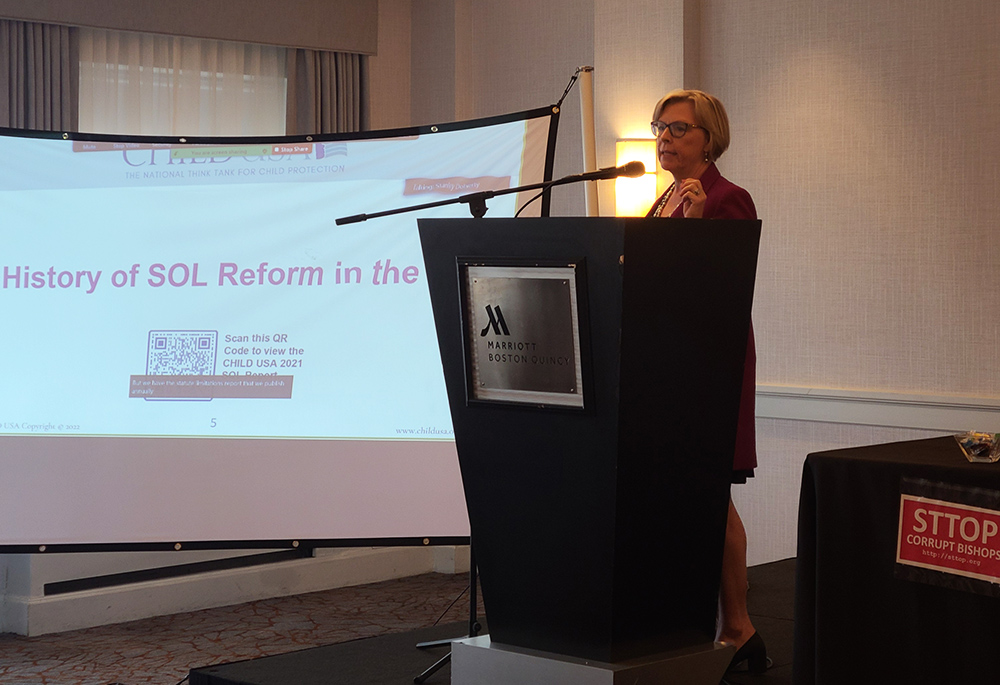 "There is a sea change that has happened in the public understanding that has been created by your coming forward and your activism," Anne Barrett Doyle, co-director of BishopAccountability.org, told survivors during a panel discussion.

Because of survivors sharing their stories, Doyle said the public today understands that victims are often not ready to talk about their abuse until several decades have passed. She said that Catholics have also learned that a beloved parish priest can also be a sexual predator.

"And they now understand that the church hierarchy lied and lied and lied," said Doyle, who argued that the United States bishops and the Vatican have failed to implement meaningful reforms. She referred to the Charter for the Protection of Children and Young People — the norms the U.S. bishops adopted in June 2002 on responding to clergy sex abuse cases — as a nonbinding "public relations document."

"The Vatican doesn't care if the bishops follow the Charter, and the bishops know this. The only thing they have to follow is canon law," said Doyle, who also criticized Pope Francis' 2019 motu proprio Vos Estis Lex Mundi ("You Are the Light of the World") for allegedly failing to deliver on its promise to hold bishops accountable for covering up or not investigating clergy sex abuse.

"What we've seen" from Vos Estis, Doyle said, "is a process that is totally controlled by the hierarchy, especially the Vatican." She noted that under Vos Estis, Archbishop Timothy Dolan of New York oversaw an investigation into his "good friend," Bishop Nicholas DiMarzio of Brooklyn, that resulted in DiMarzio being exonerated last year of decades-old sexual abuse allegations.

Terence McKiernan, co-founder and president of BishopAccountability.org, said their organization is working to compel more dioceses to release lists of clergy credibly accused of sexual abuse, and to also include the names of priests belonging to religious orders.

"What has changed in the world is absolutely remarkable," said McKiernan, who added that his organization today has a database of more than 7,500 Catholic priests credibly accused of sexual abuse. He said that such a list did not exist in 2002.

"That's because of the survivors in this room and all the other survivors," McKiernan said.

Looking on during McKiernan's remarks was Jim Saviano, the brother of the late Phil Saviano, a clergy sex abuse survivor and whistleblower who helped the Boston Globe's Spotlight team expose decades of clergy sex abuse and cover-up. He died last November at age 69 after a battle with gallbladder cancer. The conference was dedicated to Saviano's memory.

Among the survivors who attended the conference was Claude Leboeuf, who said he was sexually abused when he was around nine years old by the late Fr. James Porter, a notorious priest of the Diocese of Fall River, Massachusetts, who pled guilty in 1993 of molesting 28 children. Porter, who admitted to molesting as many as 100 children, died at age 70 in 2005.

Leboeuf, now 69, converted to Judaism four years ago after a lifetime of spiritual searching. He said he plans to become a local SNAP chapter leader in Providence, Rhode Island. Leboeuf said he wants to help other survivors.

"Essentially, I don't want to spend the rest of my life feeling pissed off at the world," he said. "I want to do something better than that."

A version of this story appeared in the June 24-July 7, 2022 print issue under the headline: 'There is still a lot of work to do'.