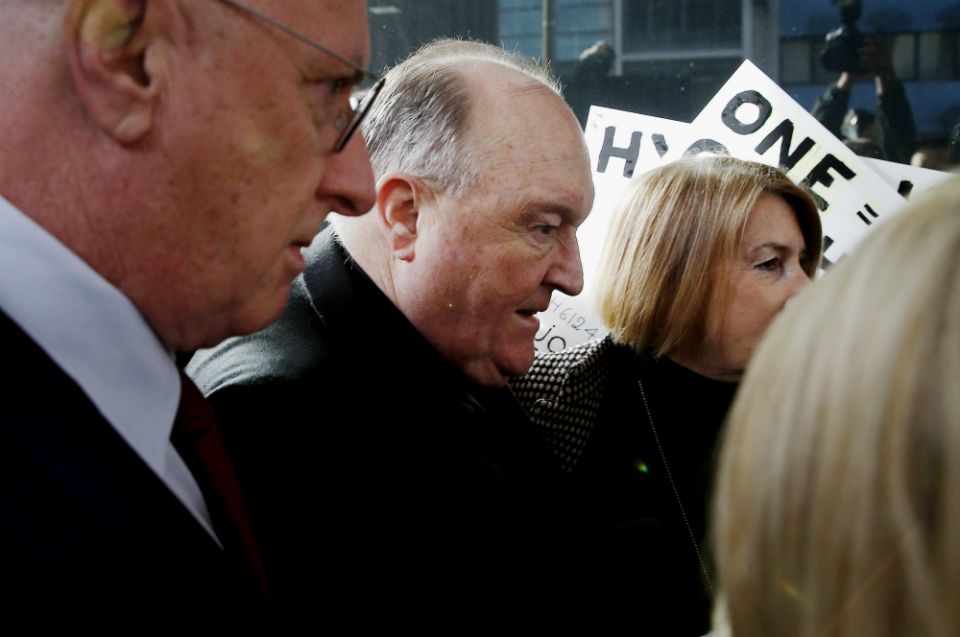 Australians are reacting with relief to the resignation of Adelaide Archbishop Philip Wilson, who was convicted in May of failing to report child sexual abuse.

"I welcome Philip Wilson's resignation as Archbishop of Adelaide, which belatedly recognizes the many calls, including my own, for him to resign," Australian Prime Minister Malcolm Turnbull, a convert to Catholicism, said July 30, according to the Australian Broadcasting Corporation.

"There is no more important responsibility for community and church leaders than the protection of children."

The Australian Catholic Bishops' Conference announced Wilson's resignation July 30. He had been convicted in May of failing to report a 1976 conversation in which a then-15-year-old made allegations of abuse against Fr. James Fletcher.

Wilson's conviction comes at an already difficult time for the Catholic Church in Australia. The Royal Commission into Institutional Responses to Child Sexual Abuse released a report in December 2017 that sharply condemned the church's handling of sex abuse cases, and Cardinal George Pell, prefect of the Vatican's Secretariat for the Economy and former archbishop of both Melbourne and Sidney, is going to trial for sex abuse allegations.

Wilson's resignation is "another water-shed moment for all the bishops, and for the institution," Brian Coyne, editor and publisher of the online journal Catholica wrote in a post July 30. "One wonders if this, and the recent Cardinal McCarrick resignation, might trigger a change of approach on the part of Pope Francis?"

Theodore McCarrick is the archbishop emeritus of Washington, D.C., who on July 28 tendered his resignation from the College of Cardinals after he was suspended from active ministry for sex abuse claims.

"What people generally and Catholics in particular resent is that this could not have been decided in Australia, with everything having to go to Rome, even for the resignation to be accepted," he said.

Nevertheless, Collins notes that Wilson "had a very good record on dealing with sexual abuse as a bishop, particularly in the Diocese of Wollongong [an industrial city south of Sydney] where he inherited an especially toxic situation."

"He has become a scapegoat for the widespread failure of church leadership to respond adequately to this crisis," Collins added.

Since his conviction, Wilson had resisted public calls from prominent Australians to resign, as well as the private advice of fellow bishops. He initially took leave from his duties as bishop shortly after his conviction, saying he would step down if he lost on appeal.

"There has been enormous exaggeration of the importance of this guilty verdict by many in the media and by various organizations with axes to grind," Collins said. "Many well-informed lawyers think that Wilson's appeal to the New South Wales Court of Appeal has every chance of succeeding."

Wilson was sentenced to 12 months detention. The Australian Broadcasting Corporation reports that he is expected to appear in court again Aug. 14, where the court will consider house arrest as an option for fulfilling the terms of his sentence.