Australia's highest court to rule on Pell's appeal next week 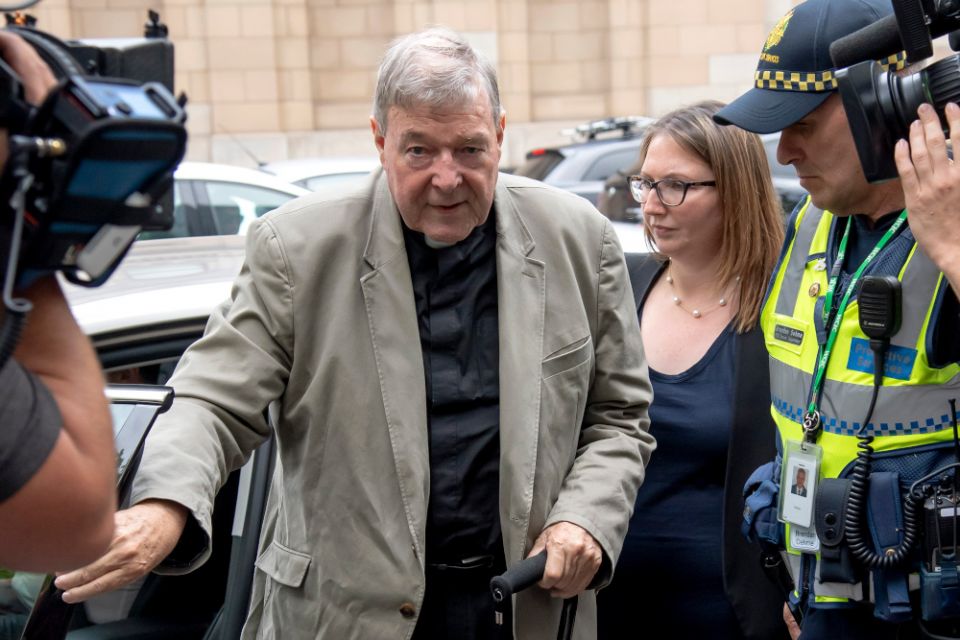 In this Feb. 26, 2019, photo, Cardinal George Pell leaves the County Court in Melbourne, Australia. Australia's highest court will deliver its ruling on April 7, 2020 on whether to overturn the convictions of Pell, the most senior Catholic convicted of child sex abuse. The 78-year-old Pell is one year into a six-year sentence for molesting two 13-year-old choirboys in Melbourne’s St. Patrick’s Cathedral while he was the city’s archbishop in the late 1990s. (AP/Andy Brownbill)

CANBERRA, Australia — Australia's highest court will deliver its ruling next week on whether to overturn the convictions of Cardinal George Pell, the most senior Catholic convicted of child sex abuse.

The 78-year-old Pell is one year into a six-year sentence for molesting two 13-year-old choirboys in Melbourne's St. Patrick's Cathedral while he was the city's archbishop in the late 1990s.

The High Court said April 2 a single judge will deliver the verdicts of all seven at 10 a.m. April 7 in the east coast city of Brisbane. It had heard his appeal March 11-12 before the court's hearings were canceled due to the coronavirus risk.

The court's decision could be the last chance for Pope Francis' former finance minister to clear his name.

A Victoria state County Court jury convicted Pell on all charges in December 2018. The Victoria Court of Appeal in August last year rejected his appeal against the jury verdicts in a 2-1 majority decision.

Pell's lawyer, Bret Walker, told the High Court last month that if it found the Victorian appeals court had made a mistake in upholding the convictions, Pell should be acquitted.

Prosecutor Kerri Judd told the seven judges that if there were a mistake, they should send the case back to the appeals court to hear it again.

Otherwise, the High Court should hear more evidence and decide itself whether the convictions should stand, Judd said.

Pell was largely convicted on the testimony of one of the choirboys, now in his 30s with a young family.

He first went to police in 2015 after the second victim died of a heroin overdose at the age of 31. Neither can be identified under state law.

Much of the High Court hearing focused on whether the jury should have had a reasonable doubt about Pell's guilt and whether he could have had time to molest the boys in five or six minutes immediately after a Mass.