Belgian bishop insists he is not a pedophile 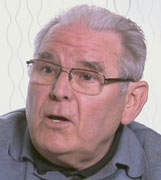 LEUVEN, BELGIUM -- Roger Vangheluwe, the disgraced former bishop of Bruges, stressed during a Flemish television interview April 14 that he is not a pedophile. With nonchalance and an occasional chuckle, Vangheluwe said, “I don’t in the slightest have any sense I am a pedophile.”

On April 23, 2010, Pope Benedict XVI accepted the Vangheluwe’s resignation after the Belgian admitted he had abused his nephew for 13 years, starting when the boy was just 5 years old.

On television last month, Vangheluwe, 74, minimized his much-publicized sexual abuse of the one nephew, calling it “a little bit of intimacy,” and then admitted to molesting a second nephew. His sexual abuse of the first nephew began when Vangheluwe was a priest and professor at the diocesan seminary in Bruges and continued even after he became bishop of Bruges in 1985.

Abuse of the second nephew began in what Vangheluwe calls “the early period” when he had to bunk with the boys and “it also happened a little bit.” The second molestation, he stressed, lasted only a short time.

How did it start? “As in all families,” Vangheluwe calmly replied, “when they came to visit, my nephews would stay over. ... It began as a kind of game with this boy. It was never a question of rape, or physical violence. He never saw me naked and there was no penetration. ... I don’t in the slightest have any sense I am a pedophile. I don’t get the impression my nephew was opposed, quite the contrary.”

Vangheluwe said, “I knew it wasn’t good. I confessed it several times.”

The Belgian Federal Police in Brussels announced April 18 that they are considering filing new sexual abuse charges against Vangheluwe and his confessor, who has been identified as 90-year-old Fr. Jozef Legast. Police have received complaints that Vangheluwe and Legast sexually abused two boys at a camp for altar boys in the 1960s, one of whom reportedly later committed suicide.

After watching the interview on Flemish television, Vangheluwe’s nephew, speaking through his lawyer, said he was happy the interview was made public so that people could see firsthand what kind of man his uncle is. He went on to stress that he had never been a consensual participant in sexual activity with his uncle and that the uncle’s narration of the molestation details is simply false.

During the interview, Vangheluwe acknowledged that he made several cash payments to his nephew, not as “hush money” but as compensation to cover the young man’s psychological counseling. These payments amounted to several thousands of dollars. Unclear is where the bishop got the money to make such payments. Diocesan officials in Bruges say such payments did not come from the diocese.

As of April 19, Vangheluwe’s whereabouts were unknown.

Immediately after his resignation last year, Vangheluwe reportedly had retired to St. Sixtus Abbey in Westvleteren, West Flanders, with a Belgian state pension of about $3,600 a month. That arrangement last only a short time. Until early April this year, the bishop was believed to be living in the papal nunciature in Brussels.

On April 12, the Vatican ordered Vangheluwe to leave Belgium and undergo “spiritual and psychological treatment” as the Congregation for the Doctrine of the Faith moves toward “a definitive decision” about the bishop’s fate, said Jesuit Fr. Federico Lombardi, the Vatican spokesman.

Under Vatican norms, the doctrinal congregation -- with the pope’s approval -- can remove the bishop from the priesthood for sexually abusing a minor.

Lombardi said the final decision on Vangheluwe will take into account not only the results of the psychological and spiritual evaluation, but other “aspects of the question, beginning with the suffering of the victims and the requirements of justice.”

“Obviously,” he said, “during that period he is not allowed any public exercise of his priestly or episcopal ministry.”

Vangheluwe was to take up residence in a French convent, Fraternités de Jérusalem in La Ferté-Imbault, a monastic community located along the picturesque Loire River.

Then he appeared on Flemish TV.

Local media reported that the superior at Fraternités de Jérusalem told Vangheluwe to pack his bags and move out. He was gone within a couple days. Asked where he had gone, she said: “I don’t know. We are referring all questions to the papal nuncio’s office in Belgium.”

Echoing comments by most of Belgium’s other bishops, Bishop Johan Bonny of Antwerp called on the Vatican to impose stronger sanctions against Vangheluwe.

Acting Belgian Prime Minister Yves Leterme also called upon the Vatican to punish Vangheluwe: “The church must assume its responsibilities -- this cannot go on.”

Calling the bishop’s remarks “a slap in the face of his victims and all victims,” Belgian Justice Minister Stefaan De Clerck called upon church authorities to “take measures to stop the irresponsible behavior of the former bishop.” He objected to the bishop’s giving an interview: “Making comments trying to minimize what happened is unacceptable.”

[Sarah Delaney of Catholic News Service contributed to this report.]

A short update to this story is available here: Brussels archbishop 'shocked' by Vangheluwe's revelations

Accountability | Belgian bishop insists he is not a pedophile