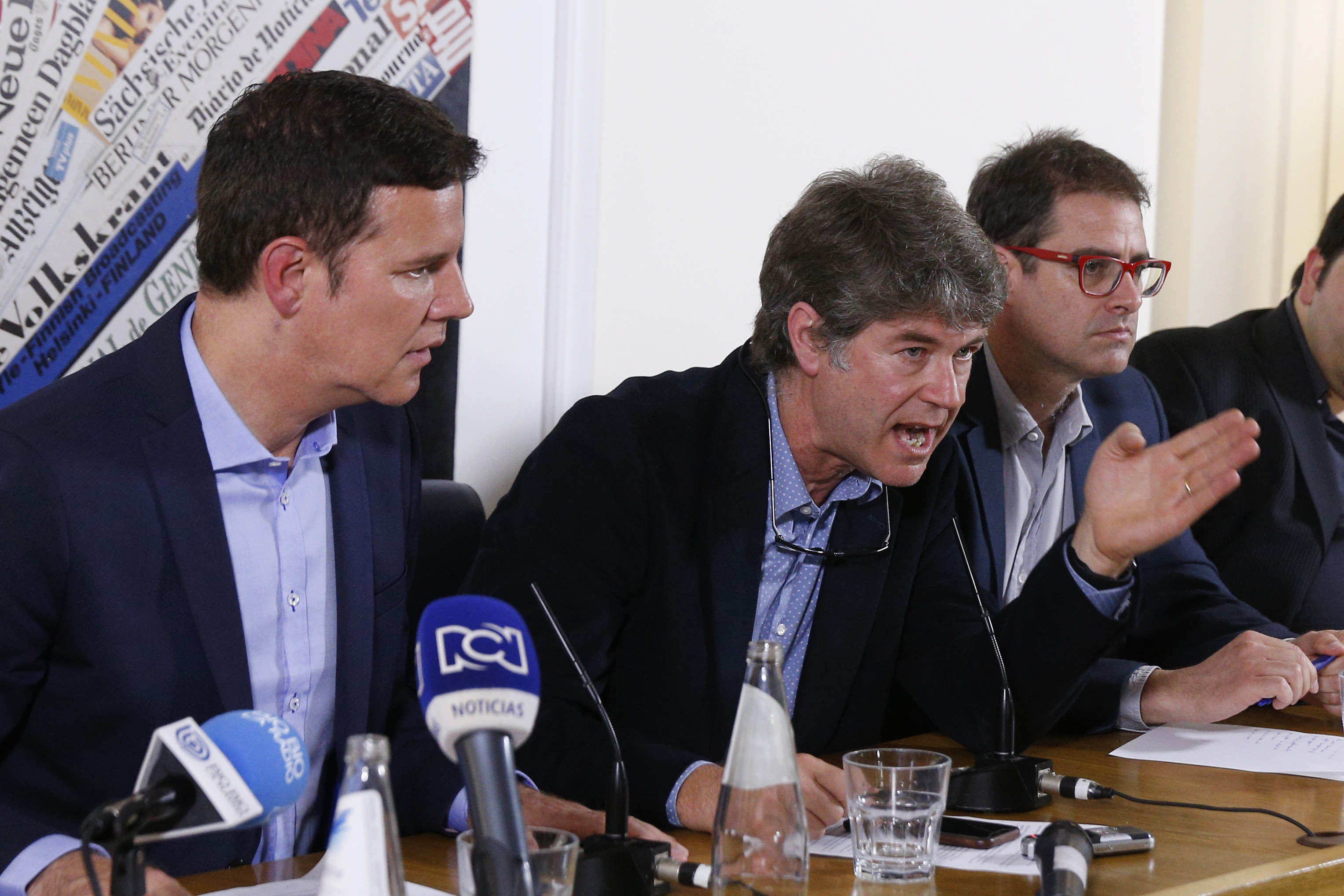 Survivors of abuse in Chile believed they had won a major victory when they heard a Chilean court recognized that the Archdiocese of Santiago prevented a thorough investigation into sexual abuses committed by a former priest, Fernando Karadima.

A report by the Chilean newspaper La Tercera said the Chilean court of appeals overturned the lawsuit's dismissal Oct.18 after new evidence obtained from raids conducted on the archdiocesan chancery proved that Cardinal Francisco Javier Errázuriz, the retired archbishop of Santiago, closed an investigation into Karadima. The court was said to have awarded 450 million pesos ($661,000) in compensation for damages to Karadima's victims.

After a verdict was reported, Cruz, Hamilton and Murillo released a statement saying that although the path to the verdict was long and full of difficulties, "it was worth it."

"The strategies of the Chilean church, especially Cardinals (Riccardo) Ezzati and Errazuriz in covering up abuses, protecting abusers and silencing victims has received a strong response from Chilean courts," the survivors said.

However, in an Oct. 22 interview with Chilean news site El Mercurio, Miguel Vázquez, president of the court of appeals, said the entire matter was still under study, no verdict had been reached and the archdiocese had not been fined.

Vázquez did not explain why the court waited four days to deny La Tercera's report about the survivors winning the lawsuit.

Juan Pablo Hermosilla, lawyer for the survivors, also confirmed to El Mercurio that the lawsuit "was in the same place that it was before."

"Until there is a verdict signed by the three ministers and the parties involved are notified, the rest may seem like good information, good journalistic information, but that's it. So, we have to wait for the ruling."

The three survivors then issued a statement acknowledging the conflicting reports and said that "with what's at stake and the powers involved, nothing surprises us at this point."

"We hope the court resolves this soon. Then, we can speak with certainty," the survivors said.

According to La Tercera's report, the new evidence presented in the lawsuit was a 2009 email sent by Errázuriz to Archbishop Giuseppe Pinto, the former apostolic nuncio to Chile, in which the cardinal states that he presented the accusations of abuse to the archdiocesan promotor of justice, the church's canonical prosecutor, because "it usually calms the aggressiveness of the accusers."

"Out of respect for Father Karadima, I did not ask the prosecutor to interrogate him; I only asked (Auxiliary) Bishop Andres Arteaga for his opinion. He thought that everything was absolutely implausible. Considering the facts, I closed the investigation," Errázuriz allegedly wrote.

Known as an influential and charismatic priest, Karadima founded a Catholic Action group in a wealthy Santiago parish and drew hundreds of young men to the priesthood. Four of Karadima's proteges went on to become bishops, including retired Bishop Juan Barros of Osorno.

However, several former seminarians revealed in 2010 that the Chilean priest sexually abused them and other members of his parish community for years. Although a criminal trial in 2010 dismissed a criminal complaint against Karadima brought on by his victims, a Vatican investigation found him guilty and sentenced him to a life of prayer and penance.

The pope, who initially defended his 2015 appointment of Barros as head of the Diocese of Osorno, apologized after receiving a 2,300-page report from Archbishop Charles Scicluna of Malta. He subsequently accepted Barros' resignation June 11.

Pope Francis also met with Hamilton, Cruz and Murillo in late April to listen to their experiences and apologize for his initial assessment of the situation.

The Vatican announced Sept. 28 that Pope Francis expelled Karadima from the priesthood, saying the pope "made this exceptional decision in conscience and for the good of the church."