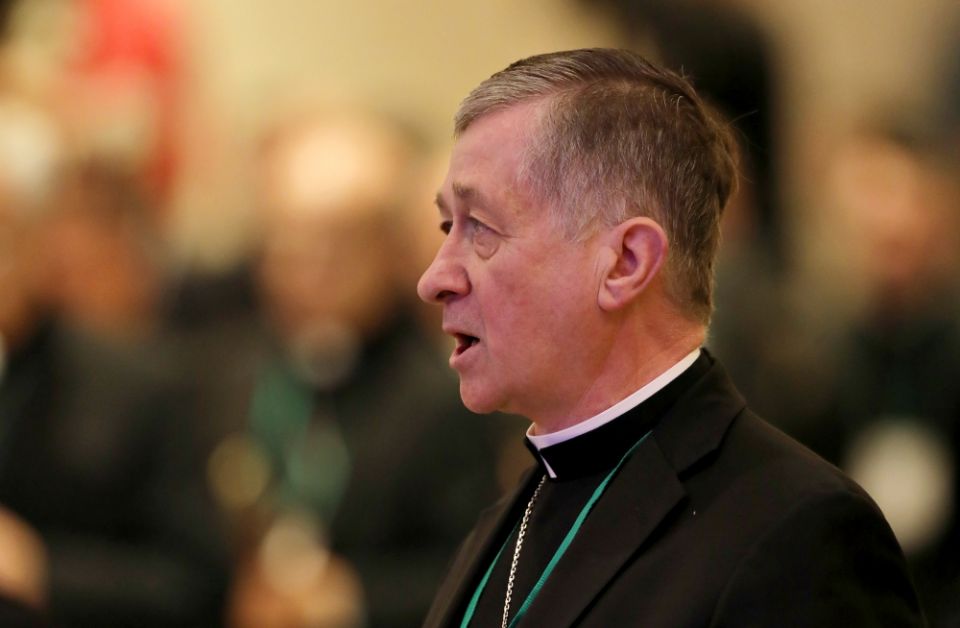 After public discussion raised several criticisms of a possible new commission to receive and investigate accusations of misconduct by bishops, a retired prelate of Tucson, Arizona, suggested using a church structure already in place: metropolitans, or the archbishops who oversee ecclesiastical provinces — in the U.S., usually a state.

Now some are saying that alternative plan was hatched in advance of the annual bishops' meeting in Baltimore by two-high ranking cardinals — a charge at least one of them vehemently denies.

"At no time prior to the Baltimore meeting did the two of us collaborate in developing, nor even talk about, an alternative plan," Chicago Cardinal Blase Cupich told Crux on Sunday.

Cupich called "false" a news story that alleged that he and Cardinal Donald Wuerl worked on the alternative plan "for weeks" and presented it to the Vatican's Congregation for Bishops before the four-day meeting of the U.S. prelates last week.

Wuerl and Cupich are both members of the Congregation for Bishops. Wuerl's resignation as archbishop of Washington, D.C., was accepted in mid-October after the Pennsylvania grand jury report sparked outcry about his handling of abusive priests in the early 1990s. Pope Francis asked Wuerl to stay on as apostolic administrator of the archdiocese until a successor is named.

The news story alleging collaboration by Wuerl and Cupich was published by Catholic News Agency, which is owned by EWTN. The story cited unnamed "sources in Rome and Washington," including "an official at the Congregation for Bishops" at the Vatican and "senior chancery officials" in D.C.

Cupich told Crux that he consulted with a half-dozen bishops about the plan in Baltimore, including Wuerl, but that Wuerl did not make any comments or suggestions. Wuerl also did not make any public comment on the plan at the meeting.

Like the proposed commission, the metropolitan plan would use an independent agency to receive allegations and report them to civil authorities if the allegations involved abuse of a minor. However, the alternative plan involves informing the metropolitan bishop and the chair of his lay-led independent review board, while the commission proposal called for informing the papal nuncio, or Vatican ambassador in the United States, after an investigation and report.

One advantage of the metropolitan plan is that it would be mandatory, as opposed to requiring an "opt-in," as the commission proposal does.

Although the alternative proposal came from retired Bishop Gerald Kicanas of Tucson, Cupich championed it from the floor at the meeting and submitted a written version to officials of the U.S. Conference of Catholic Bishops. It will be considered by the newly formed task force consisting of former U.S. bishops' conference presidents Cardinal Timothy Dolan of New York; Archbishop Joseph Kurtz of Louisville, Kentucky; and Archbishop Wilton Gregory of Atlanta.

Concerns about the proposed commission came from bishops from across the ideological spectrum, with Philadelphia Archbishop Charles Chaput agreeing with Cupich about the alternative plan.

The new commission, to be called the "Special Commission for Review of Complaints Against Bishops for Violations of the Standards of Episcopal Conduct," would be constituted as a separate nonprofit entity and would comprise nine members: six laypeople, two bishops and one priest. Participation in the commission would be voluntary on the part of each prelate.

Concerns raised about the commission were practical, ecclesiological and financial. The estimated startup cost of the commission — to be paid by the dioceses — is $500,000, which at least one bishop thought was too conservative of an estimate.

Discussion of the commission and the alternative proposal at the meeting were purely informational, as the Vatican's Congregation for Bishops had asked the U.S. bishops to delay planned votes on proposals to address the clergy abuse crisis, including for a new investigatory structure.