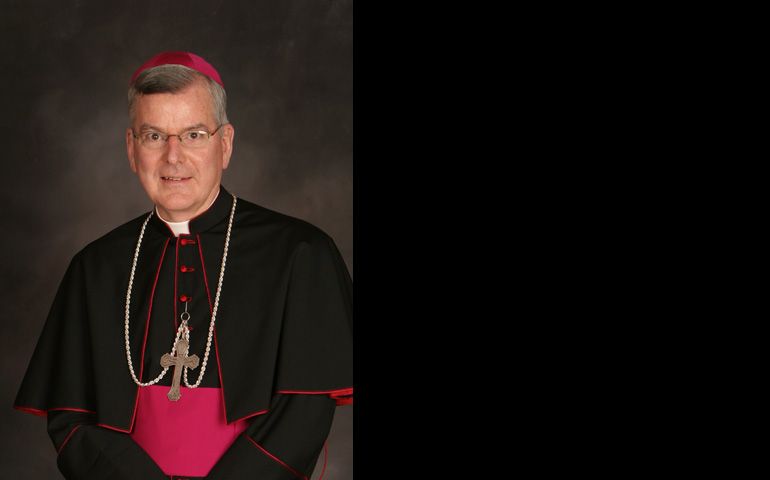 The time has come for the St. Paul-Minneapolis archdiocese to fully disclose the results of an investigation by a local law firm into allegations of sexual misconduct with adults by Archbishop John Nienstedt.

The health of any organization, especially one holding itself to the high standards of a religious community that regularly presents itself as a public arbiter of personal morality, is dependent on mutual respect and trust. Those characteristics, in turn, are dependent on transparency and accountability, particularly on the part of bishops, who hold almost unlimited authority over the Catholic community.

For a host of very public reasons, the trust between Nienstedt and much of the Catholic and civic community in St. Paul-Minneapolis has collapsed. An unrelenting and damaging stream of reports have documented cases of clergy sex abuse and the failure of Nienstedt and other chancery personnel to report or discipline clergy suspected of molesting children, leaving countless children at risk. It is clear they spent more time and effort attempting to conceal their negligence than they did being candid with the people of the archdiocese. They failed to uphold the 2002 Dallas Charter for the protection of children, the only yardstick we have to judge church leaders' pledges to keep children safe.

The erosion of trust between Nienstedt and the Catholics of the archdiocese has continued for months, leading prominent Catholics and local and national newspapers to call for his resignation.

In early July, it became public that Nienstedt himself stood accused of sexual misconduct with adult men, allegations that may span years and involve other dioceses. This only came to light when Commonweal broke the story, including the news that Nienstedt had asked Auxiliary Bishop Lee Piché to investigate the charges, which the archdiocese had received several months earlier.

Piché said the misconduct allegations "did not involve anything criminal or with minors." It is unclear whether Piché was referring to civil or church laws. Regardless, such a low bar of conduct -- "did nothing criminal" -- is hardly reassuring for Catholics who might reasonably expect a hint of the moral clarity from their leaders that clergy often demand of everyone else.

The archdiocese announced July 29 that the law firm doing the investigation, Greene Espel, had concluded its work. Piché said in a statement at that time the report "does not comprise" the entire investigation. The apparent presumption was that more time was needed to assemble further evidence that could help to corroborate the charges or possibly exonerate Nienstedt altogether, but it also raised a myriad of questions: What is the scope of the investigation? What other data would be gathered? Who would gather the data? And, finally, who would see the results?

Months of disclosures in the press and through court proceedings regarding episcopal conduct in the archdiocese point to patterns of cover-ups and misleading information. The Catholic community of St. Paul-Minneapolis has little reason to expect anything different in this instance. Only a full, public airing of the results of the investigation the archbishop himself ordered will satisfy the community's need to know.

The Greene Espel investigation was paid for by archdiocesan funds, money that comes from area Catholics. It was considered important because the allegations go to the heart of Nienstedt's credibility as a leader in the Roman Catholic church. This investigation cannot be construed as a private exercise of the archdiocese.

Nienstedt describes the accusations as "absolutely and entirely false," the result of "a personal attack" precipitated by his "unwavering stance on issues consistent with church teaching, such as opposition to so-called same-sex marriage."

The archbishop has every right to defend his reputation. At the same time, Catholics have every right to know if allegations of sexual misconduct with adult men have substance.

These findings, contained in an official report by independent investigators, are not unrelated to stands the archbishop has taken leading a campaign to limit the legal rights of gays.

Nienstedt said that the apostolic nuncio, who represents the Vatican in the United States, was informed of the allegations and will be informed of the results of the investigation.

We can only presume the nuncio, Archbishop Carlo Maria Viganò, will see the completed report.* To leave it there, however, only reinforces the public perception of an inbred clerical culture of celibate men who deem themselves above any public scrutiny. We're glad the nuncio will know the truth, but he's not a member of the church of St. Paul-Minneapolis, and he remains relatively unaffected by what's going on there.

If Nienstedt had any sense of the grave public scandal he's given with his mishandling of clerical sex abuse cases, he would have done the honorable thing and resigned long before questions of his personal behavior became an issue.

"A bishop's role is more like that of a father of a family than that of a CEO. I am bound to continue in my office as long as the Holy Father has appointed me here," Nienstedt said in a column in the archdiocesan Catholic Spirit newspaper.

The anachronistic analogy of father and children aside, that is an opportunistic dodge of his real responsibility to the community. If he insists on the analogy, then isn't it appropriate for the community to expect honesty in a familial relationship?

Archbishop Nienstedt, disclose the findings of the investigation now.