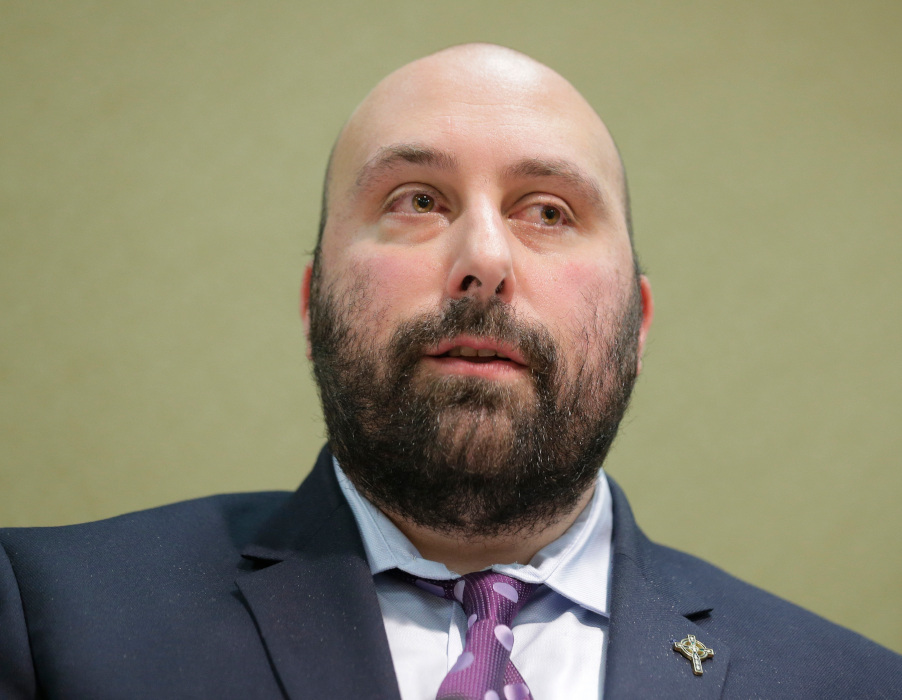 Former Roman Catholic Cardinal Theodore McCarrick abused a teenage boy in the 1990s when he was leader of the Archdiocese of Newark, according to a lawsuit filed under a newly enacted New Jersey law that gives accusers more time to make legal claims.

Another lawsuit filed by two of six sisters alleges that a now-deceased priest who had previously worked for the archdiocese abused them and their siblings for nearly 10 years after he was transferred to Pennsylvania.

“This is a momentous day for our family because we can finally move forward in our search for justice,” one of the sisters, Patty Fortney-Julius, said at a news conference Monday.

A law that was passed by New Jersey in the spring and went into effect Sunday allows child sex abuse victims to sue until they turn 55, or within seven years of their first realization the abuse caused them harm. The previous limit was two years.

Victims previously had a two-year window to file claims.

Fortney-Julius and her sisters allege the Roman Catholic Archdiocese of Newark knew that Augustine Giella had abused children well before their abuse began in the early 1980s, after his transfer to the Harrisburg diocese.

Her sister, Lara Fortney-McKeever, recalled through tears Monday how Giella came to her fifth grade classroom seeking volunteers for jobs around the rectory.

“I quickly raised my hand,” she said. “That is the day I have regretted for over three decades, and it will haunt me for the rest of my life. I introduced this monster to my entire family, and it shattered us.”

In an emailed statement, the Newark archdiocese said it “will continue to cooperate and work with victims, their legal representatives and law enforcement authorities in an ongoing effort to resolve allegations made and bring closure to victims.” 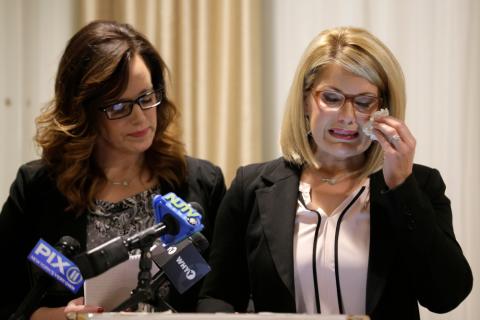 As Patty Fortney-Julius, left, offers support, her sister Lara Fortney McKeever cries as she speaks to reporters during a news conference in Newark, N.J., Monday, Dec. 2, 2019. The two sisters from Pennsylvania are suing the Archdiocese of Newark and the Diocese of Harrisburg, Pennsylvania. They allege clergy in Newark knew a priest had sexually abused children before he moved to Harrisburg and abused them and their sisters for years. Lawsuits alleging sexual abuse by Roman Catholic clergy are taking center stage in New Jersey as the state's relaxation of statute of limitations rules takes effect. (AP/Seth Wenig)

The sisters’ accounts were among hundreds in last year’s investigation on clergy sexual abuse conducted by a Pennsylvania grand jury that provided impetus for New Jersey legislators to act this year.

About two dozen states have changed their laws on statutes of limitations this year, and several others have created so-called lookback windows for lawsuits, as New Jersey has. The Fortney sisters sued in New Jersey because Pennsylvania lawmakers declined to pass a lookback provision this month.

McCarrick, who also served as archbishop of Washington, D.C., and was one of the highest-ranking, most visible Catholic Church officials in the United States, was defrocked in February at age 89 after a church investigation determined he sexually abused minors, as well as adult seminarians.

In a lawsuit filed Monday, John Bellocchio alleges McCarrick sexually assaulted him when he was 14 and McCarrick was visiting Bellocchio’s parish in Hackensack, New Jersey. Bellocchio’s attorney, Jeff Anderson, said his client’s lawsuit is the first to name McCarrick as a defendant.

It also names the Newark archdiocese as a defendant, but not Vatican officials. It does, however, allege Vatican officials were aware of McCarrick’s behavior yet continued to promote him to ever higher positions.

“He never would have been able to do the things he did and rise up the ranks the way he did without their complicity or consent, implied or otherwise,” Bellocchio, now 37, said at a news conference.

Anderson said that McCarrick is living at a friary in Kansas but that he will seek to take a statement from him “as soon as possible, given his age.”

The Associated Press was unable to immediately find a contact for McCarrick or a representative who could comment on his behalf.

The AP does not name typically name people alleging sexual abuse unless they provide their consent. The plaintiffs in these lawsuits have come forward publicly, and the sisters testified this year at the New Jersey Statehouse.