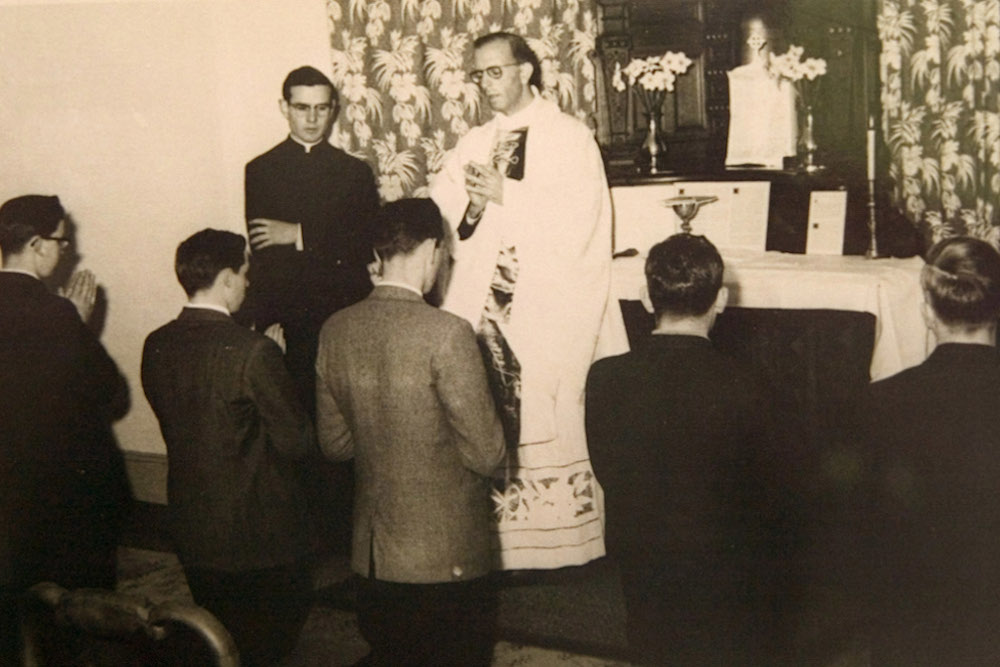 Fr. Marcial Maciel Degollado, founder of the Legionaries of Christ, leads students in taking an oath at a Legion of Christ school in Ireland in this circa 1962 photo. (CNS)

Fr. Marciel Maciel Degollado, founder of the Legion of Christ.

It is stunning the degree to which that phrase represents, in the individual and the organization, the deep corruption that has existed in the heart of the Catholic community — and at its highest levels — during much of the past century.

Some of that stark reality has finally surfaced in a report from the Legion, hardly the last word on the matter, that found that 33 priests and 71 seminarians of the order sexually abused minors over the past 80 years. A third of the priest abusers were themselves abused by Maciel. Many of them went on to abuse others, an intergenerational nightmare of evil begetting evil. A total of 175 minors were abused by the priests, according to the report. No number is recorded of those abused by the seminarians, many of whom were not ordained or left the order.

NCR knows well much of the story that precedes these tallies, for we documented what was going on as it occurred over decades. Links to a fair representation of that coverage can be found accompanying this editorial. We need to remember the history.

The church also needs to elevate and acknowledge the courage of the survivors, Maciel's many victims and his victim's victims. It owes a special debt of gratitude and acknowledgement to those men who, years ago, were so appalled at the fawning privilege bestowed by Pope John Paul II on Maciel that they dared to speak out. They were ignored and dismissed by John Paul and denigrated by his acolytes, particularly among the Catholic right in the United States.

The church at large also owes a significant debt of gratitude to Jason Berry and the late Gerald Renner, who initially pierced the cloying veneer of piety to expose the duplicitous activities of the Legion. One of the earliest pieces ran in the Hartford Courant, where Renner was religion editor. NCR ran a report of that early story. Berry persisted, after Renner's death, to dig deeper into the founder's history of abuse and also documented the money that Maciel distributed around the Vatican, essentially buying protection from multiple investigations and the scrutiny of those who understood the layers of fraud upon which his reputation rested. Much of Berry's later reporting appeared in the NCR print issues and website.

The history is important — and millennials especially should take heed — because it is an important cautionary tale that warns we should all exercise a healthy skepticism in assessing the latest religiously charismatic persona who appears on the horizon, holier than holy and convinced that he or she has all the answers. A slight turn on the old saw applies here — if he or she seems too good to be true, that's probably the case.

One should also beware the money. Maciel was an absolute standout as a fundraiser even as he was sexually assaulting young students in his seminaries and fathering children by at least two women on different continents. One can only conclude that those in charge overlooked an enormous amount of evidence to the contrary to remain convinced that he was the exemplar of Catholic priestly vocation.

Finally, be careful about those priests, particularly the cohort of younger ones who idolize John Paul and his idea of "heroic priesthood," which he viewed as best exemplified by Maciel, the cleric he once described as an "efficacious guide to youth." Indeed. It is a model of priesthood built on sand and grand delusions about ontological differences and other hierarchical nonsense.

The caution should apply as well to Regnum Christi, the secular group attached to the Legion. It is built on the same foundation as the Legion itself. 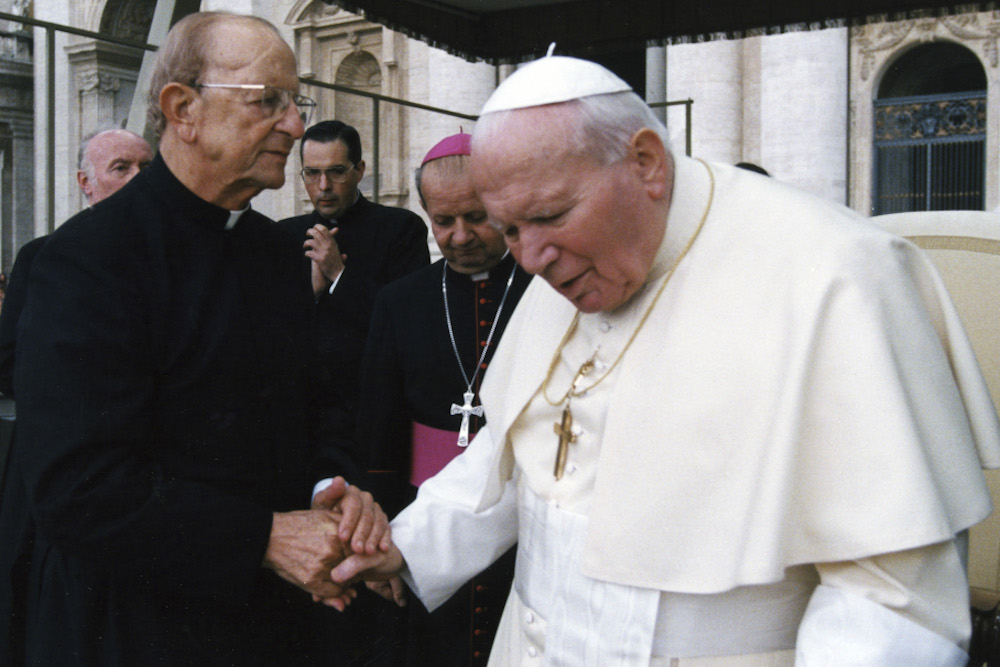 Such skepticism would have served well in the past when the intellectual architects and stalwarts of the American Catholic right, those who constructed the rigid mandates of contemporary "orthodoxy," hailed Maciel and his Legion as indicators of the best future for Catholicism. God spare us.

One of the principals of that cabal, which included such Catholic right luminaries as George Weigel and Mary Ann Glendon, was the late Fr. Richard John Neuhaus. He vilified the reporters and publications, NCR at the top of his list, who persisted in digging into the story of Maciel's corruption.

In March 2002, Neuhaus, in First Things, the far-right publication he founded, penned a reflection under the subhead "Feathers of Scandal," and "occasioned by an attack on Father Marcial Maciel Degollado, the eighty-two-year-old and much revered founder of the Legionaries of Christ, one of the more vibrant and successful renewal movements in contemporary Catholicism."

It was a wordy and windy screed, denigrating reporters, their publications, and asserting that asking such probing questions was evidence of a "hostility" toward Maciel and the Legion.

Neuhaus' pomposity knew few limits, and he concluded in the same piece, that "after a scrupulous examination of the claims and counterclaims, I have arrived at moral certainty that the charges are false and malicious."

Given the usual glacier pace of life in the Catholic world, history acted quickly to reveal the truth, and where the false and malicious actually lay, in the Maciel/Legion case.

Maciel was banished from public ministry in 2007 by Pope Benedict XVI, after an extensive investigation turned up abundant evidence of his abuse of minors. Maciel died the following year.

Something unsettling attaches to such a damning announcement released days before Christmas, whether or not intentionally timed. But if there is a consolation to be found in the intersection of this disturbing Legion report with our observance of the Incarnation — perhaps it has to do with a rediscovery, through the pain of this sordid recent history, of the redemptive humility of the crib.

God in this most vulnerable state has nothing to do with an ecclesiology or a manufactured orthodoxy that trades on privilege, power and deception. Perhaps as an institution, the church is being forced to the most authentic observance of Christmas, in all of its sparseness.

A version of this story appeared in the Jan 10-23, 2020 print issue under the headline: Finally, the Legionaries' terrible truth.