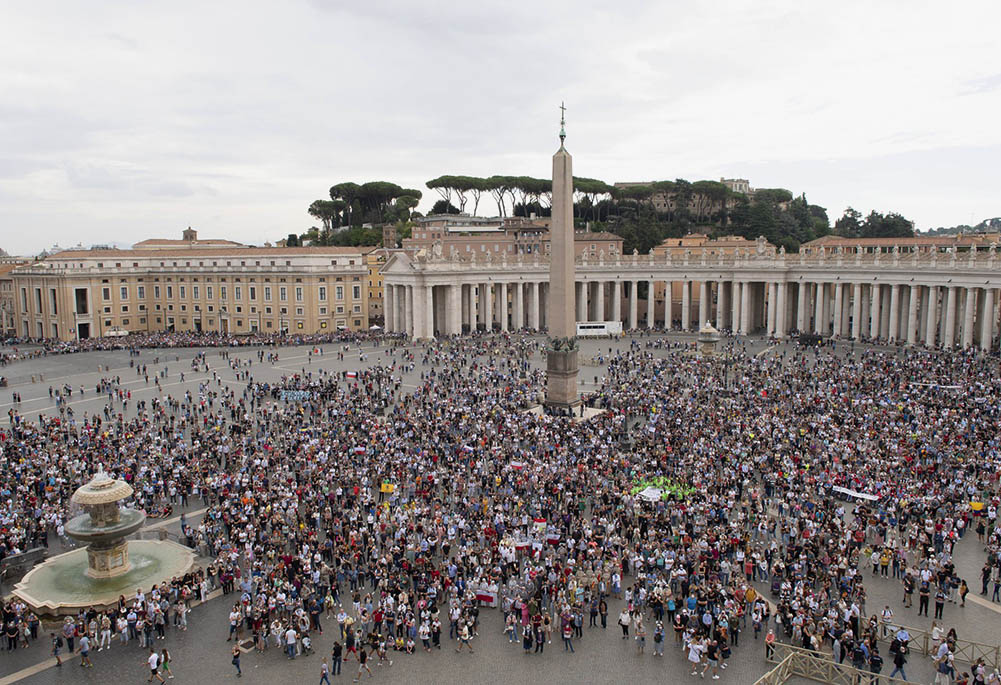 People attend the Angelus led by Pope Francis from the window of his studio overlooking St. Peter's Square at the Vatican Oct. 4. (CNS/Vatican Media)

Just days before Pope Francis officially opens the two-year process for the next Synod of Bishops, an independent report into France's history of clerical abuse revealed the abuse of more than 333,000 children at the hands of church officials. The report was filled with damning evidence similar to those released in Australia, Germany, Ireland, the United States and elsewhere over the last two decades.

The synod on synodality, which begins Oct. 9, has grand aspirations to reshape the Catholic Church's ability to engage its members and revitalize its mission. In large part, Francis is betting that a more synodal church — that is, a participatory, listening church — just might be the cure to a church marred by decades of clericalism and abuse.

The entire undertaking, Boston College theologian Rafael Luciani told NCR, is "enhancing a new ecclesial way of proceeding inspired by a practice of transparency and accountability."

For Francis and the organizers of the Synod of Bishops, the retooled process is a manifestation of the Second Vatican Council's call for "renewal," rooted in the experience of the "People of God." And for some observers, even close allies of Francis, this is a make-or-break moment for a pope who is trying to ensure that long after he is out of office, that the synodal process is a lasting reform of the church.

'The opposite of clericalism is co-responsibility'

In the opening pages of the synod's recently released preparatory document, the church's painful history of abuse is put front and center as a motivating factor for the re-envisioned synod process.

"We cannot hide from the fact that the Church herself must face the lack of faith and the corruption even within herself," it states. "In particular, we cannot forget the suffering experienced by minors and vulnerable people 'due to sexual abuse, the abuse of power and the abuse of conscience perpetrated by a significant number of clerics and consecrated persons.' " 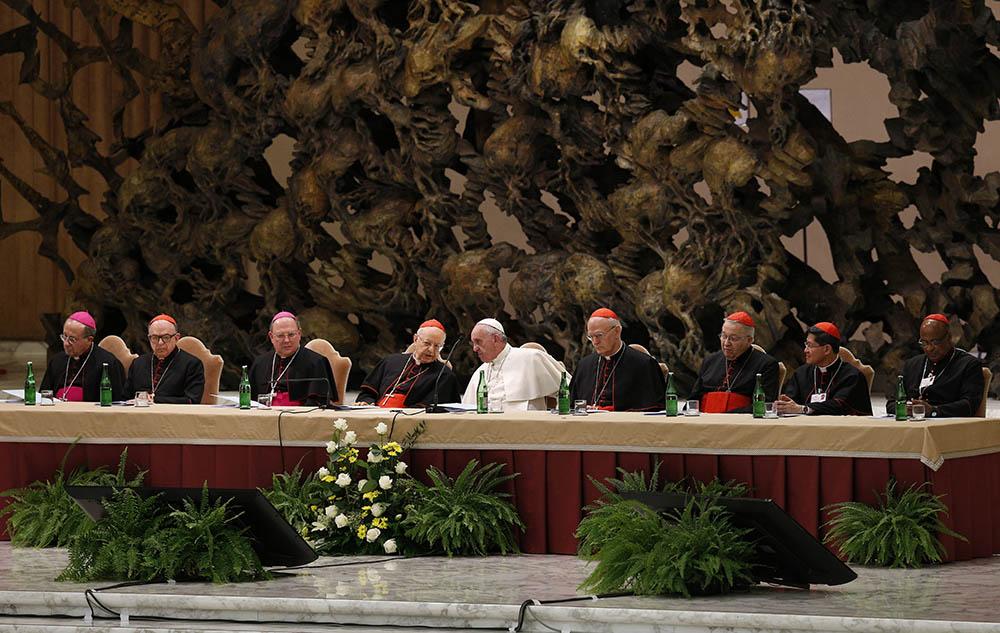 Synods of Bishops, with the first held in 1967, have historically involved prelates from around the world coming to Rome to discuss a certain theme for a monthlong summit.

Last spring, however, the Vatican announced that the previously scheduled 2022 Synod of Bishops would be delayed to 2023 in order to include participation from the entire church, beginning with a local diocesan phase to better understand the needs and realities at a more grassroots level.

"In order for synodality to work, it implies building a new ecclesial way of proceeding that will affect the way in which we understand and live our relationships," Boston College's Luciani said.

Part of this process is what some have dubbed co-responsibility, which is hoped to be the antidote to a clerical church that allowed the warnings of abuse victims to go unheeded and the cover-up of abuse to fester for years.

"The synod's success will be commensurate with our ability to include as many diverse voices and perspectives as possible," Kerry Robinson of the Leadership Roundtable told NCR via email. "To achieve that, certain ground rules of candor and charity, the presumption of goodness in one another, and a preferential option for voices often excluded are needed." 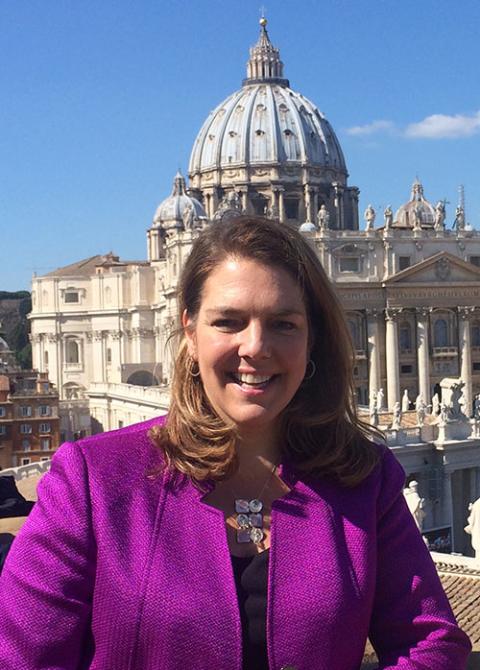 Leadership Roundtable, which was founded in the wake of the abuse crisis in the United States, has spent much of the last two decades working with dioceses to promote a model of co-responsibility as a best practice for church governance.

And according to Robinson, "Clericalism is at its most pernicious when it excludes, invalidates, or dismisses the voices of laity.

"The opposite of clericalism is co-responsibility — lay, religious, and ordained leaders working together to advance the mission of the church," said Robinson.

As the abuse crisis began to resurface in the United States in 2018 and unravel in places like Chile, Francis pointed to clericalism as its root cause.

"Clericalism, whether fostered by priests themselves or by lay persons, leads to an excision in the ecclesial body that supports and helps to perpetuate many of the evils that we are condemning today," the pope wrote. "To say 'no' to abuse is to say an emphatic 'no' to all forms of clericalism."

For the pope, decades of clericalism have resulted in an abuse of power in the church that has gone unchecked and unchallenged. The synod process, which begins by listening and putting those experiences first, is, for the pope and synod organizers, the formal means to begin to do just that.

"To move our church toward the synodal vision of Pope Francis and forward from crises of abuse and leadership failures, the synod process invites us to become fully co-responsible, to embrace transparency, and take accountability for its outcomes," said Robinson.

Luciani echoed that observation, saying, "It is precisely because we do not have a synodal church that clericalism exists."

Synodality, he continued, "reconfigures the way in which we understand the identity and relationships amongst all faithful in the church, because it is rooted in baptism and the co-responsibility that comes after, and not in the sacrament of orders and the hierarchical status of a minister."

Synods as a healing process

As abuse has wreaked havoc in Catholic communities across the globe, the synodal process has already been seen as one step in the healing process.

According to Luciani, in his native Venezuela, one diocese recently went through a two-year process of discernment and formation to build a whole system of prevention and correction of abuses.

He said the synod-like process led to not only the establishment of an office to receive and evaluate abuse allegations, but a formation process for more than 100 lay leaders, priests and religious that helped "implement accountability" starting at the ground level. 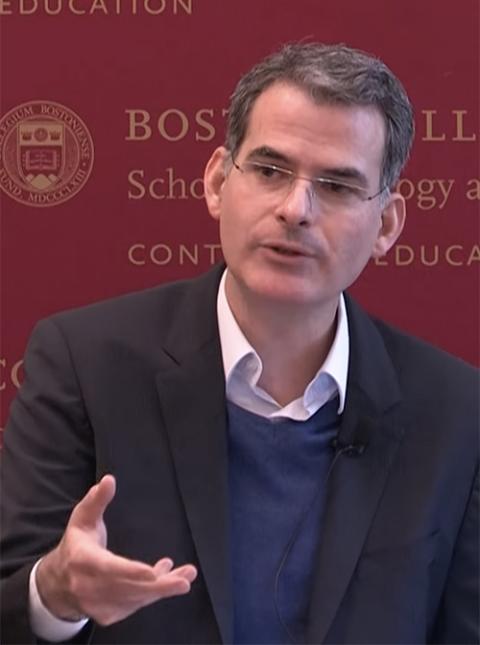 "It has been a unique model of how to build a culture that can heal the wounds of the church in regards to the crisis of abuse," said Luciani, who hopes what he witnessed on a local level in Latin America can be replicated more globally during the two-year synod process.

In Germany, the local church has embarked on a closely watched Synodal Path in response to abuse scandals.

While some critics have lamented that the Synodal Path has the potential to be "schismatic" for raising questions related to neuralgic doctrinal concerns, such as women's ordination and the extent to which the church can welcome or bless gay couples, the country's bishops have unanimously agreed to the process.

In Australia, a national Plenary Council is currently underway, envisioned in large part in response to the country's Royal Commission into Institutional Responses to Child Sexual Abuse, which released its report in 2017.

Archbishop Mark Coleridge of Brisbane, president of the Australian Catholic Bishops' Conference, pushed for the council after his own participation in the 2015 synod on the family in Rome, where he recognized its transformative potential.

While in the midst of the country's ongoing Plenary Council, he told NCR that one major takeaway that he would offer to the universal church is to realize that synods can be a complicated process — and that's OK.

"There's no shortcut once you enter a process of serious discernment. It's slow and messy. Dictatorship is always quicker and cleaner," he said.

"The danger is to lose your nerve, to think it's all out of control when it's not," he added. "The call is to trust the process and the Holy Spirit who stirred the process and sustains it. The Spirit is moving in new and unexpected ways in the church both here and around the world, but 'the still small voice' is hard to hear in the midst of all the often contradictory voices." 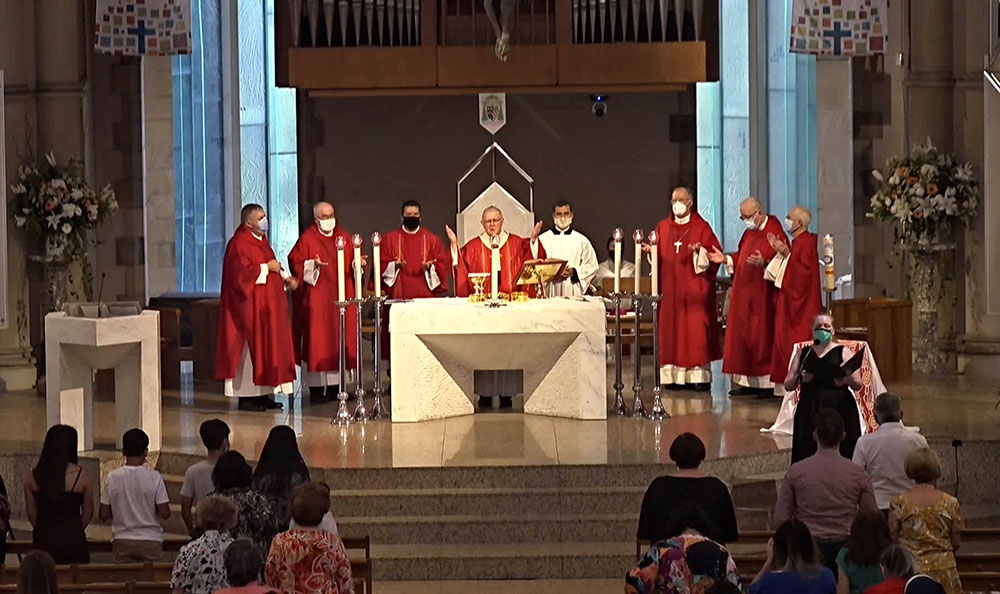 Archbishop Mark Coleridge of Brisbane celebrates the Eucharist during the opening Mass for Brisbane members of the first assembly of the Plenary Council in Brisbane, Australia, Oct. 3. (CNS/Courtesy of Australian bishops' conference)

Francis is likely to offer a similar message when on Oct. 9 he addresses synod delegates at the Vatican's synod hall and six testimonials are offered from different continents. The following day, on Oct. 10, he will celebrate the synod's opening Mass at St. Peter's Basilica. The bishops of every diocese around the globe have been asked to formally open the process in their home dioceses on Oct. 17.

Their arrival in Rome comes at a time when the U.S. church is especially divided over issues back at home regarding President Joe Biden and whether pro-choice Catholic politicians should be denied Communion.

But for Coleridge, such issues shouldn't distract from the synod process.

"Resist the infiltrations of politics and ideology at all costs: there's something greater than Solomon here," he advised. "Live with the polarizations and rise above them, which requires lateral thinking and a fresh evangelical imagination à la Pope Francis."

Following this weekend's official launch, the synodal process will continue — extending beyond the diocesan phase to a national phase, followed by a continental phase and culminating eventually in fall 2023 in Rome.

Coleridge's advice to all: "Enjoy the ride: It's extraordinary."

Related: Editorial: Let's give the Holy Spirit a chance at synod on synodality
This story appears in the Synod on Synodality feature series. View the full series.