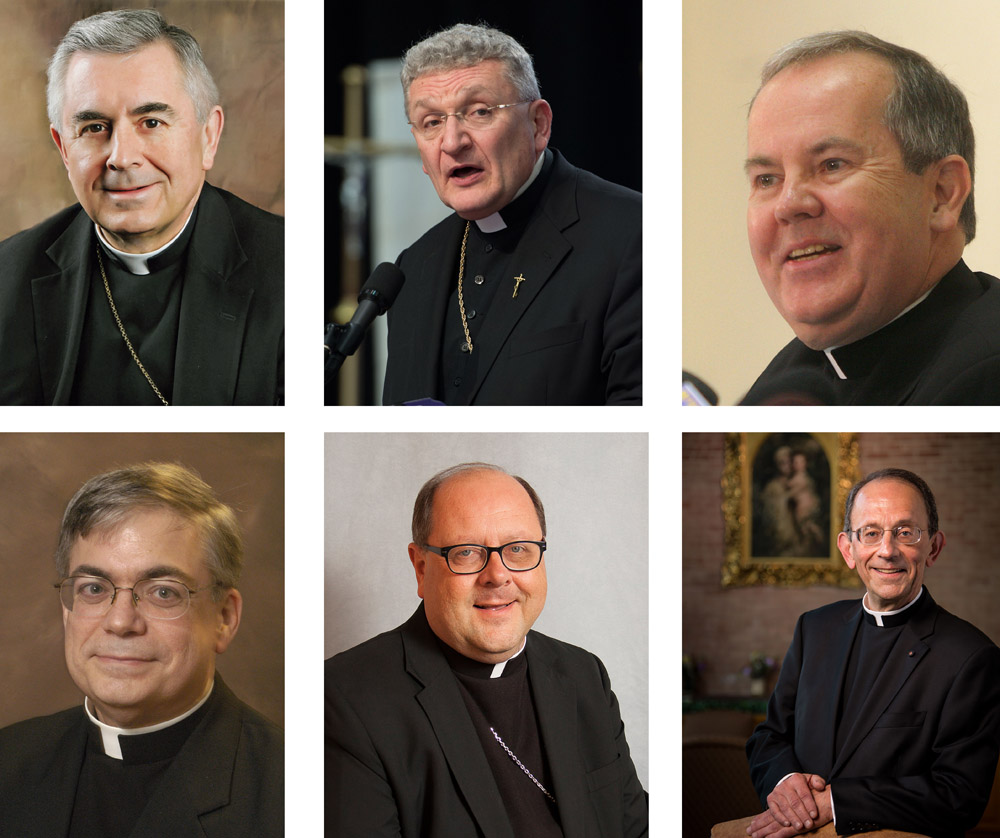 This story was updated at 4 p.m. Central Time with new information throughout the article.

More than 300 Pennsylvania priests were accused of committing sexual assault and their bishops covering up for them in a wide-ranging grand jury report that detailed some of the most damning accusations brought against the Catholic Church.

"There have been other reports about child sex abuse within the Catholic Church," the grand jury wrote in a report released today. "But never on this scale. For many of us, those earlier stories happened someplace else, someplace away. Now we know the truth: It happened everywhere."

Some 1,000 people were estimated to be victims in the report, which spanned 70 years and was built on church records and testimony from victims and witnesses. The jury said thousands more victims were likely affected but hadn’t come forward or weren’t able to come forward.

Almost all the instances of abuse occurred too long ago for prosecution, save for two priests: John Sweeney of Greensburg pleaded guilty and charges are pending against David Poulson of Erie.

"We all wish more charges could be filed," Pennsylvania Attorney General Josh Shapiro said at a press conference Aug. 14, "but due to the church's manipulation of our weak laws in Pennsylvania too many were out of reach."

Among the abusers detailed included Fr. Chester Gawronski of Erie, who told young boys he abused he was giving them cancer checks. In Allentown, Fr. Michael Lawrence confessed his sexual abuse of a boy to a monsignor, who through the diocese ruled the experience wouldn't be a "trauma" for the victim. A priest in Greensburg impregnated a 17-year-old, married her and divorced her. Rather than being turned into authorities, he was transferred to a parish in another state.

Harrisburg priest Augustine Giella was found to have abused five daughters from a family of nine children that was active in the church community. Memorandums between church leaders showed knowledge of his abuse, but he didn’t face legal issues until the family later reported him to police. Later, former Bishop Nicholas Dattilo wrote the family apologizing and promising full cooperation in a civil matter. The diocese ended up fighting to get what became a million dollar settlement down to $225,000.

Chancery officials and diocesan priests who were named in the report as having been accused of cover-ups later were promoted some to higher ranks in the church, including Pittsburgh Bishop David Zubik and former Pittsburgh Bishop Donald Wuerl, now a cardinal and archbishop of Washington.

"The men of God responsible for them not only did nothing," Shapiro said, "they hid it."

Zubik released a statement saying, "We cannot bury our heads in the sand. Swift and firm responses to allegations should have started long before they did."

"The Diocese of Pittsburgh today is not the Church that is described in the Grand Jury Report," he said. "It has not been for a long time. Over the course of the last 30 years, we have made significant changes to how we prevent abuse and report allegations."

Harrisburg Bishop Ronald Gainer called the abuse allegations a cause of great sadness and called for victims to continue coming forward.

"Many of those victimized as children continue, as survivors, to suffer from the harm they experienced," he said in a statement. "In my own name, and in the name of the Church of Harrisburg, I ask for forgiveness for the sinfulness of those who have committed these crimes and helped create an environment that tolerated or accepted this behavior."

Erie Bishop Lawrence Persico was the only bishop to testify in front of the grand jury. Shapiro singled him out to praise his transparent behavior. In a press conference this afternoon, Persico apologized to the victims.

"I hope that you can accept it," he said. "I know that apologizing is only one step in a very long and complex process."

Fr. Thomas Doyle, a canon lawyer who testified twice before the grand jury, described the report as "thorough and fearless." He credited the investigators with providing names and specifying exactly how the abuse occurred.

"This report by the Pennsylvania Grand Jury is actually helping the church if you consider the church to be the people of God," he said. "That’s what’s completely necessary, a completely thorough and honest uncovering."

The six Pennsylvania dioceses were given copies of the report in May and the public dissemination was expected to come by the end of June. But a court challenge from several clergy members, including former Erie Bishop Donald Trautman, kept the report sealed for several weeks until the state Supreme Court ordered its release, with certain names redacted.

Trautman was listed multiple times in the report. Shapiro said he had knowledge of at least three victims but didn't promptly come forward with the information except in a 2003 letter to the Vatican. He later talked of the abuse to authorities.

"The truth is Trautman and the Diocese of Erie intentionally waited out the statute of limitations," Shapiro said.

In addition to detailing the accusations, the grand jury used the report to issue recommendations for better preventing and punishing sexual abuse in Pennsylvania. The recommendations included eliminating statutes of limitations for criminal cases of sexual assault in Pennsylvania , creating a two-year window for civil action for people who have previously been abused but unable to seek civil claims under the statute of limitations, and tightening mandatory reporter laws.

Shapiro called on legislators to pass them.

"That is the real test that will determine whether or not things have changed," he said, "or if it will be justice as usual when the dust settles."

In recent years, Catholic leadership in Pennsylvania has opposed legislation that would remove the statute of limitations. State Rep. Mark Rozzi, who was sexually abused by a priest, has been instrumental in trying to get new laws passed. After the release of the report, he said he already spoke with House leadership about modifying a bill to reflect the grand jury's recommendations. Rozzi still believes the Pennsylvania Senate will oppose change.

"It's time we put victims first," he said, "or we're no better than the bishops."

Persico said the recommendations should be looked at but declined to say he supported them. Doyle is concerned that will be the typical response from the church.

"What the bishops ought to do as a group is get up and say we agree with everything in the report," Doyle said. "I anticipate they'll weasel out of it."

This is a developing story. Watch NCRonline.org for updates.

A version of this story appeared in the Aug 24-Sept 6, 2018 print issue under the headline: Pennsylvania grand jury accuses 300 priests of abuse.