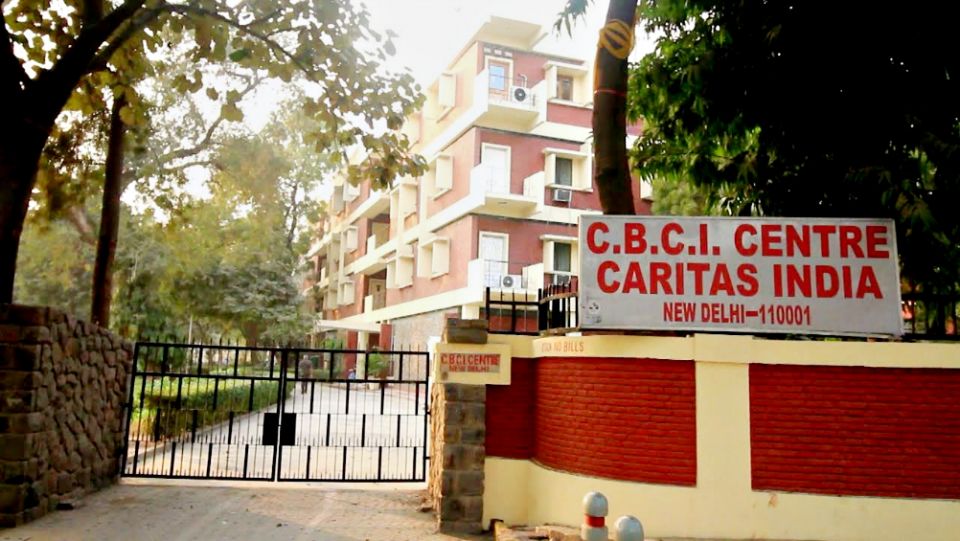 New Delhi — Catholic dioceses and religious congregations in India are in the process of implementing a set of guidelines that the bishops' conference required when it released its sexual harassment policy for the workplace two months ago.

A 60-day checkpoint for setting up diocesan and congregation committees as the first stop for sexual harassment complaints passed on Nov. 14 without much progress, but response has also been slow to similar directives in a 2013 national law.

The "CBCI Guidelines to Deal with Sexual Harassment at Workplace" were released Sept. 14 by the Catholic Bishops' Conference of India amid demands from church groups for a policy to rein in increasing sexual abuse cases involving priests.

Though the 28-page document, which took two years to prepare, steers clear of mentioning priests, those demanding action against clergy abuse still find it a welcome step by the Indian church.

Astrid Lobo Gajiwala, a laywoman theologian and a founder and member of the Indian Christian Women's Movement, said publication of the much-awaited guidelines is a "cause of celebration" as the document fills "a critical lacuna in the church."

Gajiwala was among more than 100 theologians, women religious, priests and feminists who wrote to the bishops on March 22, a month after a Catholic priest was arrested for allegedly raping and impregnating a minor girl, his parishioner, in Kerala, southern India.

The new document sends "a strong message that the bishops mean business when it comes to zero tolerance of violence against women that they advocate in their Gender Policy," Gajiwala told NCR. She was referring to the "Gender Policy of the Catholic Church," which the Indian bishops' conference published in 2010.

Yet the sensitivity of the topic was evident in that bishops responsible for the policy deferred comment to a female secretary of the conference's Council for Women.

What the bishops have done in the new guidelines is to draw heavily from a 2013 national law on the same matter but also extend it to men and transgender people as possible victims of abuse.

The church document asks dioceses and religious congregations in India to set up five-member complaints committees at their headquarters. Similarly, all church institutions that employ 10 or more people should create an internal committee. The bishops' conference directed that the committees be formed "preferably" within 60 days of the guidelines' publication.

The internal committee should include:

A committee's term is three years.

Complaints must be made within three months of the incident or of the latest occurrence. The committee has three months to complete its investigation of a complaint. If it finds the complaint is valid, the panel suggests appropriate action against the accused and compensation for the victim, or action against anyone making a malicious complaint.

The body then issues a report to the diocesan or provincial committee with a copy to the bishop or the provincial. The higher committee must act on the report within 60 days.

An annual report on cases must be forwarded to the bishop or provincial and the legal district officer.

"Efforts must be made to restore the faith and confidence of the victim as well as of the community."

The document stresses care and healing for the victim, urging the church to deal with him or her in a fair and compassionate manner. Medical, financial, spiritual and other necessary assistance should be offered.

"Efforts must be made to restore the faith and confidence of the victim as well as of the community," the document says.

Gajiwala finds the guidelines' "biggest strength" in its call for gender-sensitive structures in church institutions.

Sr. Jessy Kurian, a lawyer of India's Supreme Court, hails the guidelines as a "boost to women in the Catholic institutions" in the country.

"It is a positive initiative against sexual harassment. Now women have a platform to redress their grievance to this effect," the sister of St. Ann of Providence, Secunderabad, told NCR.

Both Gajiwala and Kurian welcomed the church document's gender-neutral approach. "It is true that most of the managers and principals in Catholic institutions in India are men, and they also need to be protected. However, there are some apprehensions regarding the same," Kurian said.

Gajiwala said she initially wanted the document to be gender-specific but now feels comfortable with its neutral stance.

"Men, too, are victims of sexual harassment. In the West, many of the cases of pedophilia in the church involved young boys. I have been told that our seminarians are sometimes victims, so it's good that they, too, have access to redress for grievances," she said.

She was "pleasantly surprised" that the guidelines recognize the possibility of those whom Indians refer to as the "third gender" becoming victims of sexual harassment.

Virginia Saldanha, another laywoman theologian and member of the initial policy drafting team, also welcomed the church's acknowledging other genders, but does not want that focus to dilute or prejudice complaints by women.

She called the new directive "the first step in the process of addressing the issue of sexual harassment."

Sr. Talisha Nadukudiyil, secretary of the bishops' Council for Women, which prepared the guidelines, says the council first sent the document to all bishops and then to major superiors of religious congregations.

"The response from all quarters is positive," the member of the Sisters of the Destitute said Nov. 17, three days after the compliance checkpoint passed. "It will take more time to set up committees," she said, adding that bishops and major superiors need first to study the document.

Kurian says about 98 percent of Catholic institutions have not set up internal complaints committees mandated by the 2013 government law, so it would be unlikely to have met the bishops' preferred deadline by now.

The lawyer also points out the bishops' vulnerability. "If the employers do not comply, CBCI cannot give any punishment. It can only recommend or advise," she explained.

Gajiwala welcomed the document's insistence on annual reports to the district officer. "This is crucial because sexual abuse cases in the church, particularly when they involve priests and nuns, are usually hushed up. And the reputation of the church and the welfare of 'brother priests' are frequently given precedence over justice for the victim," she said.

Saldanha is not concerned that the guidelines do not specify how to handle priests as offenders. "In the case of the abuse of religious women," she said, "the accused could be a religious or diocesan priest. Both are covered either by their religious congregation or the diocese."

Kurian says she discussed the guidelines' gender neutrality with 152 women working in various Catholic institutions in India. They unanimously agreed it could lead to abuse of power and authority by male supervisors. "Another fear is that this provision can be used well by a man against a woman if she fails to appease him," said the nun, who has founded the Citizens Rights Trust, a nongovernmental organization based in Delhi.

She also says it is difficult to assess what actions would amount to sexual harassment against men. The policy does not give examples.

Gajiwala said the policy's informal process does not fully protect the complainant. "I know of a case where the young woman was told that if she brought a case against an offending priest it would jeopardize her chances of marriage. She withdrew her case, although the priest was very clearly guilty. Would this be considered an 'amicable' settlement'?" she asked.

She said the purpose of the internal complaints committee is to conduct an impartial inquiry and decide on a just course of action, but "the informal process could circumvent this process" if the complainant is pressured to resolve or withdraw the accusation.

The document's failure to clarify how to deal with parish priests accused of sexual harassment also leads to confusion.

Gajiwala* said since the parish is not included in the definition for "workplace," the impression given is that the guidelines apply mainly to church employees, not necessarily priests. "One has to read between the lines to include priests who minister in parishes or conduct retreats and counseling sessions," she said.

Saldanha said parishes do fall under the diocese, which is a registered body in the country. "So, they are obliged to comply" with the government's law.

"All the priests come under the bishop, who is head of the diocese, so he will be responsible for any abuse," explained Saldanha, who has served on Indian and Asian bishops' conferences.

"Also the parish is the workplace of the priests. ... They are all paid by the diocese," she said.

The guidelines mandate every employee of a church institution to sign a "Code of Protective Behavior." It is not clear whether parish priests are required to sign the code, which appears as an appendix to the new guidelines.

[Jose Kavi is the editor-in-chief of Matters India, a news portal focusing on religious and social issues in India. He is a regular contributor to NCR and Global Sisters Report.]

Correction: An earlier version of this story misattributed this statement to Sr. Talisha Nadukudiyil.