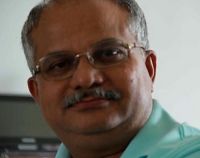 Jose Kavi is the editor-in-chief of Matters India, a news portal started in March 2013 to focus on religious and social issues in India. He had headed the India operations of Union of Catholic Asian News (UCAN) for 25 years until his retirement in 2012. He began his journalism career in 1982 after leaving the Society of Jesus as a scholastic (seminarian). He had worked with South Asian Religious News and United News of India, a national secular news agency, before joining UCAN. He is married and lives in New Delhi with his wife, son and daughter.

Bishop Franco Mulakkal of Jalandhar was arrested by Kerala police Friday, accused of raping a nun multiple times between 2014 and 2016. He is the first Catholic bishop to be arrested in a sexual abuse case against a nun in India.

New Delhi -- Catholics in a south Indian diocese want their bishop removed for allegedly misappropriating diocesan funds to lead a luxurious life with his wife and son.

Mumbai, India -- Upset that a Catholic archbishop is urging prayer and fasting ahead of national elections, Member of Parliament Subramanian Swamy of the ruling Bharatiya Janata Party has urged Prime Minister Narendra Modi to end India's relations with the Vatican and close the apostolic nunciature in New Delhi.

Sisters in India discuss how attacks, rapes are affecting their ministry