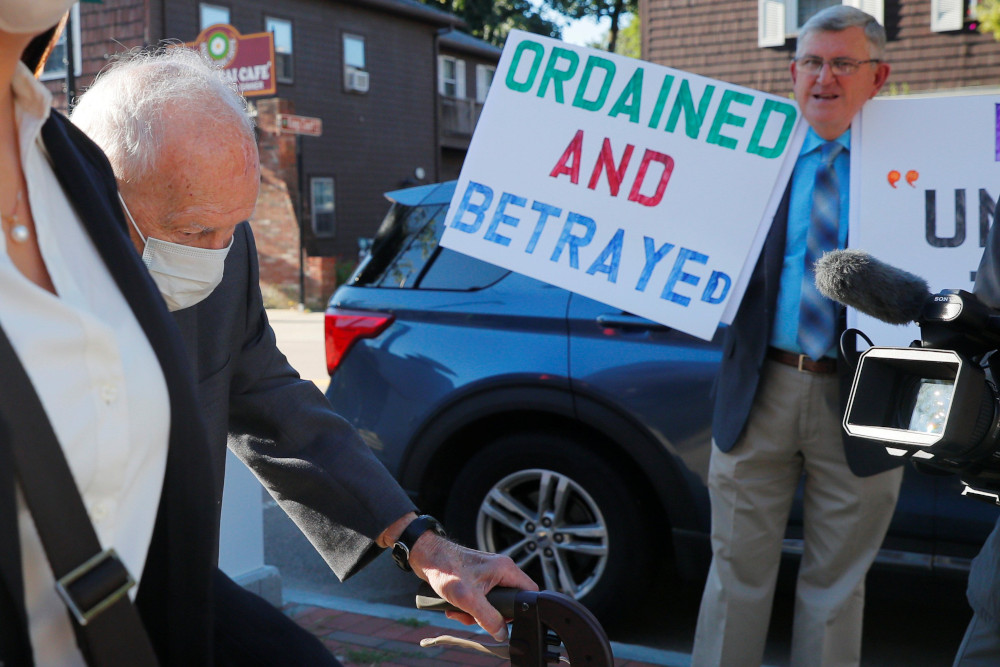 The lawsuit accuses McCarrick of sexual battery against the man, who was in his late teens and early 20s when McCarrick was bishop of the Diocese of Metuchen, in central New Jersey. McCarrick went on to become archbishop of the Archdiocese of Newark in the mid-1980s and then Cardinal Archbishop of Washington, D.C., in 2001. The lawsuit seeks unspecified compensatory and punitive damages.

In a separate case in Massachusetts, the now-91-year-old McCarrick recently became the only U.S. Catholic cardinal ever to be charged with child sex crimes, and he pleaded not guilty in a court appearance in early September.

The claims announced Sept. 16 were filed as the clock winds down on a two-year window for people to file sex abuse lawsuits regardless of how far back the alleged abuse occurred. New Jersey opened the window in December 2019, in the wake of a landmark grand jury report in neighboring Pennsylvania that detailed abuse by hundreds of clerics against more than a thousand child victims.

An attorney representing McCarrick, who now lives in Missouri, declined comment on the lawsuit Thursday. A spokesperson for the Metuchen diocese didn't immediately comment.

The two other lawsuits announced Sept. 16 name the Metuchen diocese and two other clerics, Fr. John Butler and Br. Regis Moccia, both of whom worked at high schools operated by the diocese and are both deceased, according to Jeff Anderson, an attorney representing the plaintiffs.

Moccia's name appears on a list of credibly accused clerics previously released by the diocese but Butler's does not, according to Anderson.

The lawsuit against Butler alleges he abused a boy in the late 1990s while Butler was working at St. John Vianney School in Colonia, beginning when the boy was 9. The suit against Moccia, who worked at St. Joseph's High School in Metuchen, claims he abused the boy starting when he was 14, in the early 1980s.