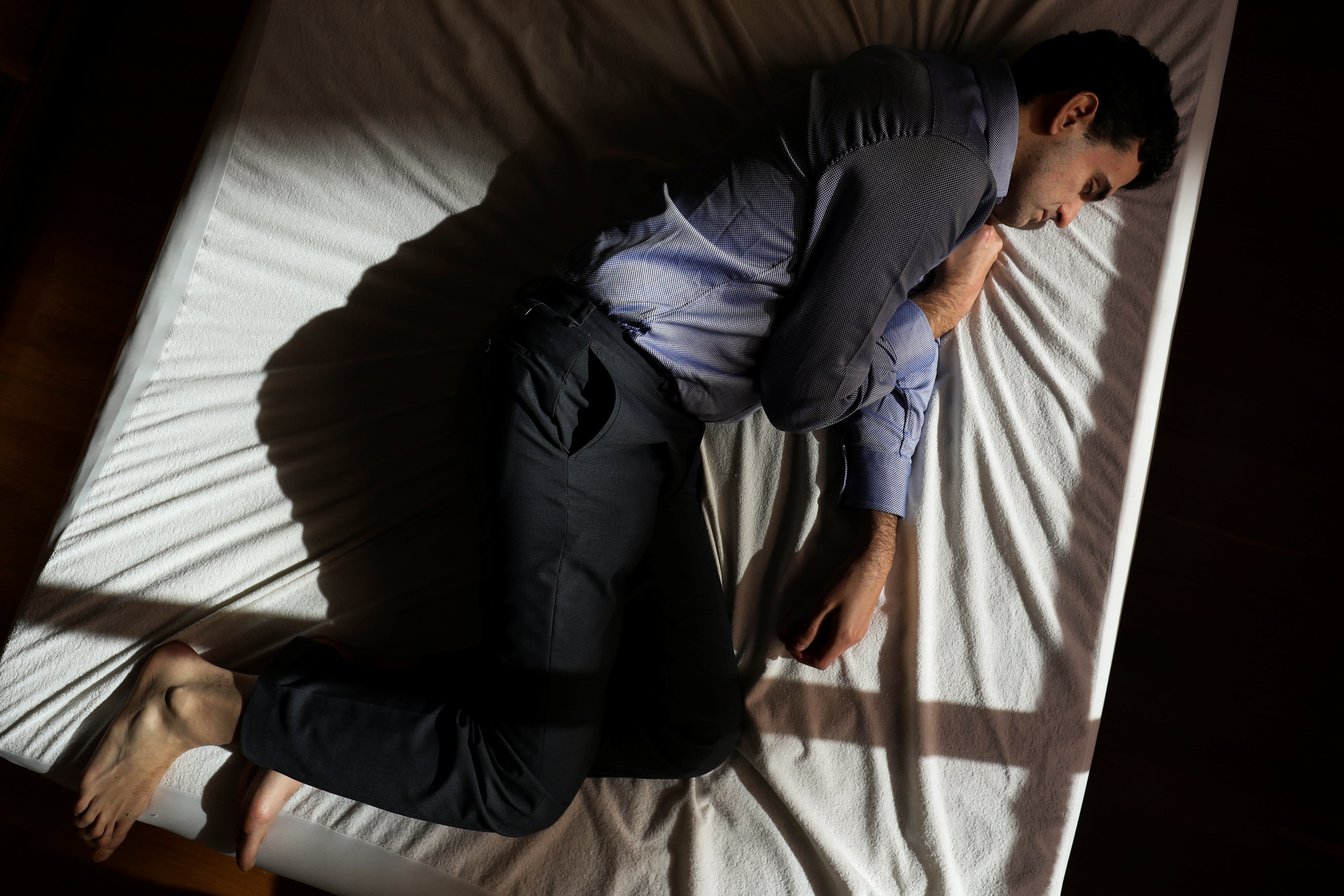 Miguel Hurtado, 36, who says he was sexually abused at the age of 16 by a Benedictine monk from Montserrat Abbey in Catalonia, poses for a portrait in Madrid, Spain, January 25, 2019. (CNS photo/Susana Vera, Reuters)

ROME — The Archdiocese of Madrid provided support, including counseling and psychological treatment, to 72 survivors of sexual abuse in 2021, according to an archdiocesan report.

"Proyecto Repara," the archdiocesan office for the prevention of abuse, released its annual report Jan. 24, detailing the number of cases of abuse reported throughout the year, as well as the services offered to survivors and their families.

At the end of the year, the office said, it also received information "on several possible cases of abuse provided by the newspaper El País in a report sent to Rome."

In mid-December, El País said it conducted a three-year investigation into sexual abuse in the Catholic Church in Spain and uncovered 251 cases of abuse dating back 80 years.

Daniel Verdú, Vatican correspondent for El País, said he gave the pope a copy of the report Dec. 2 during the pope's flight from Rome to Cyprus. El País also delivered its findings to the Spanish bishops' conference.

"The existing information is currently being reviewed, each situation is being investigated in accordance with the established protocols and, when the time comes, will be incorporated into the figures provided" in the 2021 report, the office said.

According to its website, "Proyecto Repara" was established in 2020 as an independent office where survivors of abuse, both within and outside of the church, could receive support, including legal and canonical assistance, therapy and spiritual accompaniment.

The office also works with civil authorities in denouncing cases of abuse involving minors and informs victims of their rights to report alleged abuse to police.

In 2021, the report said, the Archdiocese of Madrid helped 72 victims of abuse — 11 men and 61 women — as well as 31 members of their families. It also provided therapy to five offenders who had committed abuse.

"These people were offered more than 700 free psychological care and listening sessions, compared to 400 in 2020," the diocese said. "The demand for canonical and legal counseling also grew" in 2021.

According to the "Proyecto Repara," of the 72 abuse survivors assisted, 34 said they suffered abuse within their families; five were the victims of abuse committed by individuals with no family ties; 24 reported abuse within communities of consecrated life; four within ecclesial movements and realities; four involved priests of the Archdiocese of Madrid; and one involved a priest from another diocese.

Furthermore, the report stated that 49 cases involved sexual abuse while 23 involved "abuses of authority and conscience in the religious or diocesan area." The archdiocesan office said that eight of the 49 cases of sexual abuse involved victims who were minors at the time of report, "all of which took place within the family."

In the four cases involving priests of the Madrid Archdiocese, two adults reported being the victims of sexual abuse while two others reported abuses of authority or conscience, the report said.

Of the other cases of abuse of authority and conscience, 17 took place in religious communities and four within Catholic movements or groups, the office said.

While Pope Francis has praised religious communities, Catholic lay movements and associations for their commitment to living out the Gospel, he also warned that they are susceptible to abuses and problems, all of which stem from the abuse of power.

"To govern is to serve. The exercise of governance within associations and movements is a topic that is particularly close to my heart, especially considering — what I said before — the cases of different kinds of abuse which have occurred in these situations, too, and that they always find their roots in the abuse of power," the pope said Sept. 16.

"This is the cause — the abuse of power," he said.