Moncton archbishop: Seeking justice for abuse victims is key to a brighter future 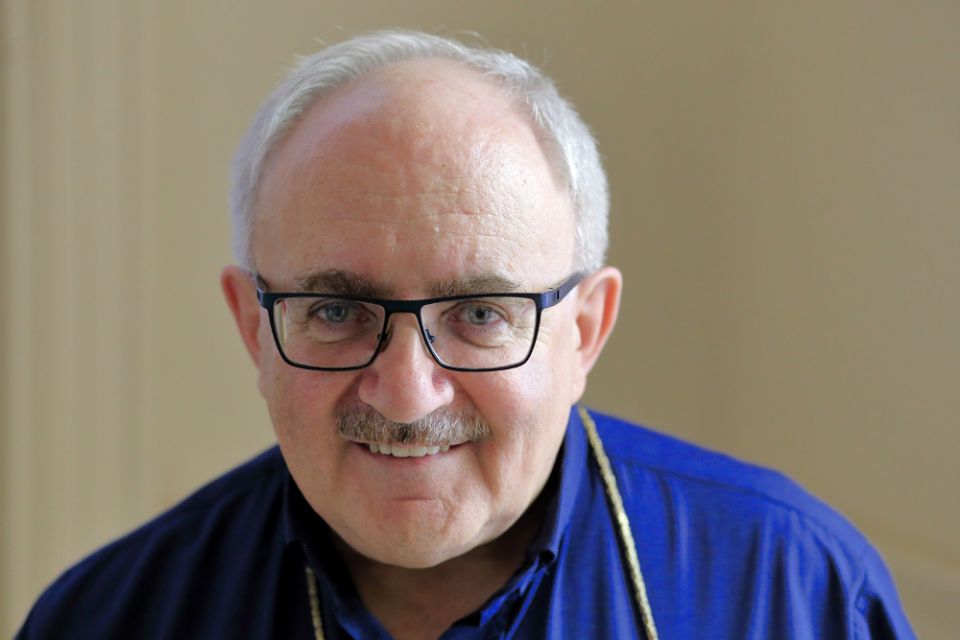 Quebec City — As many Canadians mark National Acadian Day Aug. 15, the biggest Acadian diocese in the world is going through the greatest crisis in its history.

Archbishop Valery Vienneau of Moncton, New Brunswick, said for the church to continue, it must seek justice for the many victims of clergy sexual abuse.

Vienneau, former chaplain at the French-speaking University of Moncton, was bishop of the Diocese of Bathurst, New Brunswick, from 2002 to 2012. It was there that he was first confronted with the reality of sexual abuse in the church, when many victims began asking compensation for what they endured at the hands of some priests.

Vienneau was named archbishop of Moncton in 2012. The previous year, revelations of abuse committed by Fr. Camille Leger in the coastal village of Cap-Pele, sparked a wave of indignation.

"When I arrived in Moncton in 2012, I knew that I was coming into something like that because it had started in 2011. But I did not know the extent of the issue," said Vienneau.

"What I found most difficult is that I am a native of Cap-Pele. It means that the victims are my age or younger," said the archbishop, who was 10 when Leger came to his village.

"I told people that as a former parishioner, I was as disappointed as they were. It's not because I'm a bishop that it's different."

At least two dioceses asked Michel Bastarache, a former Supreme Court judge, to lead the compensation process for victims. However, many victims have chosen not to follow this process and prefer to go to court.

"With all that I live, sometimes — I have to be honest — I would like to leave," said Vienneau. "But I don't want to leave this to another. I want to try to resolve this issue so that another (bishop) can come and focus on pastoral issues."

Vienneau estimated that the Archdiocese of Moncton will pay between $8 million and $10 million (US$6.1 million and $7.6 million). "The victims have compensation rights. Their integrity was hurt. We have a justice to repair as a church."

Acadians are descendants of French colonists who settled in Canada's eastern maritime provinces, as well as parts of Quebec and Maine. The interior of Moncton's Our Lady of Assumption Cathedral has decoration that tells the history of the Acadian people, including those who were deported or fled to the United States and eventually formed the Cajun community.

Erected at the end of the 1930s and designated a national historic monument in 2017, the cathedral was threatened with demolition because of its degradation. In 2012, the decision to tear it down was almost final. However, a project to house Acadian organizations in its basement ended up raising awareness and saving it.

"What's important is that every summer people see us working on the cathedral. People give money, but they don't want it to be used for sex abuse settlements," said the archbishop. So although the archdiocese is still the owner of the cathedral, its management is entrusted to a secular corporation.

The archdiocese has about 50 parishes. All are already regrouped in "pastoral units," except for the parish located on the campus of the University of Moncton. A study commissioned by the diocese found that 19 of the parishes are in danger economically, and four will close this year.

The future of Moncton's pastoral services remains fragile. There are currently two priesthood candidates: a Filipino and a former Presbyterian pastor. A new program for permanent diaconate has begun to bear fruit with a first deacon. A program on baptismal preparation has trained a hundred volunteers in recent years.

"I don't have a lot of staff, so I can't tackle a lot of situations. But we do the best we can," said Vienneau.

To compensate the victims of abuse, Moncton had to sell its diocesan center and reduce its staff of 14 employees, almost all of whom worked full time. Now the archdiocese has nine staff, only two of whom work full-time — including the archbishop. Wages have been reduced.

"We can't develop what we want. We no longer have youth ministry as such," said Vienneau, who noted the archdiocese has supported some youth initiatives.

A situation that worries him for the future of faith among Acadians, for whom the church has played a role of preservation and cultural transmission throughout history.

"Today, it seems that we're not inclined to want to safeguard the tradition, the symbols, the things that really marked our identity. It evaporates, it doesn't take root. After a few generations, what will be left?" said Vienneau, who noted that the Acadian national anthem — "Ave Maris Stella" ("Hail, Star of the Seas") — is less and less known and sung. "The church was the strength of the Acadians. Today, who do we turn to?"

He believes that in such a context, the church of Moncton will be inexorably smaller, but called to be "stronger, more vibrant."

"I wish we could find again the pride of being Catholics," the archbishop said. "Because of everything that happened, we lost some credibility. A lot of credibility. It seems we're a little ashamed. When you don't have that pride, I think it hurts the vitality of the church. How can you commit yourself if you're not proud to be a member of this church? But I don't blame people: People are not to blame for what happened. But that's reflected in everyone. We're still lucky that people continue despite everything that happened."

Vaillancourt is editor-in-chief of Presence info, based in Montreal.