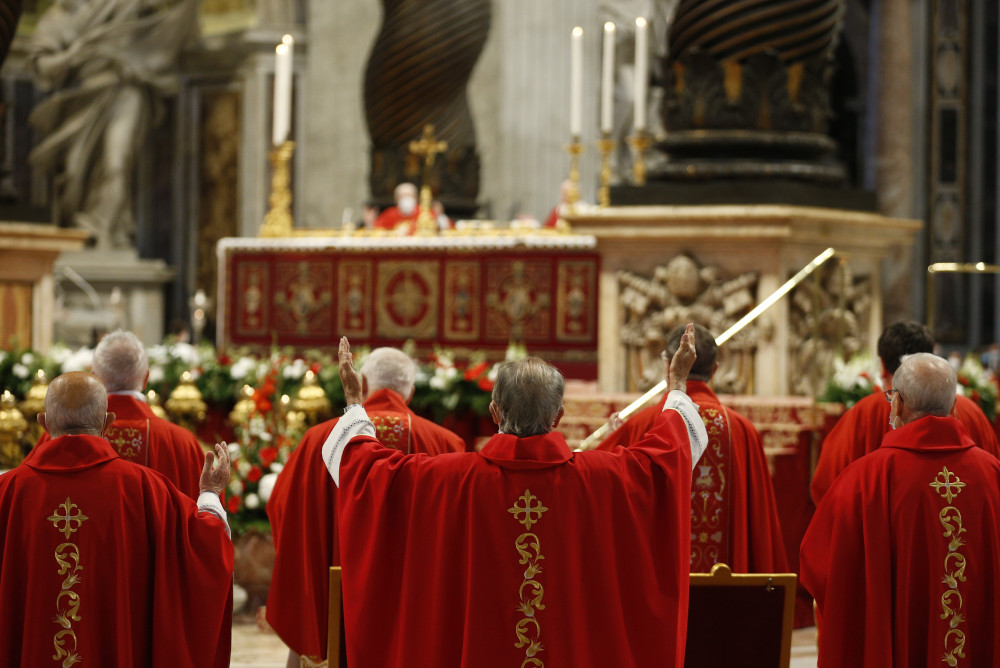 Pope Francis named a Chilean priest who had testified against his abusive mentor to be secretary of the Vatican's Congregation for Clergy.

Ferrada received his doctorate in biblical theology in 2006 at Rome's Pontifical Gregorian University and served in a number of pastoral assignments in Chile. He was a faculty member of the theology department at the Pontifical Catholic University of Chile as well as director of studies at the major pontifical seminary of Santiago. He has been an official at the Congregation for Clergy since 2018.

The 52-year-old archbishop-designate was ordained a priest of the Archdiocese of Santiago de Chile in 1999. According to court testimony, in 1988 when he was 19, he met the late Fernando Karadima, a former priest who was defrocked by Pope Francis in 2018.

Ferrada later belonged to the Priestly Union of the Sacred Heart, a clerical association founded in 1928 that was led for many years -- until it was shut down in 2012 -- by Karadima, who also briefly was his spiritual guide.

Known as an influential and charismatic priest, Karadima drew hundreds of young men to the priesthood, and four of his protégés went on to become bishops.

Ferrada and his brother were among the 10 priests in 2010 to publicly distance themselves from the union, which continued to be controlled by Karadima.

In a joint statement, they explicitly stated their separation from the union was because the accusations that were coming to light of sexual abuse by Karadima "seem plausible to us."

"We are and have been totally open to collaborate with civil and canonical justice and in full communion with the authority of our church in Santiago and with the Holy See and the Holy Father, the pope," the priests said in the 2010 statement.

Ferrada was one of a number of people who testified in civil court proceedings after a criminal complaint was filed in 2010 by victims of sexual abuse by Karadima.

Then-Fr. Ferrada stated that he witnessed Karadima's unwanted sexual advances, abuse of power and manipulation as early as the mid-1990s, "but no one ever did anything about it," according to news reports in 2010.

The court dismissed the lawsuit, saying there was not enough evidence to charge Karadima, but the Vatican Congregation for the Doctrine of the Faith conducted its own investigation and sentenced him in 2011 to a life of prayer and penance after he was found guilty of sexual abuse.