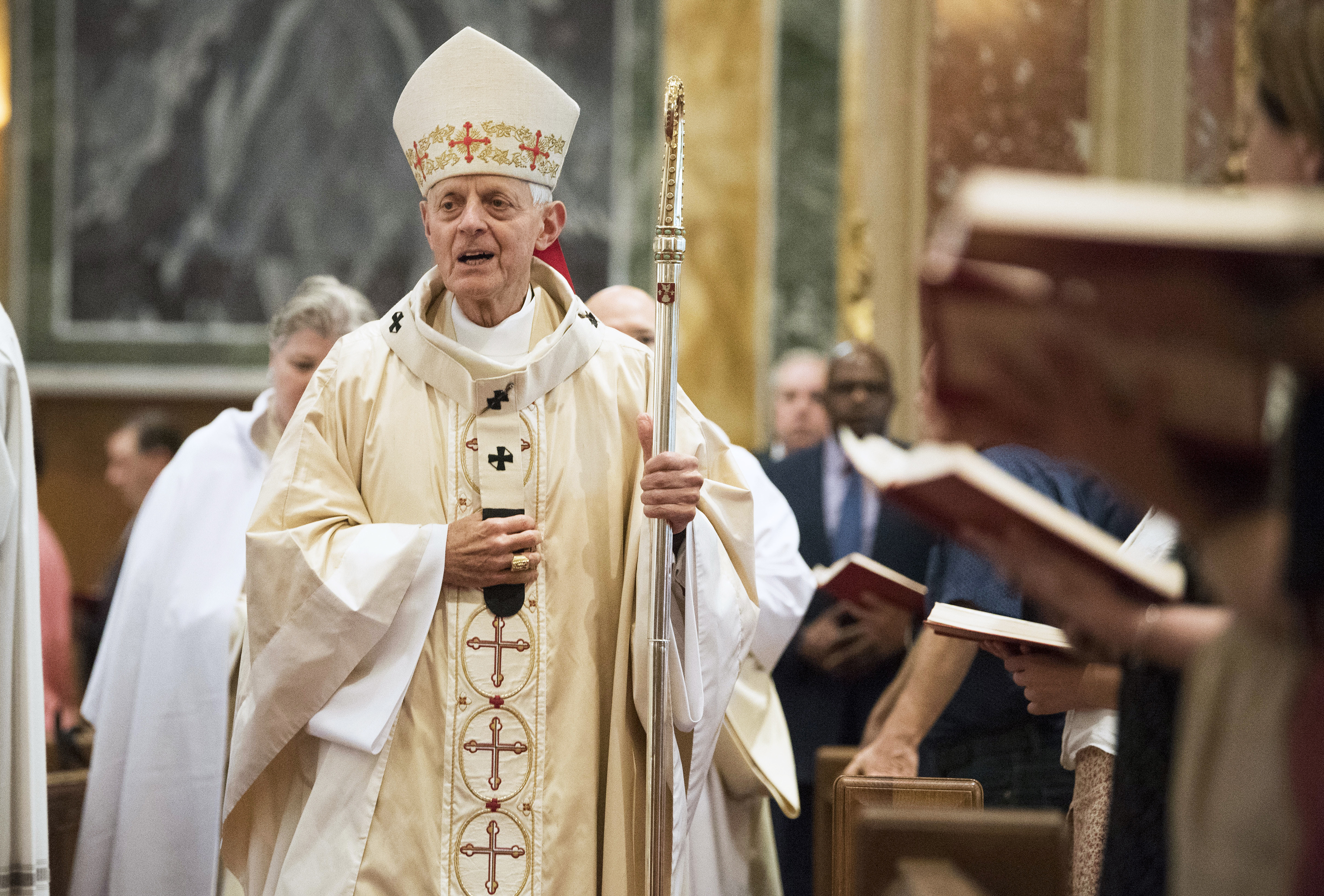 Cardinal Donald Wuerl of Washington, D.C., has done the right thing. He has asked Pope Francis to accept his resignation, which he submitted three years ago when he reached 75, the age at which all Catholic bishops submit their resignations.

The cardinal has been under heavy pressure to resign ever since the Pennsylvania grand jury report was released in August, in which Wuerl was criticized for his handling of abusive priests while he was bishop of Pittsburgh (1988-2006). He is the first U.S. cardinal to resign his archdiocese as a result of the abuse crisis since Cardinal Bernard Law did so in 2002 for his failure to deal with abusive priests in Boston.

Wuerl's episcopal career began in controversy and now ends in controversy. His first episcopal appointment was in 1986 as an auxiliary bishop in Seattle where the Vatican wanted him to be a check on the liberal Archbishop Raymond Hunthausen. Wuerl was soon transferred to his home diocese of Pittsburgh when his position in Seattle became untenable.

While he was bishop of Pittsburgh, Wuerl got generally favorable reviews for his handling of abuse. In 1988, he was one of the first bishops to meet with survivors of abuse, despite the objections of the diocese's lawyers. He also refused to return the Rev. Anthony Cipolla to ministry in 1993 when ordered to by the Supreme Tribunal of the Apostolic Signatura, the church's highest court, based in Rome. Few bishops would have stood up to the tribunal's powerful cardinals.

Despite this generally good record on abuse, the grand jury report showed that Wuerl still returned some priests to ministry on the recommendation of psychologists who said that after treatment they were safe for ministry. And when he notified the police or other bishops about a priest, he did not always give them all the information he had.

In short, although better than most bishops at the time, he did not always follow the rules in place today.

In asking the pope to accept his resignation, Wuerl did what scores of bishops should have done decades ago.

Although the National Catholic Reporter had been covering clergy sexual abuse since 1985, the crisis first gained national attention in 2002 with The Boston Globe's exposé. It became apparent that many bishops did not report crimes to the police. In fact, they moved bad priests from parish to parish.

If these bishops had taken responsibility for their actions and resigned, the church would have more easily weathered the crisis. The Vatican, however, resisted having bishops resign under outside pressure. This made it impossible for the church to move on. Only resignations would signal to people that the hierarchy got it.

Wuerl, like many of these bishops, acted out of ignorance in believing it was safe to return some priests to ministry. They thought they could protect children, while at the same time rehabilitating priests and protecting the church from bad publicity. Today bishops know better.

Wuerl is certainly not the worst bishop of his generation in handling abuse. In fact, he was one of the best, but that is still not good enough. Today we have a higher standard.

American Catholics expect their leaders to fully disclose what happened, take responsibility for their actions and resign when appropriate. We expect that from our secular leaders, and church leaders should be held to an even higher standard.

Wuerl has said that after he resigns, he wants to participate in a process of healing for all those who have suffered abuse. If he did nothing else than meet and listen to survivors of abuse, that would be a useful ministry.