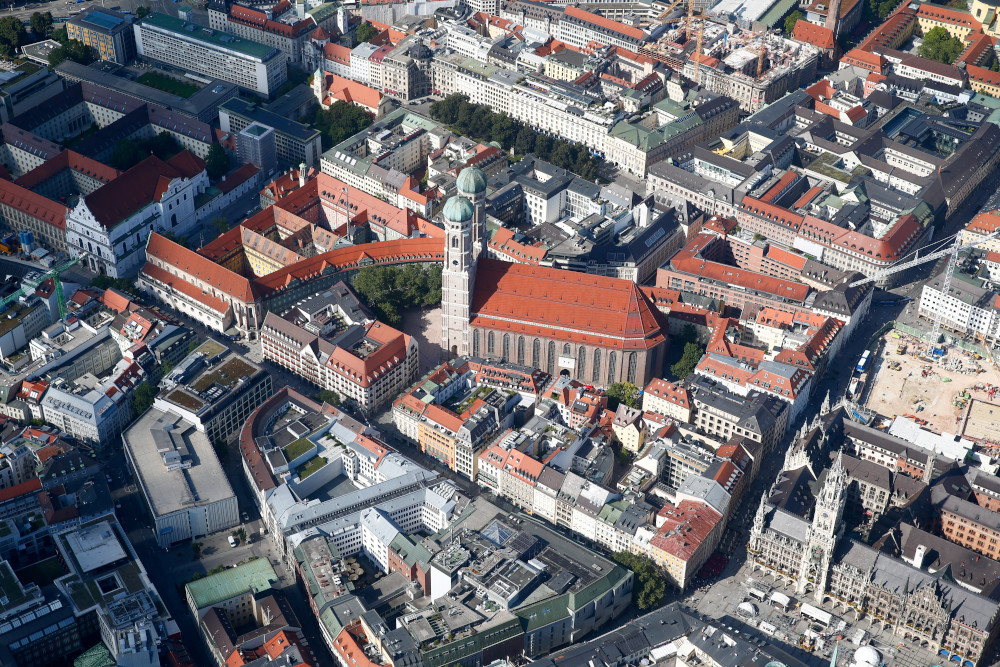 An aerial view shows the Cathedral of Our Lady in Munich Sept. 5, 2021. (CNS photo/Michaela Rehle, Reuters)

A long-awaited report on sexual abuse in Germany's Munich diocese on Jan. 20 faulted retired Pope Benedict XVI's handling of four cases when he was archbishop in the 1970s and 1980s. The law firm that drew up the report said that Benedict strongly denies any wrongdoing.

The archdiocese commissioned the report from law firm Westpfahl Spilker Wastl nearly two years ago, with a mandate to look into abuse between 1945 and 2019 and whether church officials handled allegations correctly.

The archdiocese and the law firm said that top church officials were informed of the results ahead of its publication. Marx declined an invitation to attend the presentation, which the lawyers said they regret. 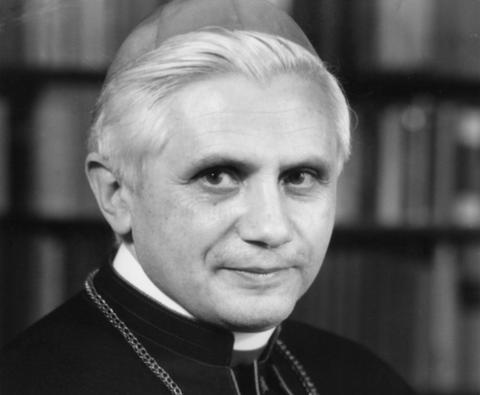 Then-Archbishop Joseph Ratzinger pictured in this file photo on May 28, 1977, the day of his ordination as archbishop of Munich and Freising. (CNS photo/KNA)

His predecessors in the job include the former Cardinal Joseph Ratzinger, who served in Munich from 1977 to 1982 before becoming the head of the Vatican’s Congregation for the Doctrine of the Faith and later being elected as pope.

"In a total of four cases, we came to the conclusion that the then-archbishop, Cardinal Ratzinger, can be accused of misconduct," said one of the reports' authors, Martin Pusch.

Two of those cases, he said, involved perpetrators who offended while he was in office and were punished by the judicial system but were kept in pastoral work without express limits on what they were allowed to do. No action was ordered under canon law.

In a third case, a cleric who had been convicted by a court outside Germany was put into service in the Munich archdiocese and the circumstances speak for Ratzinger having known of the priest's previous history, Pusch said.

When the church abuse scandal first flared in Germany in 2010, attention swirled around another case: that of a suspected pedophile priest whose transfer to Munich to undergo therapy was approved under Ratzinger in 1980.

The prelate was allowed to resume pastoral work, a decision that the church said was made by a lower-ranking official without consulting the archbishop. In 1986, the priest received a suspended sentence for molesting a boy.

In a brief statement to journalists following publication of the Jan. 20 report, Vatican spokesman Matteo Bruni indicated the city-state had not seen the report before its publication and said it would now "examine the details" of the document in coming days.

Bruni said the Vatican also "reiterates its sense of shame and remorse for the abuse of minors committed by clerics" and "assures its closeness to all the victims."

In an extraordinary gesture last year, Marx offered to resign over the Catholic Church’s “catastrophic” mishandling of clergy sexual abuse cases, declaring that the scandals had brought the church to "a dead end."

Francis swiftly rejected the offer but said a process of reform was necessary and that every bishop must take responsibility for the "catastrophe" of the abuse crisis.

In 2018, a church-commissioned report concluded that at least 3,677 people were abused by clergy in Germany between 1946 and 2014. More than half of the victims were 13 or younger, and nearly a third served as altar boys.

In recent months, turbulence in the Cologne archdiocese over officials' handling of abuse allegations has convulsed the German church. A report last year found that the archbishop of Hamburg, a former Cologne church official, neglected his duty in several cases in handling such allegations, but Francis rejected his resignation offer.

That report cleared Cologne's archbishop, Cardinal Rainer Maria Woelki, of wrongdoing. But Woelki's handling of the issue infuriated many Catholics. He had kept under wraps a first report on church officials' actions, drawn up by the same firm that produced the Munich report, citing legal concerns.

In September, the pope gave Woelki a several-month "spiritual timeout" after what the Vatican called "major errors" of communication.

Marx, a reformist who sits on powerful financial and political committees at the Vatican, has been the archbishop of Munich and Freising since 2008.

He scheduled a statement on the report's findings for the afternoon of Jan. 20.