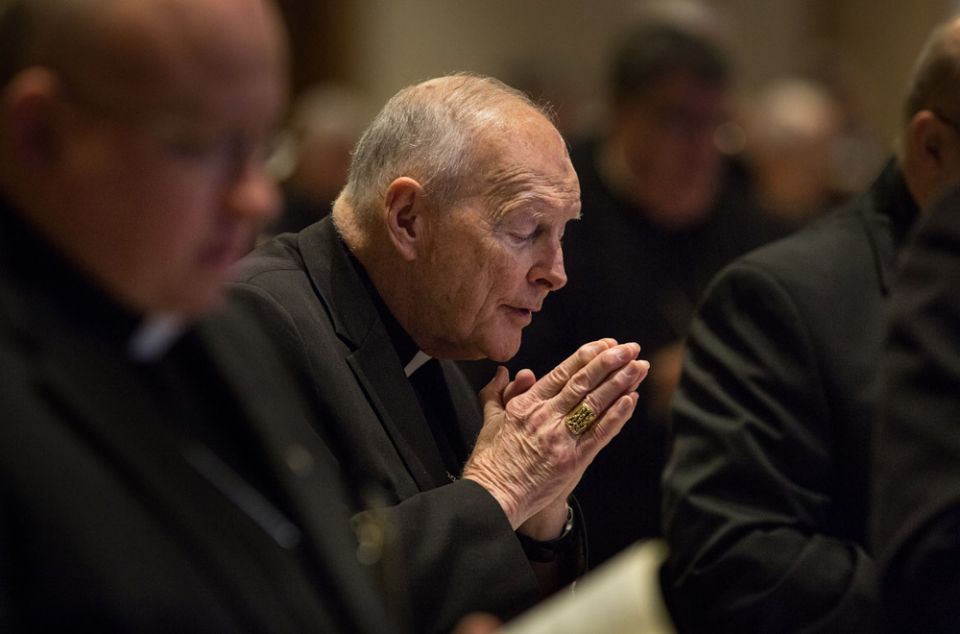 The caller identified himself as Ed from Freehold. He claimed insider knowledge on WNYC's Brian Lehrer's radio talk show Aug. 6.

The topic on New York's public radio that morning was the sex abuse crisis in the Catholic church, in particular the resignation of accused Cardinal Theodore McCarrick. The program featured Heidi Schlumpf, national correspondent for NCR.

McCarrick's proclivities were an open secret in church circles, Ed from Freehold said.

Ed told the radio audience about the regular invitations Archdiocese of Newark seminarians received to visit McCarrick at his Jersey Shore beach house. The then-archbishop would invite seminarians over for the weekend, with the proviso that there would always be a need for an extra bed, which would be shared by McCarrick with a favored seminarian.

"It was common knowledge," he said, adding, "It is not a surprise to me. I am surprised that some of the cardinals have said they are surprised by this."

He told of being invited, via a phone call from the then-archbishop's priest secretary, and begging off, claiming weekend duties at a hospital chaplaincy program. That was a lie, he said, created to avoid a compromising situation. 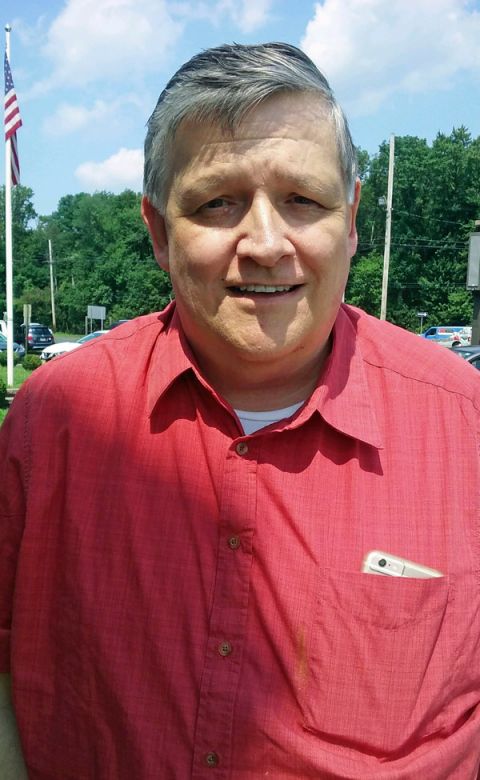 Ed from Freehold is actually Ed Bognacki, a former priest who resigned from the archdiocese in 2000. At 63, he works as a substance abuse counselor in Freehold, New Jersey, and lives in a nearby town. He is now married to a man with whom he has been connected for two decades and describes himself as an occasional Catholic churchgoer who has largely left church life behind.

In 1987, Bognacki began seminary studies at Seton Hall University in New Jersey, where McCarrick was archbishop. Three decades later, he describes an atmosphere of secrecy and fear in which McCarrick's powerful dominance permeated the culture, a situation he says was especially debilitating for men aspiring to the priesthood.

Bognacki is choosing to break his silence, but he says the culture of secrecy still exists for those men who remain priests in the archdiocese. Some who were at the beach house might feel embarrassed, he said. Still he doesn't understand why current priests have remained silent, despite a job security enhanced by the dearth of priestly vocations.

"It's almost as if we don't talk about it, then it will go away," he said.

Eventually, Bognacki left the priesthood, saying he could not reconcile moral standards he believed lay Catholics expected of him.

"I represented a celibate priesthood. I wasn't able to live that," he told NCR. "I wasn't always living and believing all that the church taught."

"I always thought the church could be the greatest force for good in the world," he said. But the current structure needs to be reformed, he emphasized.

Bognacki entered seminary at 32, older than most of his classmates, and was president of the Seminary Council. McCarrick had been appointed to lead the archdiocese a year earlier, and Bognacki remembers him as a regular visitor to the seminary.

"He had the power to ordain me or not to ordain me."
—Ed Bognacki, speaking about Theodore McCarrick

"He was very charismatic, warm and friendly," recalled Bognacki. McCarrick would refer to him as "Eddie," as he was prone to familiar-sounding nicknames with most of the seminarians. Bognacki also did a regular program with McCarrick for Seton Hall campus radio.

"You really couldn't have gone through the seminary and not know what was going on in Sea Girt," Bognacki said, referring to the beach house then owned by the archdiocese and where McCarrick vacationed at the time.

Radio host Lehrer asked him why he didn't blow the whistle on McCarrick's behavior, which in other businesses would be considered harassment, trading sexual favors for privileged positions.

"I didn't want to hurt some of the guys I went to seminary with," Bognacki responded. And McCarrick's hold over the seminarians was total.

McCarrick never said it outright, but the implication was clear, said Bognacki: "If you stay with me, you will go places." After he was ordained in 1991, Bognacki noticed a pattern. Newark priests in the McCarrick coterie were granted monsignor titles before they reached 40, an unusual church practice. The honor is usually reserved for those with long years of dedicated service to the church. In 2014, Pope Francis eliminated the honorific for priests less than 65 years old.

"The scandal is not gay priests. The scandal is the power structure. There are many good priests who happen to be gay."
—Ed Bognacki

When Bognacki left the Newark priesthood in 2000, he applied to become an Episcopal priest and was accepted, but felt his ties to the Catholic Church were too strong.

Church structures based upon secrecy are hurting lay Catholics and priests, he told NCR. At the same time, he is concerned that reaction to the scandals includes culture warriors ready to see the crisis as an excuse for gay bashing.

"The scandal is not gay priests. The scandal is the power structure. There are many good priests who happen to be gay. When I was a priest sitting at a hospital bedside, no one asked if I was gay," he said. When gay priests become bishops, they are even more starkly faced with a conflict between their orientation and church teaching.

"The scandal is not gay priests but how the hierarchy of the church has abused its power," he said.

Why speak out now?

"We are only as sick as our secrets," he said, noting an Alcoholics Anonymous credo he embraced after embracing sobriety 21 years ago. "Our secrets keep us sick."

Leaving priesthood was not easy, he said, noting it was a job he loved. He worked in large parishes as an associate pastor in both urban and suburban regions, part of the mosaic that makes up the Archdiocese of Newark. He dreams about being a priest at least twice a week, frequently waking up and thinking he's missed a scheduled Mass.

"I can't just put aside what the church teaches and who I am," he said.

Pope says memorize the beatitudes, assess your care for the needy

A dollar can make a difference