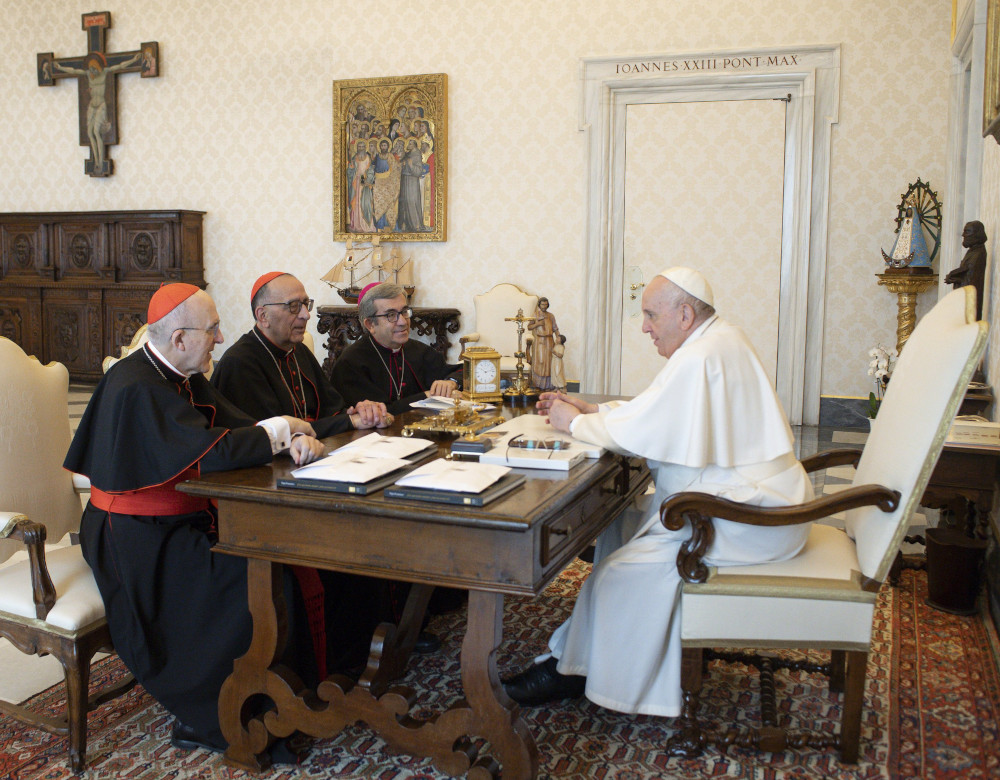 Pope Francis met with the leaders of the Spanish bishops' conference and was briefed on the independent commission established by the bishops to investigate clerical sexual abuse in the country.

Speaking with journalists outside the Vatican press office April 7, Cardinal Juan José Omella of Barcelona, president of the conference, said the pope encouraged the bishops to continue supporting survivors of abuse.

Pope Francis "encouraged us to walk along that path of accompanying victims because they are at the center of everything, to collaborate in everything and, above all, to prevent these things from happening again," Omella said.

In January, Omella, who was in Rome with several bishops for their "ad limina" visits, told journalists that the bishops' conference had no plans to establish a single independent commission as in Germany, France or neighboring Portugal to conduct a nationwide investigation of the handling of cases past and present.

However, the church was criticized for not doing enough, which prompted calls and growing public support for the government to step in and investigate.

Then, in an about-face, the bishops' conference announced in late February that it hired a law firm, led by Javier Cremades, to conduct a yearlong investigation into clerical sexual abuse in the country.

Also, the Spanish parliament approved a proposal March 10 by several political parties that called for the government to establish its own commission to investigate sexual abuse cases in the Catholic Church.

Cremades told journalists in February that after his appointment, he contacted Gabilondo and that his investigation will be similar to independent inquiries commissioned by the Catholic Church in Germany and France.

Omella said Francis is closely following the situation and that he listened to the update on the independent commission and its work "with great interest."