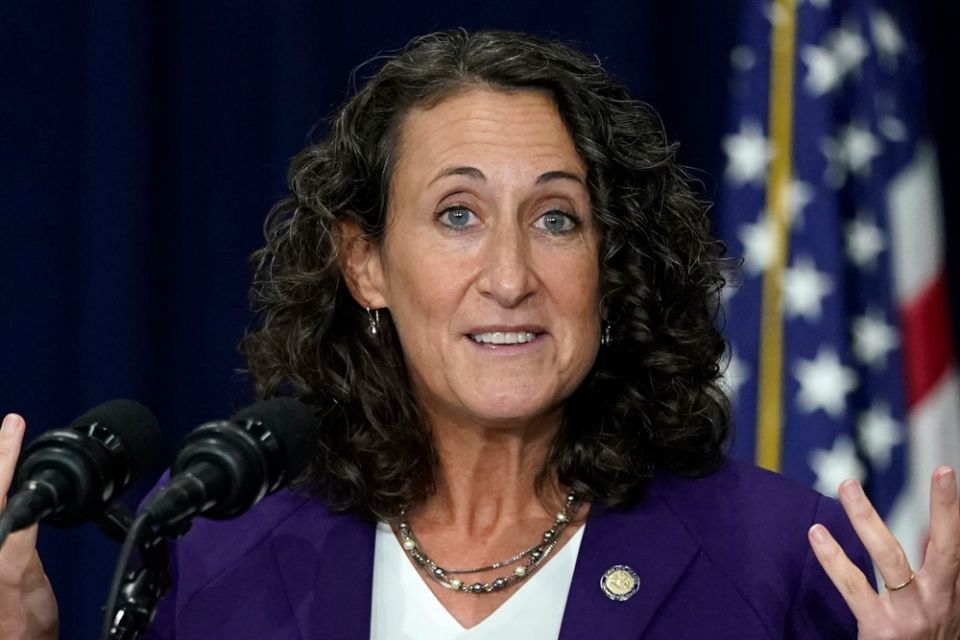 Harrisburg, Pa. — Some victims of child sexual abuse might have to wait two years or more to pursue legal claims because of a major bureaucratic bungle that prompted angry denunciations across the political spectrum Feb. 1 and the resignation of Pennsylvania's top state elections official.

A proposed state constitutional amendment allowing lawsuits for otherwise outdated claims was not advertised as required and so cannot appear on the ballot this spring, the Wolf administration disclosed.

The Pennsylvania Department of State in a news release called it "simple human error" and apologized, saying the mistake was discovered late last week. As a result, Secretary of State Kathy Boockvar is leaving her job, and both the inspector general and the Legislature will be looking into the matter.

"The delay caused by this human error will be heartbreaking for thousands of survivors of childhood sexual assault, advocates and legislators, and I join the Department of State in apologizing to you," Democratic Gov. Tom Wolf said in a statement. "I share your anger and frustration that this happened, and I stand with you in your fight for justice."

He and other Democrats on Feb. 1 suggested lawmakers instead pass the two-year lawsuit window as regular legislation, which would make the proposed constitutional amendment unnecessary.

House Democratic Leader Joanna McClinton proposed fast-tracking the constitutional amendment through an emergency provision that requires two-thirds votes of each chamber. Under that procedure, the voter referendum could occur after a month.

Constitutional amendments must pass both chambers in two successive two-year sessions before going before voters in a referendum as the final OK. That had been expected to occur in the May 18 primary.

"At best, this was incompetence," said Senate President Pro Tempore Jake Corman, R-Centre. "At worst, this was malfeasance."

The proposals also have to be advertised in each two-year session, but that did not happen for the statute-of-limitations amendment during the session that ended Nov. 30. The Wolf administration vowed Monday to install new controls and tracking to ensure the mistake is not repeated.

As Wolf's top elections official, Boockvar became a political lightning rod as she played a prominent role in the hotly contested 2020 election in Pennsylvania, conducted with new voting machines and a greatly expanded vote-by-mail regimen. She declined to comment on Feb. 1.

"I'm just shocked," said state Rep. Mark Rozzi, D-Berks, a prime backer of the amendment. "I just can't believe that this is where we are at right now in this process, that the secretary of state has dropped the ball."

On Jan. 27, the state House gave what was then thought to have been its final approval to a proposal to change the Pennsylvania Constitution to give those who say they were victims of child sexual abuse a retroactive two-year "window" in which to file civil lawsuits, no matter how long ago the alleged abuse occurred.

Victims of childhood sexual abuse have long sought another chance to sue their perpetrators or institutions that covered it up. Many of them lost the chance to sue when they turned 18, or as young adults, depending on the state law at the time.

In 2018, a landmark state grand jury report gave the fight new life, recommending that the now-adult victims of child sexual abuse get a two-year reprieve from time limits in state law that otherwise bars them from suing.

The House of Representatives passed it overwhelmingly weeks later, and it had support from Wolf, Democratic Attorney General Josh Shapiro, Senate Democratic leaders and victim advocates.

However, Senate Republicans blocked a floor vote on it, calling it unconstitutional. It also had opposition from Pennsylvania's Roman Catholic bishops and the insurance industry, which said that its premiums had never accounted for the potential of such liability.

The state's dioceses opened temporary victim compensation funds and lawmakers later agreed to set in motion the multi-year process for amending the constitution to allow the two-year window.

We have a story to tell: Indigenous scholars, activists speak up amid toppling of Serra statues