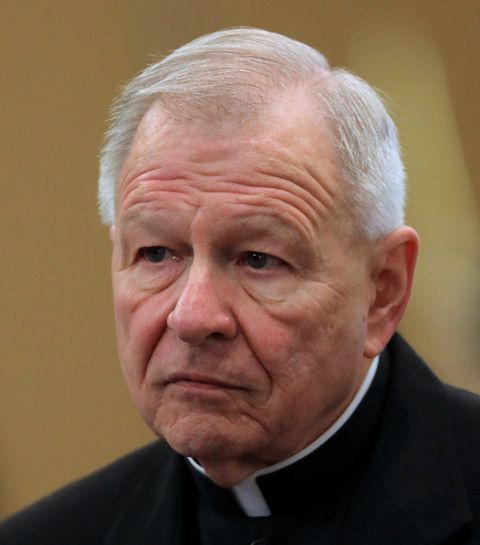 A priest at a Catholic high school was removed from ministry after confessing he had abused a child in 2013. Another priest was arrested after allegedly engaging in sexual acts with two women on the altar of his small-town church. And seven new names were added to the list of clergy credibly accused of child sexual abuse.

All of this happened within two weeks in the New Orleans Archdiocese.

Partly in response to these events, on Oct. 9, Survivors Network of those Abused by Priests, known as SNAP, wrote a letter to Pope Francis calling for the removal of New Orleans Archbishop Gregory Aymond.

The letter, which SNAP also sent to the Congregation for the Doctrine of Faith and the Apostolic Nunciature in Washington, D.C., said Aymond has refused to be honest with parishioners, has not pursued accountability for abuse and has "lost control of his priests."

"We implore you to send Vatican investigators to New Orleans so that you may arrive at the same truth for yourself that we already know — Catholics in New Orleans deserve a better leader than Gregory Aymond," the letter said.

Kevin Bourgeois, a SNAP leader in New Orleans, and Zach Hiner, SNAP's executive director, said the archdiocese — which also filed for bankruptcy in May, citing the financial burdens of abuse lawsuits — is experiencing a crisis that will require Vatican and secular intervention to rectify.

"It has been … an absolute debacle of infinite proportions," Bourgeois said.

The sexual abuse crisis in the Archdiocese of New Orleans stretches back decades. With the latest addition — to include members of the Franciscan Friars' order, according to Nola.com — there will be over 70 names on the official list of priests and clergy credibly accused of abusing children.

On Oct. 2, the archdiocese said a priest named Patrick Wattigny confessed to sexually abusing a minor in 2013. Wattigny had resigned from his post as a chaplain at Pope John Paul II High School after a student disclosed texts in February 2020 from Wattigny, which a lawyer for the student's family described as "grooming," according to Nola.com. He had kept his job at a nearby church.

After Wattigny disclosed the 2013 abuse, Aymond said in an Oct. 9 video statement that Wattigny was removed from service and reported to law enforcement. His name has been added to the archdiocesan list of credibly accused priests.

In the statement, Aymond said the archdiocese did not know about the abuse before Oct. 1. He also said the texts disclosed in February between the teenager and Wattigny were "not sexual in nature" but that Wattigny was asked to resign because the texts were a violation of the archdiocese's "technology policy."

"The texts did not indicate abuse, and there was no allegation of sexual abuse," Aymond said in the statement. "I am truly, truly sorry for the pain that this has caused."

On Oct. 5, Nola.com reported that a man named Tim Trahan had accused two priests — Luis Fernandez and the late Robert Cooper — of abusing him when he was a student at a now-closed prep school in New Orleans in the late 1970s. Another man has also accused Fernandez, Nola.com reported.

Aymond, who worked at the prep school while Trahan was a student, helped him and another student get Cooper dismissed from his job at the school after they disclosed that he had sent them sexually suggestive letters, Nola.com reported. But the archbishop told Nola.com there wasn't enough evidence to place Cooper or Fernandez on the list of credibly accused priests.

And on Sept. 30, a priest named Travis Clark was arrested on charges of obscenity after he allegedly engaged in sexual conduct with two women who worked as dominatrixes, on the altar of Sts. Peter and Paul Church in Pearl River, Louisiana, according to WWLTV and Nola.com. Clark had also just replaced Wattigny as chaplain at St. John Paul II High School after Wattigny resigned due to the text messages.

Aymond called Clark's actions "demonic" and personally reconsecrated a new altar in the church on Oct. 10 after the old one was removed and burned, Catholic News Service reported. Clark was also removed from ministry, Aymond said in the Oct. 9 video statement.

Hiner said he was frustrated with how slowly they said the archbishop had responded to child sex abuse allegations, compared with his quick and decisive response to Clark's arrest for what would be — though "salacious" — ultimately a consensual act between adults. Clark was arrested on charges of obscenity because the alleged acts were visible to the public, according to Nola.com.

"I think that response shows that he cares more about protecting that reputation — he's going to deal with the ... 'demonic' acts first — but when it comes to simple steps to protect children from his employees, he drags his feet for months," Hiner said.

Bourgeois, who is himself a survivor of clergy sexual abuse, said the archdiocese has made it very difficult for him and for other survivors to access records they need seek justice.

The archdiocese has taken the tactic of trying to "make these loudmouth sexual abuse survivors go away," Bourgeois said.

He also said he sees the archdiocese's bankruptcy case as a way for the church to dodge accountability for abuse, rather than a mere financial restructuring. This is a concern other survivors and their attorneys share, according to Nola.com, although the archbishop said in a May 1 statement that the filing was for the good of survivors as well as the archdiocese.

Bourgeois and Hiner said recent events have deeply damaged the church's reputation for many local Catholics and caused some to leave the church.

After the news of Wattigny's confession surfaced, a member of Wattigny's former parish reached out to Bourgeois via email. The parishioner, who was raising his young grandson, said he and his wife were outraged by what they saw as a coverup by church officials. Before COVID-19, they had been regular churchgoers, and their grandson had expressed interest in being an altar server.

"[The parishioner said] he will not be returning, he will not give money to the Catholic Church, he will not be allowing his grandson to be around any church official," Bourgeois said. He added, "It's a public outrage."

Bourgeois said for him, Aymond's handling of the abuse crisis is especially painful because Aymond was raised and educated in New Orleans and has spent most of his career in the archdiocese, including a stint at Bourgeois' own pre-seminary high school while Bourgeois was a student there. Many New Orleans Catholics looked up to Aymond as a local rising star in the church, Bourgeois said.

"We followed his rise up the hierarchy, and we were proud of him," he said. "We thought, 'He's one of our own.' … Yet we're disheartened and angry with how he has treated abuse survivors."

A spokesperson for the archdiocese responded to a list of questions from NCR with references to the archbishop's Oct. 9 video statement and links to a 2018 statement Aymond made on clergy sexual abuse in the archdiocese, and the May 1, 2020, statement on its bankruptcy filing. The archdiocese declined to comment on SNAP's call for the Vatican to investigate and dismiss Aymond.

In his Oct. 9 video statement, Aymond acknowledged that it is a difficult time to be Catholic in the archdiocese and said he feels angry, disappointed and betrayed alongside parishioners.

"What has happened concerning Pat Wattigny and Travis Clark is unacceptable, it's sinful, and it cannot be tolerated," Aymond said. "Let me be clear — both were removed from ministry immediately, and will never serve again in Catholic ministry."

Hiner said SNAP wants to see the Vatican bring in the "big guns" to investigate the situation in New Orleans. He said Aymond should be "politely thanked for his years of service and made to go off into the sunset."

He also said he hopes the accountability doesn't stop with a change in local leadership — the next archbishop would need to ensure that the abuse does not happen again. Hiner also said he thinks secular officials, professionals and survivors should take leading roles in seeking accountability in New Orleans.

"You really need to know how something broke in order to fix it again," Hiner said. "What we're getting from the church is different snippets of what broke. We need to go and have a real, true accounting of everything."

SNAP is wrong to discourage victims from meeting the pope