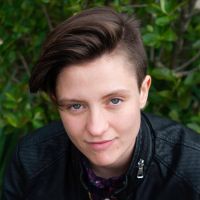 Madeleine Davison is a former NCR Bertelsen intern based in Chicago. She is a graduate of Syracuse University with a dual degree in journalism and sociology.

Angry and disappointed: NCR readers react to the bishops' vote on Communion

Many Catholics are expressing anger, disappointment and confusion about the U.S. bishops' vote to approve plans to draft a document on pro-choice politicians and Communion, according to an email survey of NCR readers and members.

While the #MeToo movement and campaigns worldwide have raised awareness of sexual harassment and abuse, structures that harm women, children and marginalized people must be dismantled to end gender-based violence, advocates said.

Pope Francis praised Jesuit Fr. James Martin's work with LGBTQ people, saying his ministry seeks to "imitate the style of God" in a handwritten letter sent to Martin ahead of a June 26 conference on Catholic LGBTQ outreach.

An increasing number of U.S. Catholic colleges and universities have required students to get the COVID-19 vaccine before returning to campus. But some major Catholic institutions have not, including the Catholic University of America.

The racist roots of mass incarceration in the US

Panel: Catholics, white Americans must reckon with their role in violence against Asian women

After Vatican decree, over 100 theologians pledge to support same-sex couples

Jumping to the front of the vaccine line?