Skip to main content
News
This story appears in the Hell, hope and healing feature series. View the full series. 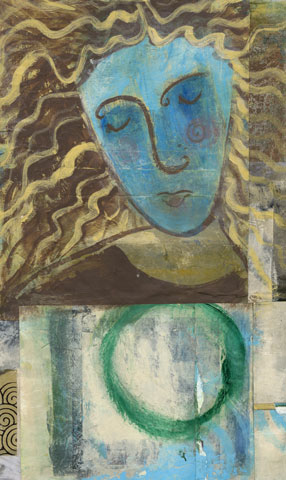 It may be in therapy that survivors put some of their traumatic experiences into words for the first time. (Dreamstime/Elena Ray)

Editor's note: This is Part 2 of "Hell, hope and healing," an NCR four-part series on sexual abuse. You can read the series introduction and Part 1, which are also available at the feature series page Hell, hope and healing. Parts 3 and 4 will be published first in our print edition first and then posted to our website. Special feature: Download the complete report here.

In the first article of this series I discussed the commonality and damage of adverse childhood experiences (ACEs), including clergy sexual abuse. Here, I focus on the hope that most trauma survivors can heal because of inherent or learned resilience and/or through access to healing resources.

Since the 1980s, when child abuse and domestic violence emerged from society's skeleton closet, researchers and clinicians have rightly prioritized the tremendous wounds caused by adverse childhood experiences. Recently, however, researchers also have concluded that while about two-thirds of trauma survivors will experience at least some negative outcomes after trauma, almost another third will emerge into adults who seem not to have been deeply affected by earlier traumas.

Even more exciting are indications that resilience can be learned or expanded to moderate the long-term impact of traumatic stress on the body, mind and spirit.

The American Psychological Association defines resilience as "the process of adapting well in the face of adversity, trauma, tragedy, threats or even significant sources of threat." Resilience researchers like Dennis Charney and Steven Southwick have investigated the genetic, biological, social and spiritual factors contributing to resilience. They and others have identified a number of factors that appear to endow an individual with resilience:

It is important to note that all researchers point to sexual abuse while young as a particularly pernicious ACE that results in multiple times the risk of trauma-related challenges than other ACEs do. Early sexual trauma also is likely to correlate with the most serious symptomatology.

At the same time, the research and my 30 years of working clinically with sexual abuse survivors convince me that healing is possible even when wounds from sexual abuse are deep and suppurating. Part of trauma-focused psychotherapy, in fact, is increasing resilience, also known as strengthening ego functioning.

Psychotherapy with a well-trained trauma expert is often essential to healing from traumatic childhood experiences. There are a number of clinical approaches to trauma recovery, but the most comprehensive include the following factors:

Telling the narrative: It is important for a trauma survivor to tell their story to another who bears witness to it. Unlike the first time around, the survivor has control of the timing and pace of being "in" the ACE; the locus of control begins to be assumed by the patient.

Memories can be painful and sometimes are at first acted out as much as "remembered" in the way we usually think of that. It may be in therapy that survivors put some of their traumatic experiences into words for the first time. Doing so begins to structure the memories, gradually taking some of the affective heat out of them.

Building ego strength: Survivors often come to treatment feeling and acting out of control. Part of trauma therapy is teaching grounding and relaxation techniques, and strategies to put time between impulse and action in order to reduce danger and instill a sense of control and mastery. Individuals with serious substance abuse problems must be in a recovery process in order to benefit from any therapy. Twelve-step program involvement is often a crucial adjunct to therapy.

Differentiating between past and present: With post-traumatic stress disorder, time is distorted. Something happening in 2016 that is sufficiently evocative of some aspect of the earlier ACE creates a kind of time travel. Survivors then experience themselves as if the ACE is happening right now. They feel and act in ways that confuse them and those around them.

In therapy, the survivor gradually is able to register and process a situation as it is now and to react accordingly. Often, this is accomplished within the therapeutic relationship as therapist and patient identify and work through perspectives on and feelings about one another and about the therapeutic process.

Medication: Because a survivor's moods and affects are often out of kilter due the impact of trauma on the neurophysiology of the brain, she or he may need medication, sometimes even for life. Today, there is a wide range of psychopharmacological approaches to depression, anxiety, difficult mood shifts, sleep disorders and other PTSD symptoms.

There is no way around suffering in order to heal, but one does not have to suffer unnecessarily, and medications can make life more bearable as the survivor and therapist work together on the inherently unbearable.

Integrating the personality: One of the wonders of the human psyche is its ability to cope with the awful. When trauma has been especially severe, the mind may split experience into a variety of compartments representing elements of ACEs that would be too overwhelming to process, store or remember as a whole.

Re-entering the body: Many survivors of abuse and/or neglect are alienated from their bodies. Some coped as children by leaving their bodies during traumatic times. Patients describe having been on the ceiling looking down at the child being abused or standing at the door with their hands over their ears as "he" was penetrated anally by a priest.

Somatic experiencing techniques like asking the patient to describe what they feel in their stomach as they describe some past or present experience can be helpful. The therapist who notices changes in posture, positioning in the treatment room, a movement or shift of the eyes can inquire about them, thus helping survivors to become acquainted with how their bodies feel and what part of their trauma narratives their bodies hold and express.

Repairing the sense of self: I have never encountered a survivor patient who did not in some way blame her/himself for the early trauma. The viciousness of the patient's self-loathing is often breathtaking. Putting guilt and shame where it belongs -- on the shoulders of the adult who committed harm or enabled someone else to harm -- loosens internalized attachment bonds to figures that once were loved and vitally important to the survivor.

The patient is in a predicament: Selfblame protects those attachments but requires cognitive and affective contortions that deplete resilience; relinquishing self-blame and self-hatred and putting the ACE in proper perspective with blame placed on the responsible adults is a loss of attachment bonds that is terribly painful.

It also can evoke long-held-at-bay rage that the survivor has usually turned against the self. Anger, rage and a demand for restitution often marks a period of trauma recovery that is important in restoring wholeness. This is a revitalizing phase of recovery, but it becomes problematic if the survivor cannot move beyond it. At some point, raging must make way for mourning.

Mourning: Perhaps the most soul-searing yet most necessary component in trauma therapy is the survivor's mourning for the childhood that never was and never will be. Survivors almost universally feel cheated at some point in therapy. They have suffered, cried, raged, worked hard -- sometimes for years -- to heal and there is no restoration, no making it up, no justice.

As one patient cried out, "This is too much. I can't stand it -- I won't -- you can't make me. I can deal with the abuse -- maybe, perhaps. But the idea that I can't go back, that my childhood is broken forever -- I can't live with that. I won't know that I never was and never will be just a kid."

That was then, this is now: When the survivor seems to have completed a mourning process and is functioning well on most days in most ways, the good trauma therapist begins almost to turn the tables on the survivor. Having spent perhaps years encouraging the patient to relate their narrative, feel the pain and loss, have empathy for the terrorized child they once were, and mourn the childhood that is gone forever, we guide the patient into considering what life can be now, reminding them (if it is true) that no one is traumatizing them now. It is here that the therapist can help the survivor build or expand on resilience.

Resilience researcher Charney gives a "prescription" for enhancing resilience, and you do not need a therapist for all of it. He and others suggest:

Many abuse survivors eventually do find a spiritual path in nature, neo-Paganism, connection with the Feminine Divine, or Native American prayer and rituals, and some return to a church. As therapists, we support any spirituality that provides soul succor to the survivor and that is not harmful to the survivor or to others.

The elements of trauma treatment described here are schematic and stereotypical. They do not play out linearly and they are more complicated and fraught than this outline may suggest. At the same time, they do represent key aspects of what trauma recovery therapy includes.

Part 3 of this series, focusing on ways in which survivors not only heal, but also grow through the meaning they derive from their suffering and their healing journeys, will be published in an upcoming issue of NCR and then subsequently posted to NCRonline.org.

A version of this story appeared in the May 20-June 2, 2016 print issue under the headline: There is hope for survivors to heal.