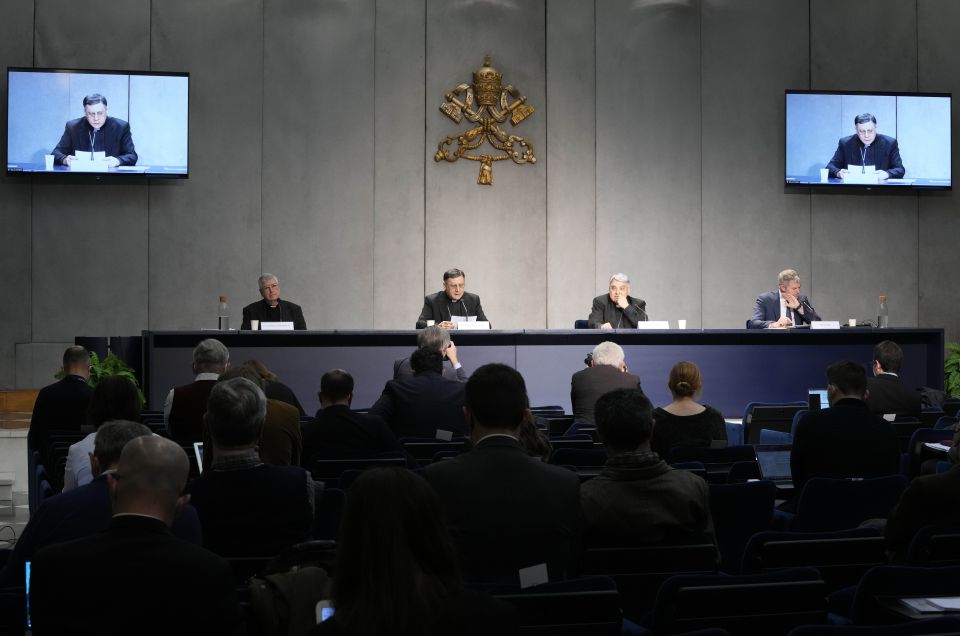 VATICAN CITY  — Vatican officials on Monday defended the last-minute rollout of Pope Francis' reform of the Holy See bureaucracy while also painting it as one of the most consequential moves of his pontificate since it recognizes that any believer, male or female, can head a Vatican office.

The new apostolic constitution "Praedicate Evanglium," or "Proclaiming the Gospel," was released Saturday after nine years of work with no advance warning and only in Italian. It replaces the previous 1988 founding blueprint of the Holy See which, among other things, made clear that only ordained priests, bishops and cardinals can head Vatican offices because they alone enjoyed the "power of governance" in the Catholic Church.

While the change potentially impacts just a few Vatican offices, the rationale behind it — as explained by officials at a Vatican press conference Monday — is significant and in keeping with Francis' efforts to make the church less about priests and their clerical power and more about the rank-and-file people of God.

"It's an important affirmation because it makes clear that the person who heads a dicastery … doesn't have authority based on the hierarchical level achieved, but by the power received by the Roman Pontiff to act in his name," said the Rev. Gianfranco Ghirlanda, a top canon lawyer.

"This confirms that the power of governance in the church doesn't come from the sacrament of Holy Orders, but from the canonical mission" of every baptized Catholic, Ghirlanda told reporters.

As it is, Francis has promoted a handful of women — lay and religious sisters — to high-ranking positions in the Vatican hierarchy. But to date, no woman has been named to head any of the major Vatican offices, now all known as "dicasteries."

The Vatican correspondents' association complained about officials holding a press conference two days after releasing the document and lamented that a 54-page text of such consequence was only released in Italian. Normally, the release of papal documents is announced in advance, with the text provided to accredited journalists ahead of time under embargo and in various languages.

Vatican spokesman Matteo Bruni acknowledged the complaint but stressed the unique nature of an apostolic constitution and noted that it was released on a significant day for Francis, the Feast of St. Joseph and the ninth anniversary of Francis' installation as pope.

Bruni said he didn't know when translations would be made available. But one of the key drafters of the text apologized Monday noting that he had already identified an error that would have to be corrected before any translations are published.

The text makes reference to the old Latin Mass as the "extraordinary form" of the Mass, even though Francis in July essentially excised that terminology when he re-imposed restrictions on celebrating the ancient rite.