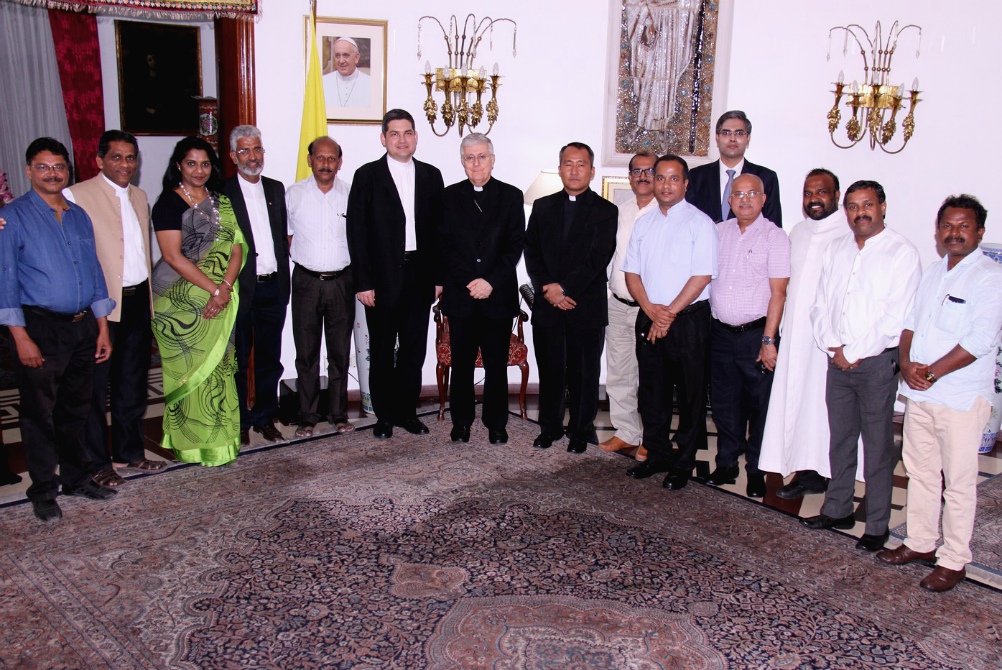 Several Catholic groups in India have expressed relief after the Vatican removed its controversial envoy from the country.

"I saw the nuncio's transfer as a small moral victory, not something to gloat about, but more a sense of relief," chhotebhai, coordinator of the Indian Catholic Forum and former president of the All India Catholic Union, the largest lay association in the country, told NCR. 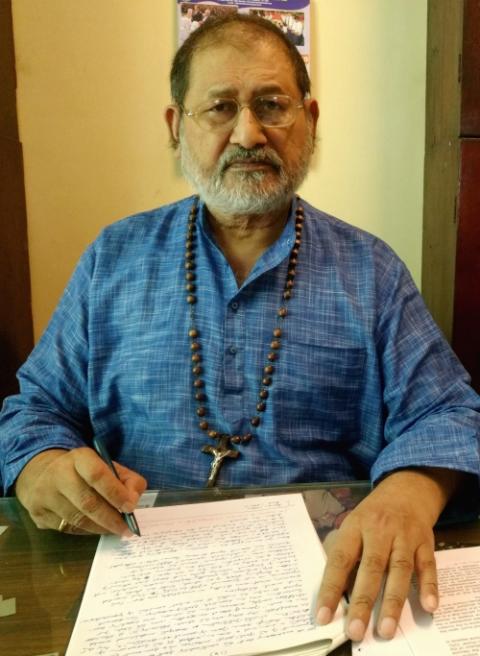 Chhotebhai welcomed the transfer as a "good riddance," a sentiment shared by Virginia Saldanha, a laywoman theologian, and Melwyn Fernandes of the Association of the Concerned Catholics, who had tried to contact the nuncio. Their experience has made them question the relevance of an envoy of a religious state to a secular country like India.

Diquattro's was one of the shortest tenures among seven apostolic delegates, three internuncios, six pro-nuncios and four nuncios India has had since Pope Leo XIII in 1881 established formal diplomatic relations with the nation where Buddhism, Hinduism, Jainism and Sikhism originated. However, the first papal envoy to enter India was St. Francis Xavier, who was appointed the apostolic nuncio to the East by Pope Paul III on April 7, 1541.

Chhotebhai says he had taken up with the nuncio issues such as the controversy around then-Bishop Gallela Prasad of Cuddapah, in the southern Indian state of Andhra Pradesh. Prasad faced a criminal complaint for allegedly misappropriating diocesan funds to lead a luxurious life with his alleged wife and son.

Another request to the nuncio was to act against Bishop Franco Mulakkal of Jalandhar, who has been accused of raping a nun multiple times. Chhotebhai wanted Diquattro to protect the rape survivor and her five main supporters, who are also nuns.

The lay leader called for a Vatican probe into Bishop K.A. William of Mysore in Karnataka state, who too faced allegations of criminal and immoral acts. Chhotebhai also wanted the nuncio to investigate the scandal of police nabbing a Jalandhar diocesan priest in 2019 with 300 million rupees in cash.

"The nuncio did not reply to a single communication," the lay leader lamented.

However, the Vatican later removed Prasad from his post, and accepted Mulakkal's request for temporary resignation to face the court case.

Chhotebhai says he had warned the nuncio that his "silence means consent, therefore collusion and conspiracy, which was an offence under Section 120B of the Indian Penal Code." 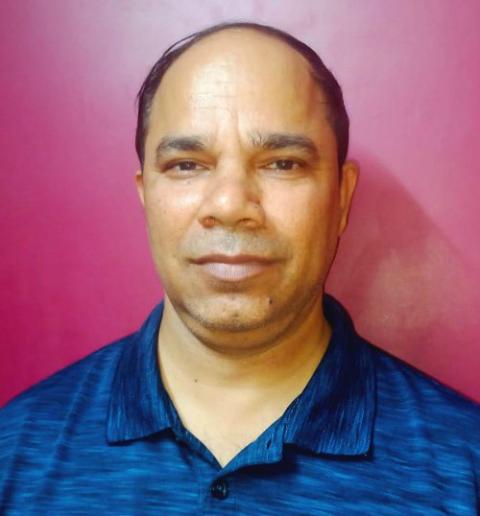 He alleged that Diquattro behaved like "a white colonial master, not answerable or accountable to his subjects," while the scandals involving bishops dealt a "lethal blow" to the Indian church's credibility.

Fernandes said he had tried contact the nuncio by phone, email and even in person, but was driven away from the nunciature in New Delhi. "Letters were never acknowledged, forget about acting on them. Despite being a trained diplomat, [Diquattro] was far from being courteous," the lay leader told NCR.

Fernandes had alerted the nuncio about several allegations of clandestine sale of land belonging to the Bombay Archdiocese. He also drew the nuncio's attention to the archdiocese allegedly providing a lawyer to defend a priest in a sodomy case.

Concerned Catholics had also sought the nuncio's intervention after 37 priests in Mysore Diocese complained to Rome about William. They informed the nuncio about the controversial installation of cameras in women's washrooms in St. Michael's Church in Mahim, a Mumbai suburb.

"All these letters were never acknowledged," Fernandes says.

Vikram K. Antony, a Catholic politician in Bengaluru, says he had written to the nuncio about the arrest of a few priests in the murder of a seminary rector. "There was no action or inquiry into our complaints," he told NCR. 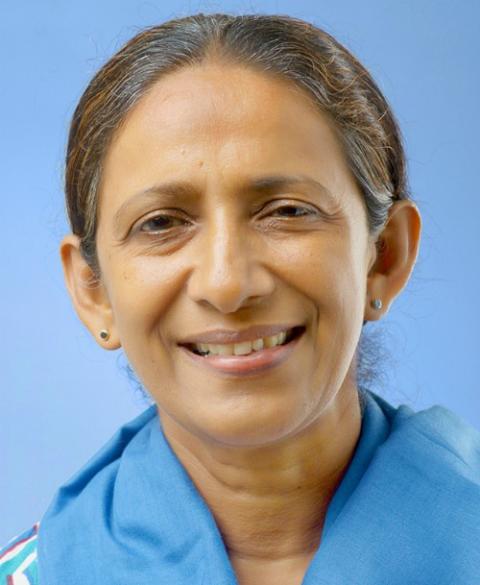 Another person happy with the nuncio's transfer is Kochurani Abraham, a feminist theologian who accompanies the rape survivor nun and her supporters.

The member of Sisters in Solidarity, a national association of Catholic women, said the nuns had first written to the nuncio about the rape on Jan. 28, 2018. The letter was sent through Bishop Kurian Valiayakandathil of Bhagalpur. As no reply came even after five months, the nuns wrote directly to heads of various Vatican offices and to Pope Francis.

As no response came from anywhere, the nuns emailed the nuncio again on June 24, 2018, seeking his immediate intervention, as Mulakkal had filed police cases against them and the rape survivor's family members. Five days later, survivor nun filed a police complaint against Mulakkal — the first case of a sexual abuse allegation against an Indian bishop.

Abraham said the survivor nun wrote to the nuncio again on Sept. 8, 2018, seeking his help, hours before Save Our Sisters, a laity movement to support Catholic religious women in distress, launched an indefinite sit-in in Kerala's Kochi city to demand Mulakkal's arrest. The rape survivor's five nun supporters also joined the protest, which lasted until Sept. 25, 2018, a day after Mulakkal's arrest.

Sr. Anupama Kelamangalathuveli, the spokesperson for the survivor and her supporters, corroborated Abraham's narration of the developments. She, however, declined to talk further as the trial in the case began Aug 13.

Abraham said the Sisters in Solidarity had requested on April 23 that the nuncio remove Mulakkal from the Jalandhar bishop's residence. "We have not received even an acknowledgement to this letter," she said.

Abraham says such behavior of Diquattro has led those "seriously seeking justice for the victims of clergy sexual abuse" to question his integrity. The nuncio's role "seemed nothing but an ornamental emblem decorating the ecclesiastical suit of the Indian church," she told NCR. 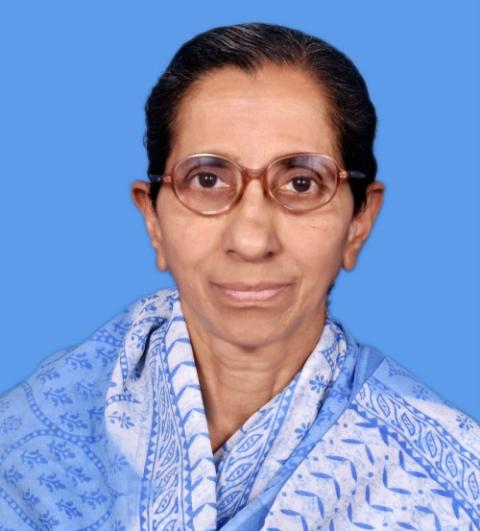 Another frustrated person is Sr. Manju Kulapuram, national secretary of the Forum of Religious for Justice and Peace, an advocacy group for Catholic religious. She too finds the nuncio's post just decorative.

"I don't remember the nuncio taking any action or [making] any statement in spite all kinds of allegations against bishops and priests in the Indian church," the Holy Cross sister told NCR.

Abraham wants whoever is the pope's new representative to India to listen to people's grievances, especially regarding serious allegations against bishops. A nuncio, she adds, should be bold and free to intervene on behalf of the afflicted.

Kulapuram wants the new nuncio to "be alert" to inform the Vatican about serious developments in the Indian church and help Rome take appropriate actions lest the church's credibility is tarnished.

Saldanha, who has headed women's offices under bishops' conferences in Asia and India, dismisses Diquattro's tenure in India as insignificant. 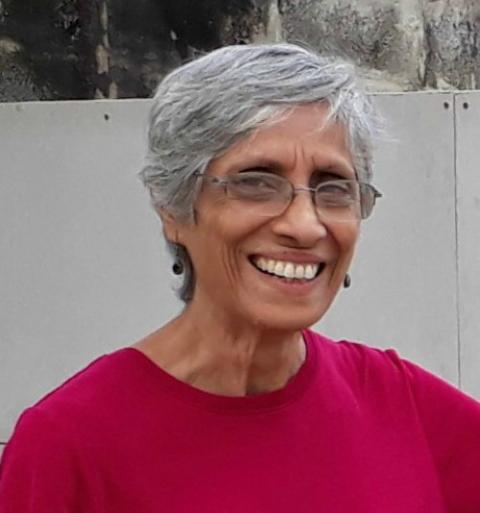 "Since the cases of sex abuse have been tumbling out of the woodwork of the church, we have consistently sent letters to the nuncio, as we failed to get any response from the leaders" of the Catholic Bishops' Conference of India, she said.

Saldanha says the nuncio has no relevance in India unless he functions like the link with the church and the Vatican.

Antony, the politician, wants the new nuncio to tell people that his position is only ceremonial — essentially to attend special liturgical services. "It will then save us from expecting anything from the nuncio's office," he added.

John Dayal, current spokesperson of the All India Catholic Union, says people complained against Diquattro because of their ignorance about a nuncio's role.

A nuncio, according to Dayal, is "not a monitor, or a policeman and magistrate, to admonish, administer instant justice or mete out punishment." Every bishop, he explains, is sovereign in his diocese and answerable only to the pope. 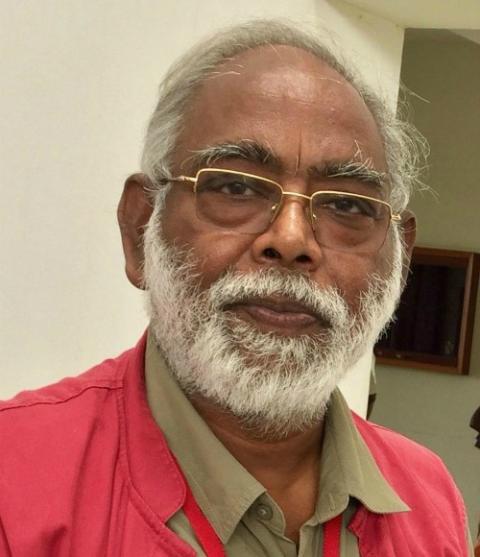 However, much is expected of the nuncio in "a feudal society such as India" where the church is "absolutely dependent" on foreign funds sent through Rome, said the spokesman. "He is also a sort of agony aunt for aggrieved and hurt communities and individuals, a post office, a counselor and an adviser."

Dayal says nuncios should be trained to work for "an honest, just, incorruptible church that obeys Jesus the Christ" before being sent to a complex country such as India.

India accredited its first full ambassador to the Holy See in March 1965, fewer than six months after Pope Paul VI had become the first pontiff to visit the country.

Welcoming the ambassador to Rome, Paul said that during his visit he had been impressed with India's faithfulness to its religious heritage and "native respect for religion." The pope then raised India's diplomatic status to the highest level, giving the country a full nuncio instead of a pro-nuncio.

Many wonder if the last nuncio, now headed to Brazil, lived up to that expectation.

[Jose Kavi is the editor-in-chief of Matters India, a news portal focusing on religious and social issues in India.]