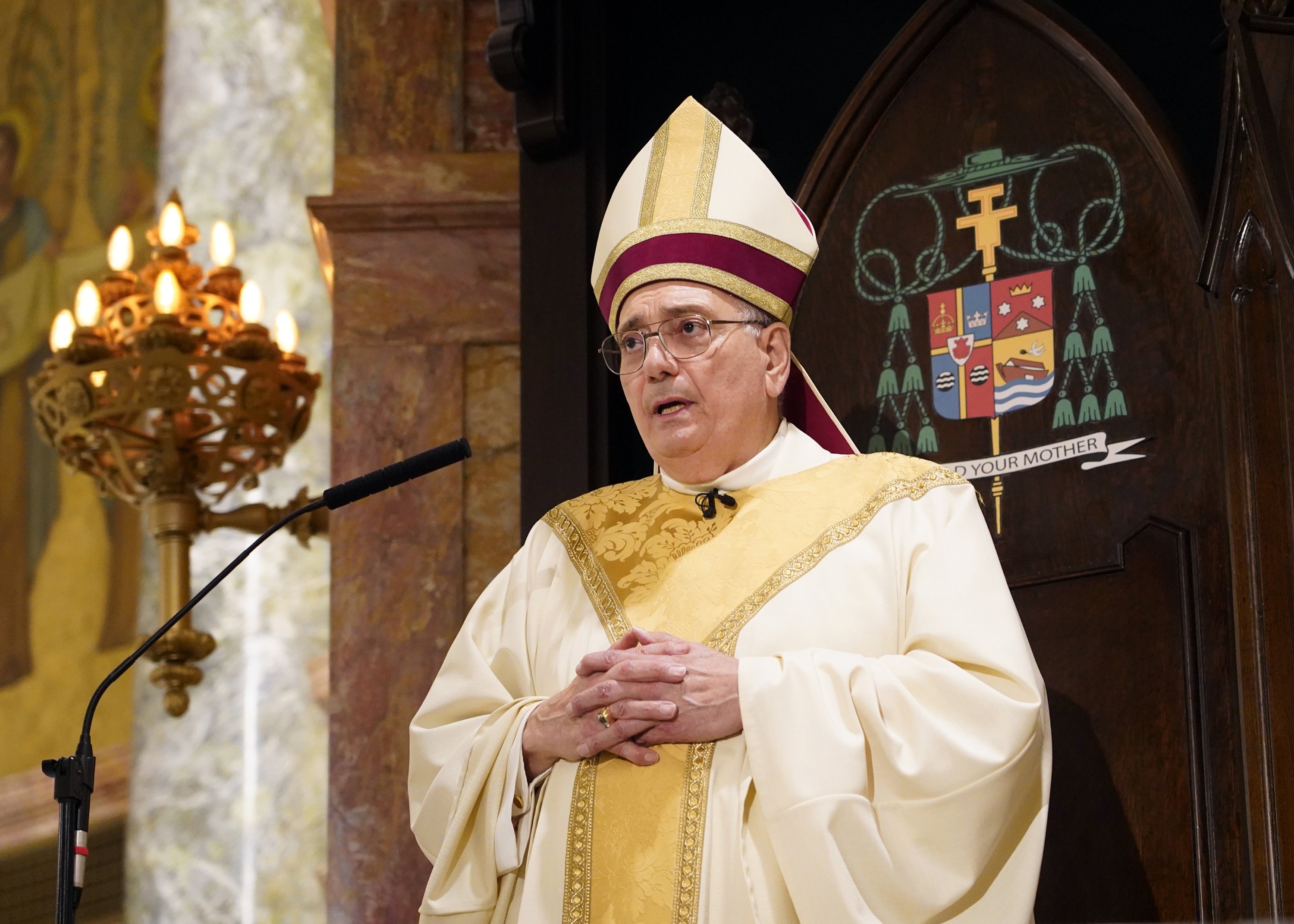 Bishop Nicholas DiMarzio of Brooklyn, N.Y., speaks during a Mass at the Co-Cathedral in Brooklyn June 5, 2021, during which he ordained four men to the priesthood. (CNS photo/Gregory A. Shemitz)

The Vatican has concluded that allegations of sexual abuse dating back a half century against the Roman Catholic bishop of Brooklyn do "not have the semblance of truth," but an attorney for the accusers said they will continue to pursue their civil cases.

Cardinal Timothy Dolan, the Archbishop of New York, said Wednesday that the Vatican has closed its investigation into allegations made separately by two men, who accused the Bishop Nicholas DiMarzio of abusing them a half century ago when he was a priest in New Jersey.

DiMarzio denied the accusations made by his accusers, both of whom have filed civil claims against the bishop.

"The investigations concerning the credibility of my clients were subjective and biased because the investigators were controlled by and paid for by the Catholic Church," said their attorney, Mitchell Garabedian.

"The Congregation of the Doctrine of the Faith, which rendered the decision, is in the business of continuing the secrecy of clergy sexual abuse by hiding the truth," Garabedian asserted.

Dolan hired a law firm to look into the allegations. That investigation was led by former FBI Director Louis Freeh.

The findings were then forwarded to the Congregation for the Doctrine of the Faith for its review, which determined that the accusations were baseless.

One of his accusers, Samier Tadros, said the abuse began when he was 6 years old and a parishioner at Holy Rosary Church in Jersey City.

Tadros has demanded $20 million in compensation.

The Associated Press does not typically identify victims of sexual abuse unless they come forward publicly, as Tadros has done.

Critics expressed concern that the Congregation for the Doctrine of the Faith, comprised of other bishops, would lack impartiality.