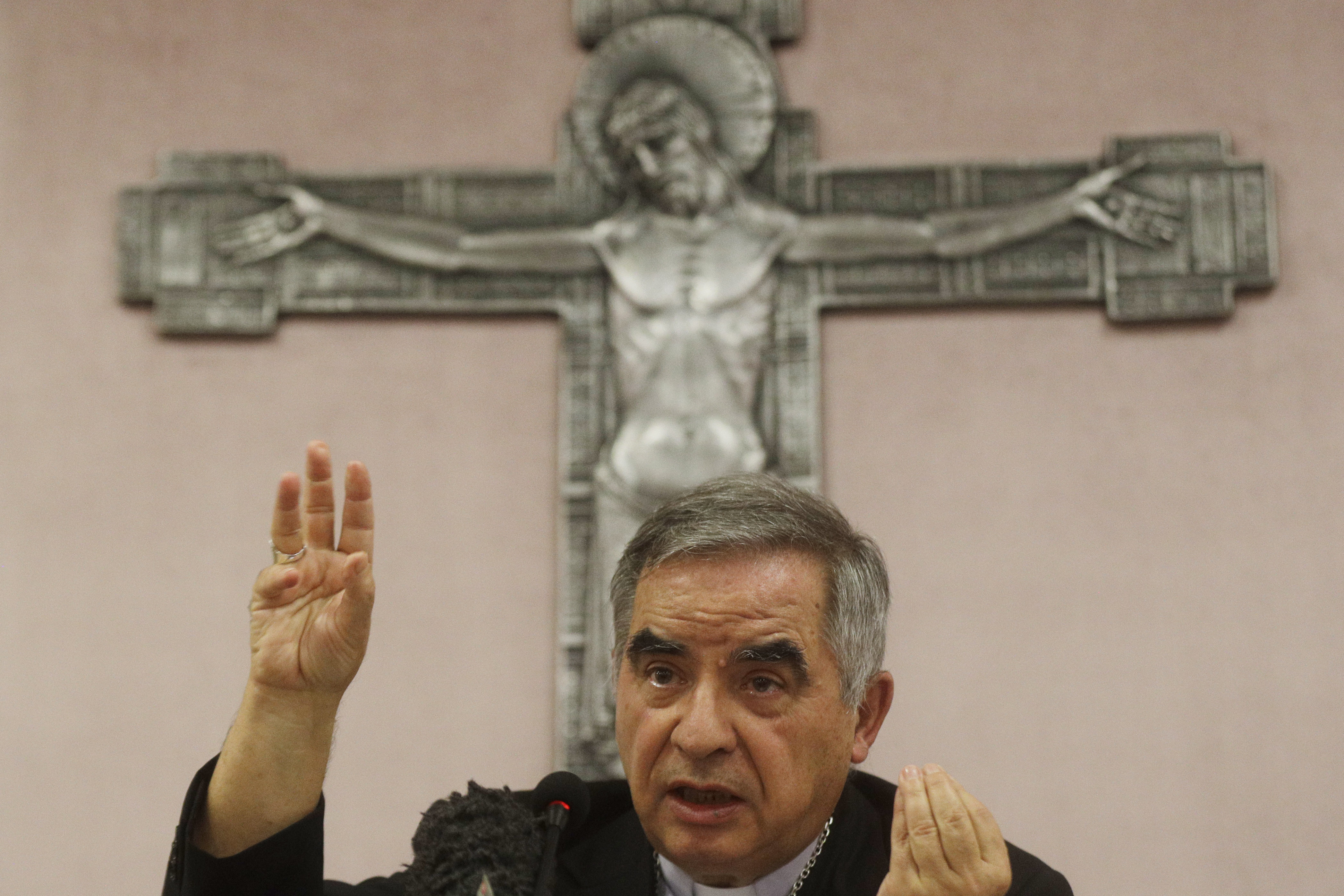 VATICAN CITY — The Vatican's criminal tribunal on Tuesday resoundingly rejected defense motions to dismiss a landmark financial fraud case and ruled the trial will go ahead with the questioning of a cardinal scheduled for later this month.

Judge Giuseppe Pignatone read aloud his rejection of two-dozen defense arguments from the past seven months that sought to have the charges dropped against the 10 defendants. The case involves the Holy See's bungled 350 million-euro (US$390 million) investment in a London property, though it has grown to involve other unrelated financial charges.

Pignatone set March 17 for the next hearing. Cardinal Angelo Becciu, a former top Vatican official, is expected to be questioned about allegations he funneled Holy See money to a Sardinian charity run by his brother. He and the other defendants deny wrongdoing.

Vatican prosecutors have accused the Holy See's longtime money manager, Italian brokers and lawyers of fleecing the Vatican of tens of millions of euros in fees for the London deal and of then extorting 15 million euros from the Vatican to get full ownership of the property.

The defense raised objections that included Pope Francis' own intervention in the investigation on behalf of prosecutors and complaints that the rights of the defendants had been harmed.

The defense alleged violations of the European Convention on Human Rights and the Italian Constitution, but Pignatone noted that neither applied to the case since the Vatican is not a signatory to the convention and is a sovereign city-state, independent of Italy.

In his order, Pignatone said the defendants could get a fair trial in the Vatican and their rights had been respected, noting that Italy's highest court and a Swiss court had affirmed as much in recent rulings related to the trial.

But the judge conceded he had no authority to order Vatican prosecutors to provide more evidence to the defense than they already had.

Defense lawyers have argued that prosecutors withheld most of the evidence they seized during their investigation, turning over copies of the information from only 16 of 255 cellphones, laptops and computers. The defense lawyers said they can't defend their clients without full access to the evidence.

Pignatone said the Vatican City State's procedural code gives prosecutors full discretion to decide what evidence to hand over and it can be "all or in part." He suggested defense lawyers ask the prosecutors directly to return the seized material that wasn't being used, saying the tribunal itself "has no competence to decide on things that were seized but not deposited (as evidence)."