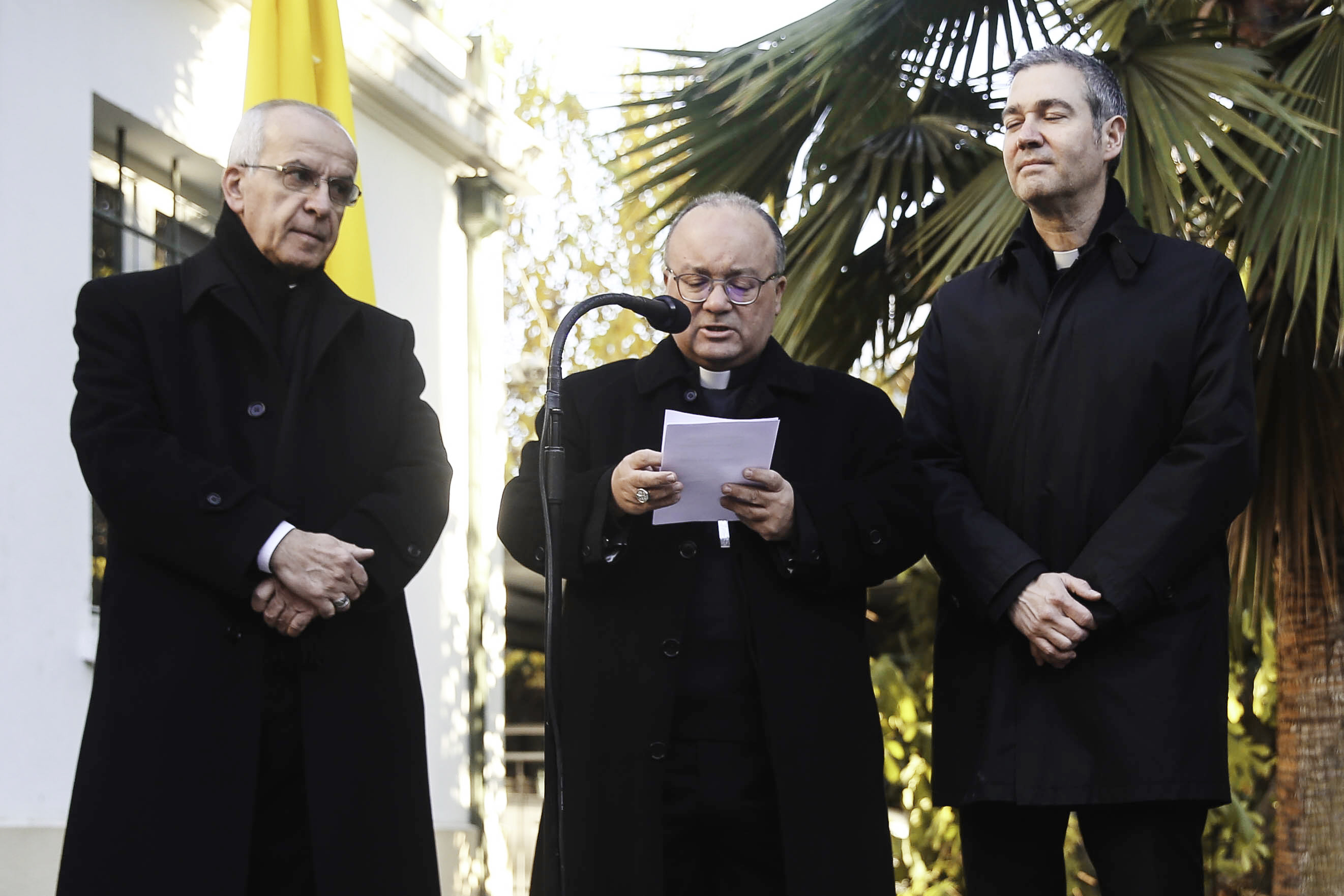 Arriving on his second visit to Chile, Archbishop Charles Scicluna of Malta said his mission to the country was a sign of Pope Francis' closeness to the local church following devastating reports of sexual abuse and cover-ups by members of the clergy.

Speaking to journalists in Santiago June 12, the archbishop said his team's pastoral mission includes providing "concrete technical and legal assistance to the dioceses in Chile so they may give adequate responses to each case of sexual abuse of minors committed by clergy or religious."

Scicluna, president of a board of review handling abuse cases within the Congregation for the Doctrine of the Faith, and Fr. Jordi Bertomeu Farnos, an official of the doctrinal congregation, visited Santiago June 12-13 before going to Osorno June 14-17.

On June 11, Francis accepted the resignation of 61-year-old Bishop Juan Barros of Osorno and two other Chilean bishops. Barros' appointment as head of the Diocese of Osorno in January 2015 sparked protest because of the bishop's connection to Fr. Fernando Karadima, his former mentor. Karadima was sentenced to a life of prayer and penance by the Vatican after he was found guilty of sexually abusing boys.

Several of Karadima's victims alleged that Barros -- then a priest -- was present when the abuse occurred.

On June 13, police raided the officials of the Archdiocese of Santiago's judicial offices, a move archdiocesan officials told media they were not expecting, and the offices of the bishop of Rancagua.

Bishop Alejandro Goic of Rancagua was forced to suspend 14 of the diocese's 68 priests May 19 after an investigative report by Chilean news channel Tele 13 alleged there was a sex-abuse ring made up of clergy and known as "La Cofradia" ["The Brotherhood"].

Although presented with evidence of the group's existence by a local youth minister on several occasions, Goic failed to act, it was reported.

After Tele 13's report, he apologized for his failure to act, and he resigned as president of the bishops' commission for abuse prevention.

Regarding the Vatican team's visit to the Diocese of Osorno, Scicluna said he and Bertomeu have "the task of manifesting the pope's closeness" to the diocese and the people of the city "in a sign of service and communion in a context of prayer, liturgical celebration and mutual listening and cordiality."

Upon his arrival in Santiago, Bertomeu told journalists, "We have come to ask forgiveness in [the pope's] name."

Among the other resignations accepted by Francis were Archbishop Cristian Caro Cordero of Puerto Montt and Bishop Gonzalo Duarte Garcia de Cortazar of Valparaiso. Both had reached the customary retirement age of 75.

However, several former seminarians in Valparaiso reacted negatively to the announcement that

Duarte's resignation was accepted due to age and not for allegedly covering up their abuse at the hands of members of the clergy.

In an interview with Chilean radio station Radio Bio Bio, Marcelo Soto, a former seminarian who studied at the San Rafael de Lo Vasquez seminary, alleged his report of abuse by Fr. Humberto Henriquez was ignored by the bishop, who at the time served as vicar general of the diocese of Valparaiso.

He also claimed that he was asked by Duarte what he did to provoke the priest's sexual advances and was advised "to keep quiet."

Several other former seminarians also accused Duarte of sexual abuse and abuse of conscience and power; they said they sent their complaints directly to the Congregation for the Doctrine of the Faith after the Diocese of Valparaiso and the apostolic nunciature refused to accept them.

In a June 6 statement, the Chilean bishops' conference denied receiving complaints against Duarte and said there was "only one complaint made to civil authorities several years ago against him and other bishops and priests that were dismissed."

However, Fr. Eugenio de la Fuente Lora, a survivor of abuse who along with several Chilean priests met with Francis June 2, said the bishops' statement "did not conform with the truth."

When asked by journalists whether any more resignations from the country's bishops will be accepted, Bertomeu said that decision was up to Francis.

"We must leave that in [Francis'] hands, but we must be very hopeful that things will go well," he said.

A version of this story appeared in the June 29-July 12, 2018 print issue under the headline: Francis accepts resignation of Chilean bishop at center of abuse scandal.