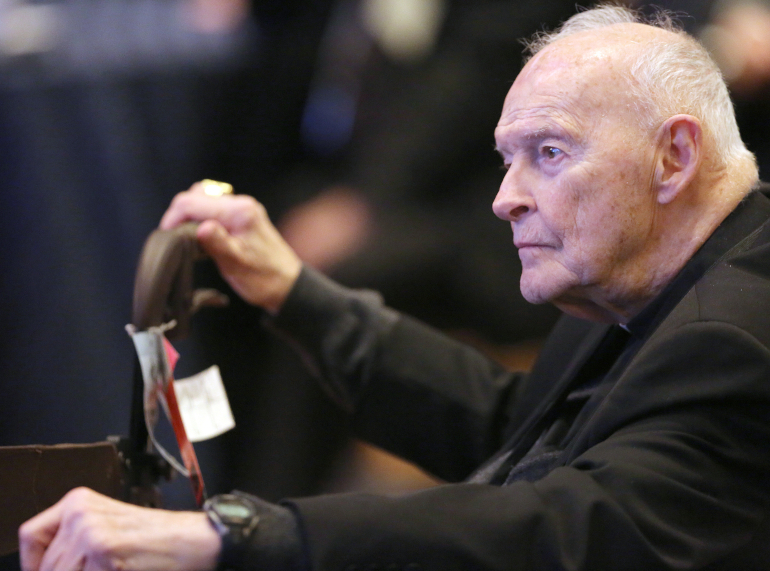 Theodore McCarrick is pictured in Baltimore, Maryland, in 2017. (CNS/Bob Roller)

Editor's Note: A day after the publication of this story, the Vatican announced Nov. 6 that its report on the career of disgraced ex-cardinal Theodore McCarrick will be released on Nov. 10.

The Vatican's report on how disgraced ex-cardinal Theodore McCarrick was able to rise through the American Catholic hierarchy despite reports of inappropriate relationships with young men is expected to be released within the next weeks, National Catholic Reporter has learned.

The Vatican wants to release the document prior to the annual meeting of the U.S. Catholic bishops' conference, which is to be held virtually Nov. 16-17, said an informed Vatican source. The person asked not to be named as they did not have authorization to speak on the matter. 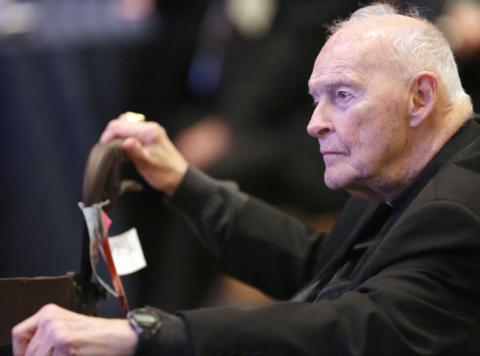 Theodore McCarrick is pictured in Baltimore, Maryland, in 2017. (CNS/Bob Roller)

Reuters first reported the news earlier in the day Nov. 5.

McCarrick, aged 90, was long one of the most influential prelates in the U.S. Catholic Church. He led the Catholic communities in Metuchen, New Jersey, and Newark, New Jersey, before serving as Archbishop of Washington, D.C., from 2001 to 2006.

But in a series of shocking announcements in June 2018, the archdioceses of New York, Newark, and Washington and the diocese of Metuchen revealed that McCarrick had been ordered by the Vatican to step down from active ministry after an allegation of sexual abuse was found "credible and substantiated."

Francis confirmed McCarrick's removal from the priesthood, after a guilty finding by the Vatican's Congregation for the Doctrine of the Faith, in February 2019.

The pope first ordered a "thorough study of the entire documentation" present in the Vatican's archives regarding McCarrick in October 2018. The Vatican has not said why it has taken so long to produce a report on the matter.

The Vatican's original statement announcing the pope's order for a report on McCarrick's rise promised: "We will follow the path of truth wherever it may lead."

McCarrick was succeeded in his role in Washington by Cardinal Donald Wuerl, who was in turn replaced by Archbishop Wilton Gregory in May 2019.

Release of the Vatican's report next week would place its timing shortly before Gregory is due to be made a cardinal by Francis on Nov. 28.