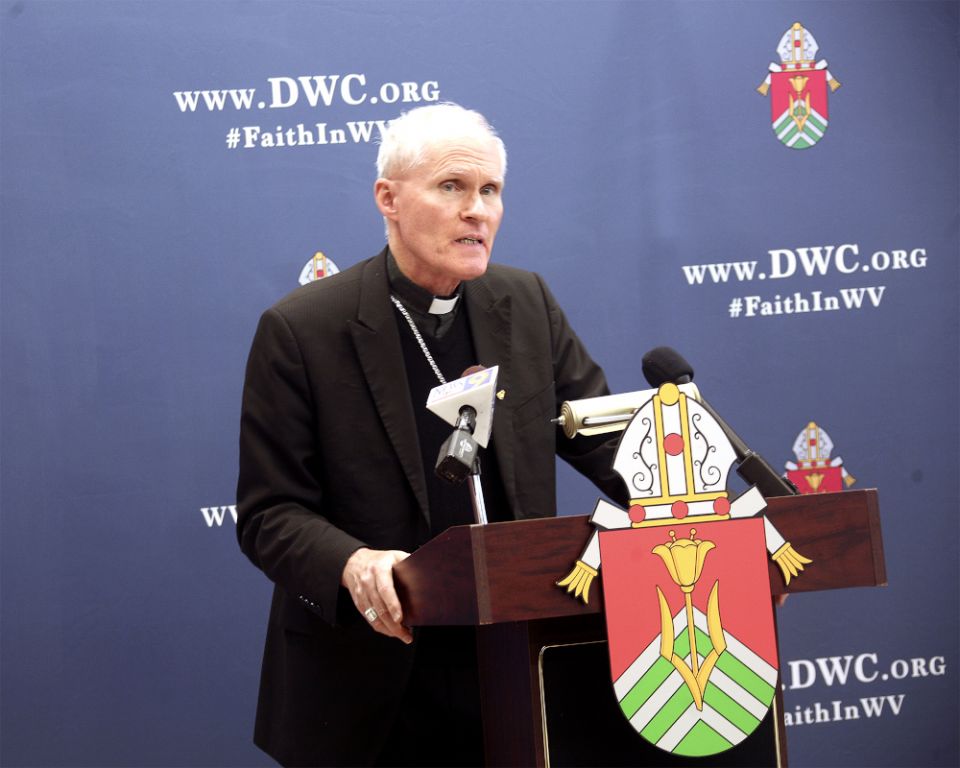 Washington — Bishop Mark Brennan of Wheeling-Charleston, West Virginia, has asked the former bishop of the diocese to pay back more than $792,000 to cover the "inappropriate expenditure of diocesan funds to support a luxurious lifestyle."

Brennan outlined a series of other actions he has proposed that retired Bishop Michael Bransfield take including issuing apologies to the people he is alleged to have sexually abused, to the faithful of the diocese for "the grievous harm he caused," and to diocesan employees "who suffered from a culture of intimidation and retribution which the former bishop created."

A nine-point "plan of amends" developed by Brennan was announced in a Nov. 26 letter he sent to the faithful of the diocese.

The plan covers several measures including a reduction in his diocesan pension, the loss of certain aspects of health care coverage, the return or purchase of the car Bransfield was provided at retirement and denial of burial in the diocese.

Bransfield, 76, left his position in September 2018 after 13 years in the diocese under a cloud of allegations of sexual and financial misconduct. Pope Francis accepted Bransfield's resignation Sept. 13, 2018.

The letter said that Francis had determined that the allegations of sexual abuse and excessive financial expenditures leveled against Bransfield "were found to be credible and substantiated."

The pope subsequently restricted Bransfield from presiding or participating in public celebrations of Mass as a priest or bishop and ordered that he not live in the diocese.

In outlining the plan, Brennan wrote: "It will now be the decision of Bishop Bransfield whether to accept these measures of restitution and accept responsibility for his actions which have caused great harm to the diocese he once led."

"I have strongly urged the bishop to do so and to put the well-being of the diocese ahead of his own personal considerations," the letter said.

Brennan said that since his installation Aug. 22, he had learned during parish visits of the anger that exists among West Virginia's faithful "over the deeply troubling behavior and actions of the former bishop that have been widely reported."

At the same time, Brennan said, the diocese had undertaken an "extensive review" of Bransfield's expenditures "in more detail than what was conducted in the preliminary investigation, as reported to the Holy See."

The review found that from 2013 to 2018, $441,492 in diocesan funds was allocated for Bransfield's personal expenses that were "apparently unrelated to his official responsibilities."

The review also encompassed the first eight years of Bransfield's tenure, beginning in 2005, and discovered that an additional $351,146 "was attributable to the former bishops' luxurious lifestyle."

Brennan said he has asked Bransfield to return a total of $792,638 to the diocese, explaining that the amount "constitutes a fair and just amends ... for what were clearly and solely personal expenses."

"The review," the letter said, "involved a detailed analysis of  (Bransfield's) schedule for this period and determination that no discernable official church business was associated with these expenditures."

The diocese also reported the amount allocated for personal expenses during the five-year period ending in 2018 to the Internal Revenue Service, the letter said, and as a result Bransfield will be required to pay an excise tax of about $110,000 to the federal government.

In his letter, Brennan wrote that the retired bishop "will not be afforded the privilege of being buried within the Diocese of Wheeling-Charleston upon his death as is the custom of former bishops."

Other steps in Brennan's plan include the reduction of Bransfield's pension benefit from that which a bishop would normally receive to one that a priest who served in the diocese for 13 years would get: $736 per month. The diocese will continue to pay for the retired bishop's Medicare supplemental health care plan but not for plans covering prescriptions, long-term health care and disability.

"I wish to make clear that it is not my intention to impoverish the former bishop," Brennan wrote. "While not a dollar-for-dollar restitution for the former bishop's excessive expenditure of diocesan funds, I believe that this amount reflects the spirit of Pope Francis' requirement that Bishop Bransfield make 'amends for some of the harm he caused.'"

The letter continued, "We regard the former bishop's acceptance of this plan of amends as an act of restorative justice. It is also for his own spiritual good and his own healing as a man who professes to follow Christ."

The monies recovered in the restitution will be placed in "a special fund to provide counseling, care and support for those survivors of sexual abuse," Brennan said.

The nine-point plan also was submitted to Archbishop Christophe Pierre, papal nuncio to the United States, he added.