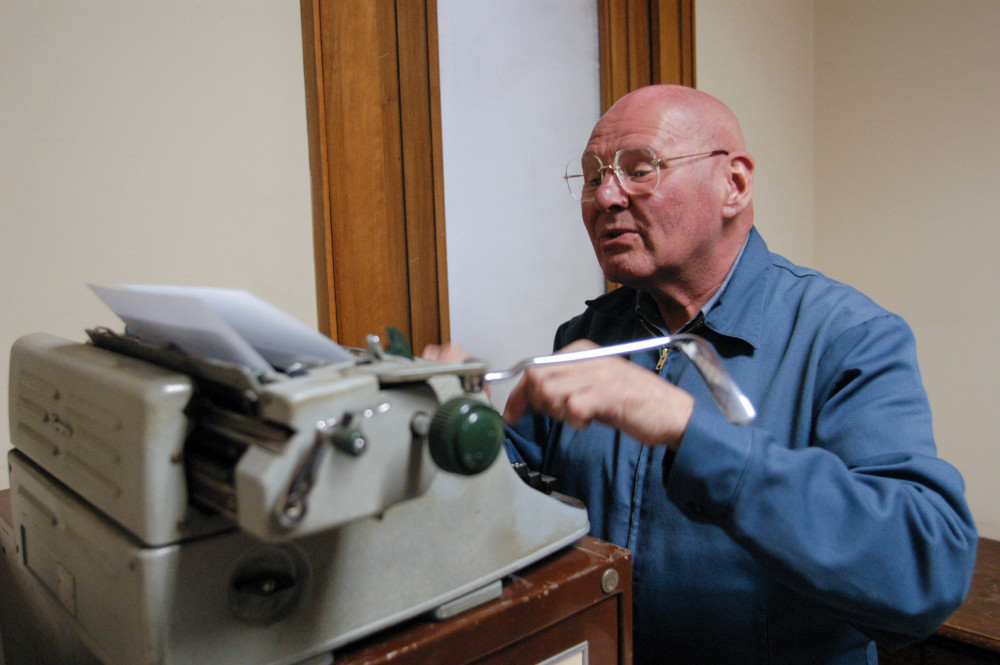 Famous for his homework sheets created on a manual typewriter, Discalced Carmelite Fr. Reginald Foster is seen working in his Vatican office in this January 2007 file photo. The Vatican Latinist and teacher of Latin died Dec. 25, 2020, in Milwaukee, Wisconsin. (CNS/Chris Warde-Jones)

Fr. Michael Berry, the Wisconsin-based provincial of the Discalced Carmelites, told the Milwaukee Journal Sentinel that Foster had tested positive for COVID-19 in early December, and he expected the official cause of death to be complications from the coronavirus.

In a Latin-language message to the superior general of the Discalced Carmelites, Cardinal Pietro Parolin, Vatican secretary of state, conveyed Pope Francis' gratitude for Foster's contributions to the church, as well as his condolences and prayers after Foster made his way "ad Patris domvm" (to the house of the Father).

Between classes, Foster often was seen on the university's front steps wearing his blue workman's uniform, purchased from JC Penney, and drinking a beer. Students and journalists would pass by for a chat, almost always assured of hearing him say something most people would consider inappropriate, even if it had not come from a priest.

The popularity of his classes, and Foster's disregard for whether or not the students were enrolled and paying the university, led to tensions with the Gregorian administration. He was ousted in 2006 but found benefactors to help him open a free Latin academy in the city.

An international crowd of Latin teachers and aspiring Latin teachers, hoping to inspire their students like Foster did, would apply each year for his summer classes held "sub arboribus" (under the trees) at the Carmelite residence where he lived. 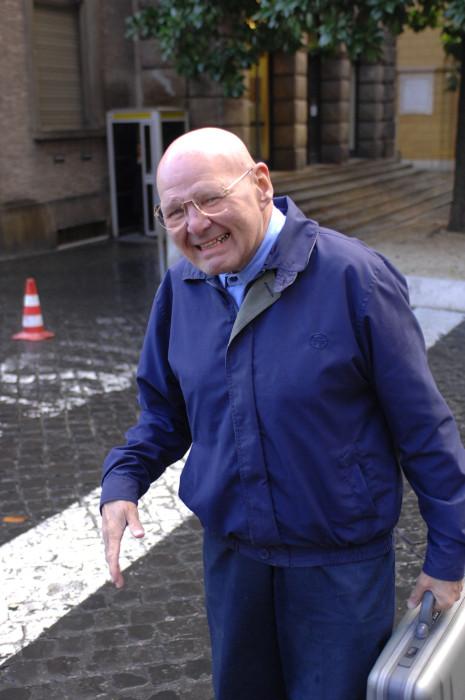 For years he was the star of "Latin Lover," a program of Vatican Radio's English section that gave him an opportunity to talk about the Latin in people's favorite hymns and prayers, but also about poetry, politics, history, inscriptions on buildings and ways to coin new phrases in Latin.

He also gave a tour of Rome sites associated with Julius Caesar each year on the Ides of March (March 15), the anniversary of Caesar's murder. The Carmelite would read accounts of the murder in Latin near the presumed site of the killing and then, pouring wine for each member of the tour, lead the singing of an ode to the emperor in the Roman Forum.

A series of health problems began when he broke his thighbone in 2008; he was re-hospitalized with an infection early in 2009 and had heart surgery. In the end, he was sent back to his native Milwaukee for rehabilitation where he began teaching again, although initially he had hoped to return to Rome.

Benedictine Fr. Daniel McCarthy, who had been working with Foster for more than 10 years putting together a multi-volume series of books based on the Carmelite's unique teaching method, told Catholic News Service Dec. 27 that just two days before he died, Foster had set a schedule of two-hour phone calls with him to begin working on the next volume.

"He was in quarantine in his care facility since last March or April," but he continued teaching. "He tried Zoom, but it was too frustrating. He really needed someone to manage the technical side for him." When that didn't work, he moved to one-on-one sessions using Facetime or Google Duo, and that continued until about a week before his death.

"He taught me patience and humility," McCarthy said.

The Latin poets and politicians, saints and sinners whose writings provided the basic texts for Foster's classes "had seen it all and done it all," the Benedictine said. Foster saw reading and reciting their work as continuing a conversation with them down through the ages, bringing one's own humanity, talent and frailty to discussions filled with those failings, but also beauty and great achievements.

Foster was summoned to the Vatican in 1969 when word of his academic achievements in Latin spread. By then, the office once known as Secretary for Briefs to Princes had been renamed the Latin Language Department of the First Section of the Secretariat of State.

Even as Latin declined as the common language of the church, the Latin section has continued to translate and publish virtually everything that comes off the pen of the pope. Foster retired from his Vatican post in 2009 when his poor health forced his move back to the United States.