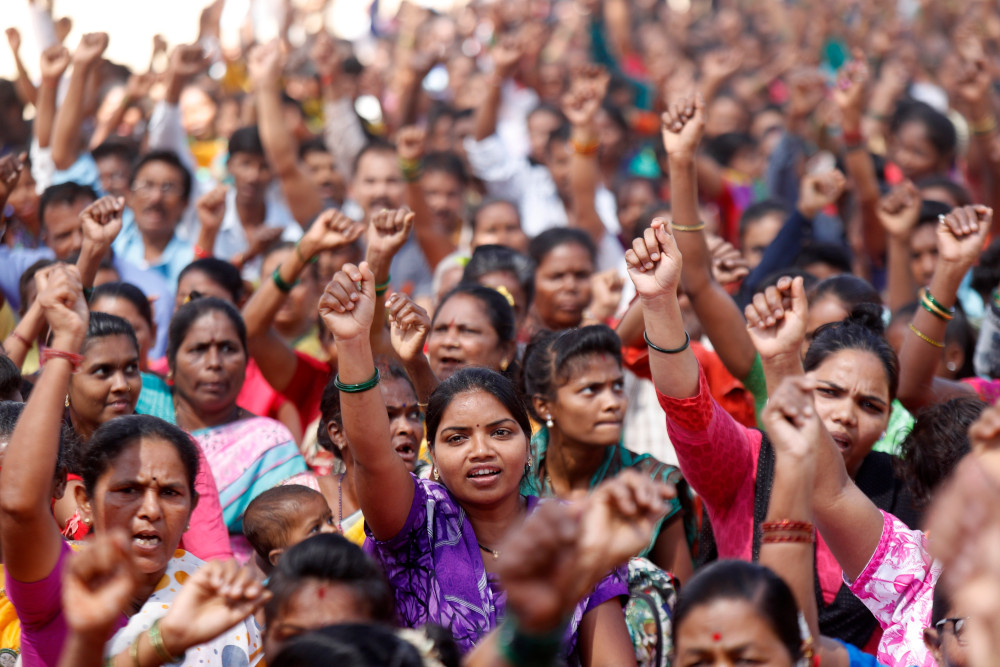 People from nomadic tribes and other communities participate in a protest rally against a new citizenship law in Mumbai, India, Tuesday, March 3, 2020. The new citizenship law fast-tracks naturalization for non-Muslim migrants from neighboring Pakistan, Bangladesh and Afghanistan who are living in the country illegally. (AP/Rajanish Kakade)

As anti-Muslim violence continues in India, the city of Albany, New York, has become the third U.S. city to pass a resolution denouncing the far-right Indian government's changes to citizenship laws that have drawn international condemnations alleging anti-Muslim bias.

Introduced by Councilman Alfredo Balarin, the resolution passed unanimously March 2 in the City of Albany Common Council and was signed by Mayor Kathy Sheehan the following day.

"A good friend tells a friend when they're acting badly," Balarin said. "India has been a longtime friend to the United States, but it's important that we tell them publicly when they're acting against the values we stand for as a nation. What's happening in India is not acceptable, and we can't turn a blind eye."

"The Modi regime's repressive and racist policies are inconsistent with Albany's values as a city that welcomes South Asian communities of all castes and religions," the resolution stated. " ... the Common Council urges our congressional delegation to support legislation censuring the Republic of India for adopting these policies."

The controversial Citizenship Amendment Act offers a fast-tracked route to citizenship exclusively to non-Muslim refugees from neighboring countries, and Modi's government has also promised a National Register of Citizens that will require Indians to provide documentary evidence of their citizenship. The registry has already been rolled out in the state of Assam, where it has excluded nearly 2 million individuals from citizenship.

"There is a lot of concern about how the government is treating its citizens, but there isn't any recourse for the people who are living there," said Dr. Tabassum Insaf, a local Indian American who helped advocate for the resolution as part of the volunteer coalition Muslim Advocacy Council of New York. "So it comes to the Indian diaspora to then speak up on the behalf of people there so the world comes to know what's happening, and we can get an international movement going to address these discriminations."

The far-right Indian government's CAA and NRC brought millions of Indians to the street in historic and largely peaceful protests. But violence broke out in India's capital, New Delhi, after a local official from Modi's party threatened to forcibly remove anti-government demonstrators from the city. 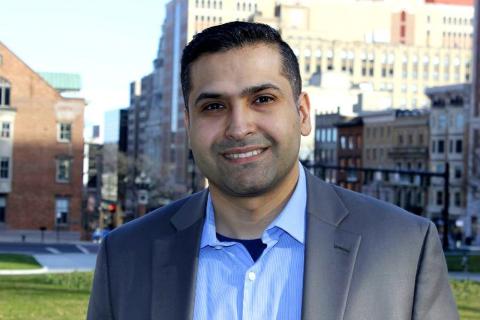 At least 43 people have died in the city as it experienced its worst communal violence against a religious minority in over 30 years. Mobs of Hindu nationalists have attacked Muslims, burning their homes and mosques.

President Donald Trump, who was visiting New Delhi as the violence erupted, did not address the issue when questioned about the riots and defended Modi's record on religious freedom.

"When the city council speaks and says that an issue matters to them, that a wrong is happening somewhere in the world, it gives support to people who want to make a change," said Dr. Ashar Ata, who works in Albany and is part of the Muslim Advocacy Council of New York. "It's the city's voice, and it gets heard by state and federal legislatives. This is where it begins."

Advocates pushing for the resolution said Hindu nationalists already have positions of power in the U.S., giving the example of Amit Jani, who heads Muslim outreach for Vice President Joe Biden's presidential campaign and also has Hindu nationalist ties.

"For us Muslims living in Albany, when the city council passes a resolution against discrimination in a far-off land where our families live, it tells us that hopefully such a thing will never come to this place," Ata said. "Because the infiltration of this mentality is happening even in the United States. It won't be long before such things start happening in the U.S. as well. So it's better that a city takes a stand at step zero rather than after it's already knocked on their door."

Balarin, who began researching the issue after local residents started pushing for the measure, described its passage as a "grassroots" effort to show solidarity with local South Asian community members as well as bring international attention to the issue.

"This isn't an issue that's on everybody's radar," Balarin said. "To hear that the world's largest democracy, which has such close ties to us, is acting in this fashion and taking steps against religious groups is shocking. The more people that are aware, the more they can put pressure on our federal government to take stronger steps."

"I hope these resolutions catch on in cities around the world, in the media, in the State Department, and the American citizens who don't have connections with India get to know that there are people living among them who are affected by it," Ata said.