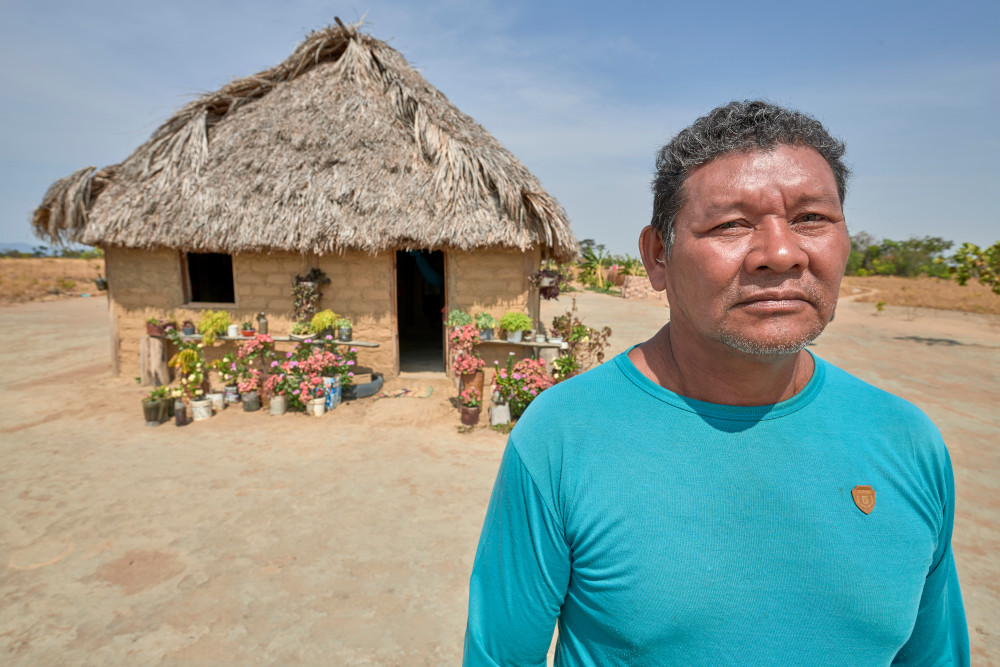 Norberto Cruz da Silva, a leader in the Wapishana indigenous village of Tabalascada in the Brazilian Amazon and the local catechist coordinator, is pictured in April 2019. The final document of the October Synod of Bishops for the Amazon acknowledged that a lack of priests means Catholics in the region have only sporadic access to the Eucharist, reconciliation and anointing of the sick. (CNS/Paul Jeffrey) 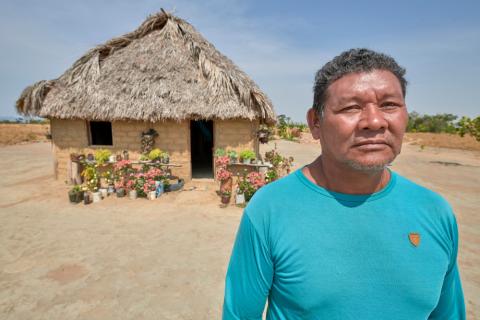 Norberto Cruz da Silva, a leader in the Wapishana indigenous village of Tabalascada in the Brazilian Amazon and the local catechist coordinator, is pictured in April 2019. The final document of the October Synod of Bishops for the Amazon acknowledged that a lack of priests means Catholics in the region have only sporadic access to the Eucharist, reconciliation and anointing of the sick. (CNS/Paul Jeffrey)

Catholics who work in the Amazon say members of small, isolated villages believe the church could be more present in their lives if it allowed the ordination of married men — a plan being considered on a limited basis for the Amazon region.

The controversial initiative discussed at the October Synod of Bishops for the Amazon is the result of concerns about the lack of priests in regions difficult to access — which, in the Amazon, is a good part of the region. The synod's final document acknowledged that a lack of priests means Catholics in the Amazon have only sporadic access to the Eucharist, reconciliation and anointing of the sick.

"There is a colleague of mine who serves 52 communities by himself around Santarem. This is an almost impossible mission, but he has been doing it for years," said Father Edilberto Sena, 77, of Santarem.

The priest of 49 years, who is the director of a network of radio stations throughout the Amazon region, said to allow married men to become priests would not solve all the Catholic Church's problems, but it would help communities that have the visit of a priest one or two times per year.

"It is a community's right to have sacred Mass once a week," said Sena, who does not have a parish of his own but helps with sacraments whenever he is called.

Archbishop Roque Paloschi of Porto Velho told Catholic News Service: "What our communities ask for today is a more constant presence ... the challenge of building an embodied church, of proximity rather than a church of sporadic visits."

"I believe it is a different way for the church to be present. It is no longer a church far away, but a nearby church, embodied," added Paloschi.

Sena told CNS of a priest in Tefe who takes "a seven-day boat trip to conduct Mass in the community of Itamarati. Many of the communities in the region are along rivers, and the mode of transportation is a boat."

Bishop Edson Taschetto Damian of Sao Gabriel da Cachoeira heads the diocese known to be "the most indigenous diocese in Brazil" and paints a similar picture. He told CNS that the current 19 priests in the diocese are not enough to serve the 23 indigenous ethnic groups dispersed in a region that is slightly smaller than the state of Arizona.

"The priests, with great effort, are able to visit the communities three, four times a year. Catechists are the ones who keep the faith of the communities alive," he said. "These catechists can be ordained as permanent deacons, and then communities can choose those who are capable of receiving priestly ordinations."

This would allow the church to have a permanent presence, he said.

Sena said the idea was "not to allow priests who have gone through the seminary for many years to get married, but to choose leaders, who are pillars of the community, and provide them with an annual monthly course, letting them go back to their communities and provide services that today, frankly, we are struggling to do."

"We already have a structure set up in many places, with married men who already are seen as local church leaders, so why not allow them to carry on all the responsibilities?" he asked.

Josep Iborra Plans, 59, was a Claretian missionary for 21 years when he asked to leave the priesthood to get married.

"For 15 years, I devoted myself to the people of Rondonia," he said, including serving as "the priest for over 20 river communities along a 600-km (372-mile) stretch of the Guapore River."

In one seven-year stretch, he saw 12 new communities develop. The number of Catholic priests, however, did not increase at the same rate.

Sometimes, he said, his work would take him from the city for more than a month. He said he tried to visit these communities at least four times per year, but sometimes it was difficult.

"Some communities were deep in the forest, six days by boat from any other village or town," he told CNS.

Plans said he understands the difficulty of remaining in the area if you are not from the Amazon. Adapting to many different cultures within the region and the lack of infrastructure are the main problems facing outsiders, he said.

"The first to come were the foreigners. In the 1980s, 1990s, foreigners were 80% of priests in the area. Now they come from other parts of Brazil, especially from the South. They come to stay one, maybe two years. When they start to understand life here, it's time to go," said Plans, who teaches at the Archdiocese of Porto Velho Seminary and is a member of Brazil's Pastoral Land Commission.

He said parishioners welcome the idea of having a priest present in their parish, married or not.

"The proposal around here is very welcomed. What these Catholics want is the regular presence of someone who will be able to celebrate Masses and baptisms, hear confessions, celebrate marriages," he said.

Paloschi described it in a similar manner.

"All children like to have the presence of their father and the mother. When the father or mother is missing, there is a hole in the family. This also happens to our communities. They want to feel the presence of the ordained minister," the archbishop said.

Simone Sarmento is member of the Santas Missoes Populares organization, a parochial group with the aim of reviving Catholic faith and Christian life and boosting community life in parishes and ecclesial communities.

"If these things (married priests) are not discussed, the church runs the threat of losing its faithful" in the Amazon, she said.

In her Diocese of Belem, she said, she has heard of priests celebrating five Masses per day.

"The reality here in this region is that there aren't enough religious for the population. We are losing our faithful to evangelicals and Pentecostals, because they are present on a daily, weekly basis and we are not."

"Things must change, Sarmento said. "If the Catholic Church cannot reach these people, someone else will."