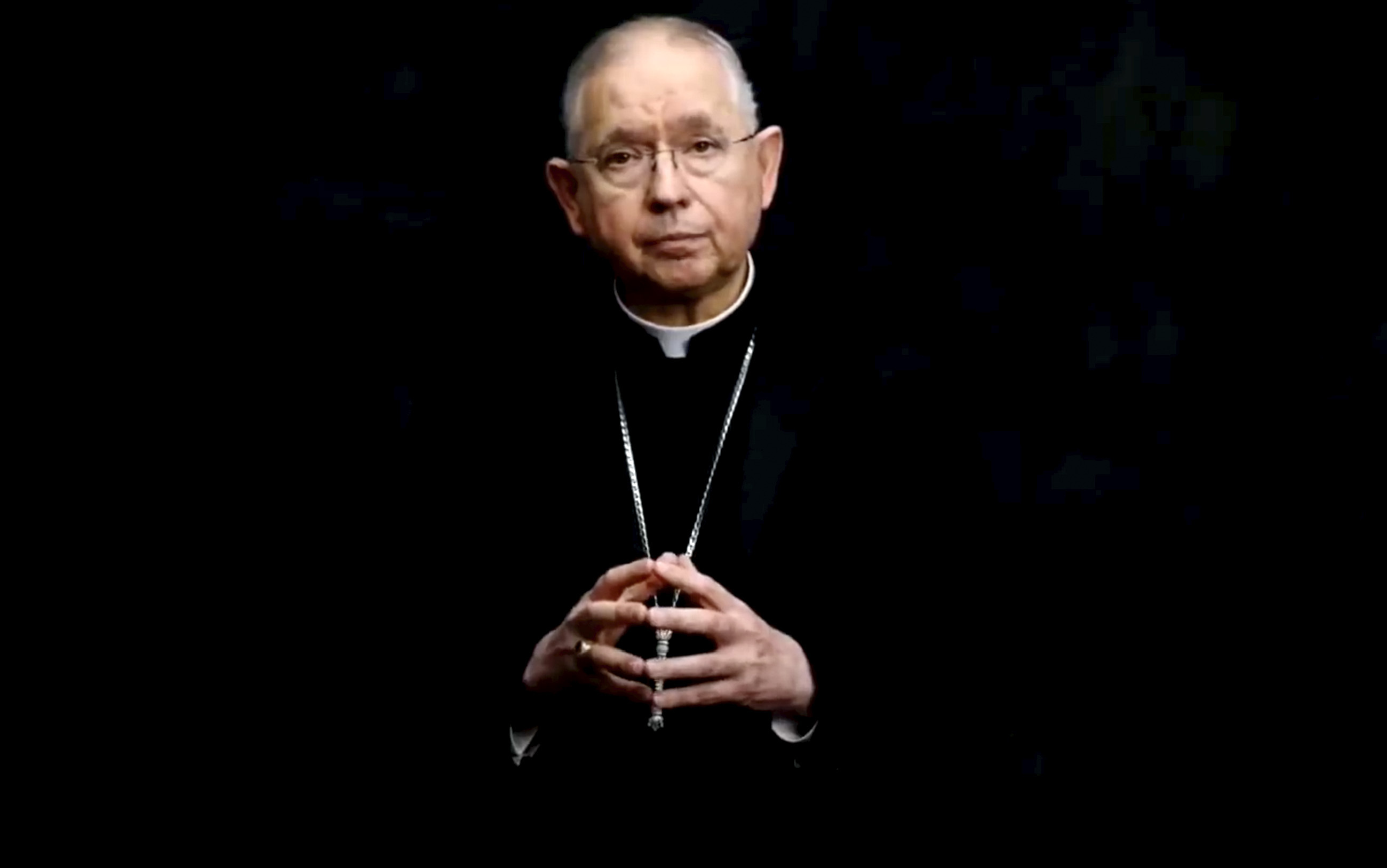 Byron Wratee recalls the silence among white Catholic priests after the killing of Trayvon Martin. Since then, he said, he's made a conscious decision to attend only Catholic parishes that are majority Black.

He's remained critical of the church's response to racism and racial justice in the aftermath of numerous police killings of Black men, but for Wratee, who grew up largely Pentecostal and converted to Catholicism 20 years ago, leaving the church is not an option.

"I have a right to be in this church," he said.

While Wratee, 38, has chosen to stay in the church, he is among a generation that is broadly becoming less religious and less affiliated with the institutional church. A recent study from Pew Research Center found young Black Americans are less religious than their elders. Specifically, Black millennial (49%) and Generation Z (46%) individuals are about twice as likely as Black members of the Silent Generation (26%) to say they seldom or never attend religious services at any congregation.

The study, " Faith Among Black Americans," reveals the particular difficulty the Catholic Church is having in retaining Black adults who were raised Catholic.

While the Catholic Church grapples with a range of issues — from patriarchal structures to a lack of LGBTQ inclusivity — Wratee, who is working toward his doctorate degree in systematic theology at Boston College, said that for younger Black Americans, "racism is the root cause" of why they're leaving the church.

An overwhelming 77% of Black Catholics said opposing racism is essential to their faith, according to the Pew study, which surveyed more than 8,600 Black adults.

For many Black Catholics, Wratee said, there's a fundamental belief that you cannot be a Christian and a racist. And so, he said, "We have a duty to preach the gospel to our white brothers and sisters."

This is why Wratee is participating in a four-part webinar series titled, "Black Catholics and the Millennial Gap." The first episode launched Nov. 8 — to commemorate Black Catholic History Month — and focused on racism, trauma and the Catholic Church.

The series, sponsored by the National Black Catholic Conference, will touch on Black freedom movements and Black Catholic worship, music and liturgy. It will culminate in February during Black History Month.

According to the Pew report, nearly all Black adults — whether religiously affiliated or not — believe in God or a higher power (97%).

Herrington, a doctoral student in systematic theology at the University of Notre Dame, believes it's too simplistic to say people aren't religious because of atheism or secularism. You have to factor in the experiences of sexual and racial trauma prevalent in the church, she said.

According to the Pew report, nearly all Black adults — whether religiously affiliated or not — believe in God or a higher power (97%).

"People aren't less religious than they used to be," said Herrington, who converted to Catholicism about two years ago while pursuing her masters of divinity. "I think people are tired of being mistreated."

While Herrington didn't grow up religious, she joined a Protestant evangelical Baptist church in high school, but she later sought more, wanting to be "connected to something that was bigger and outside of myself." Herrington was drawn to Catholicism's sacramental life.

"Praying the rosary, beginning to ask Mary for intercession was new for me — and having her almost speak back in a way," said Herrington, who attends St. Augustine Parish, a historically Black Catholic church in South Bend, Indiana. "Going to eucharistic adoration has meant so much to me. It's something I still do now."

She hopes the online webinars and discussions can inspire young lay Catholics, particularly Black Catholics, to consider vocations in and outside the church and realize that "we are empowered."

The first webinar episode, which explored racism and the church, launched just days after Los Angeles Archbishop Jose Gomez, president of the U.S. Conference of Catholic Bishops, denounced "new social justice movements" during a speech for the meeting of the Congress of Catholics and Public Life in Madrid. He condemned the movements as "pseudo-religions" that are "dangerous substitutes for true religion."

The Gomez speech — and the divided reactions to it — underscore the complicated space Black Catholics occupy, many of whom attend predominantly white or multiracial churches.

While Gomez said the killing of George Floyd was "a stark reminder that racial and economic inequality are still deeply embedded in our society," he suggested the movements that inspired demonstrations in 2020 serve as replacements for "traditional Christian beliefs."

An online petition, sponsored by Faithful America and Faith in Public Life, has called on Gomez to apologize and listen to Black Catholics. The petition garnered more than 12,000 signatures and was delivered to Gomez before U.S. Catholic bishops meet for their annual fall meeting beginning Nov. 15.

"Catholic bishops and other religious leaders ought to be in the streets with racial-justice movement organizers — not demeaning them," the petition reads.

The Gomez speech — and the divided reactions to it — underscore the complicated space Black Catholics occupy, many of whom attend predominantly white or multiracial churches.

To John Barnes, who will be leading an upcoming webinar episode, says, "Black people always exist in liminal spaces." Barnes, a doctoral student in systematic theology at Fordham University, converted to Catholicism in his 30s and said he was drawn by the religion's sacraments and rituals.

"There's nowhere you can go in America, really, where you can be fully affirmed unless you're going to be around a majority of Black and brown people," said Barnes, 36. The church is no different, he said.

But, he said, it's important to be a part of the future of the church and to honor and recognize the ancestors who "paved the way for us."

"If you believe the gospel is true and you are, in your heart, Catholic, you're not going to let whiteness put us out," Barnes said.

Meanwhile, for Wratee, it's crucial to place a distinction between the church and Mass attendance. Black Catholics are still in the church, in that they're still faithful and pray, Wratee said. "We are the church.

"We're just not going to Mass to have to listen to racist sermons from priests," Wratee said.