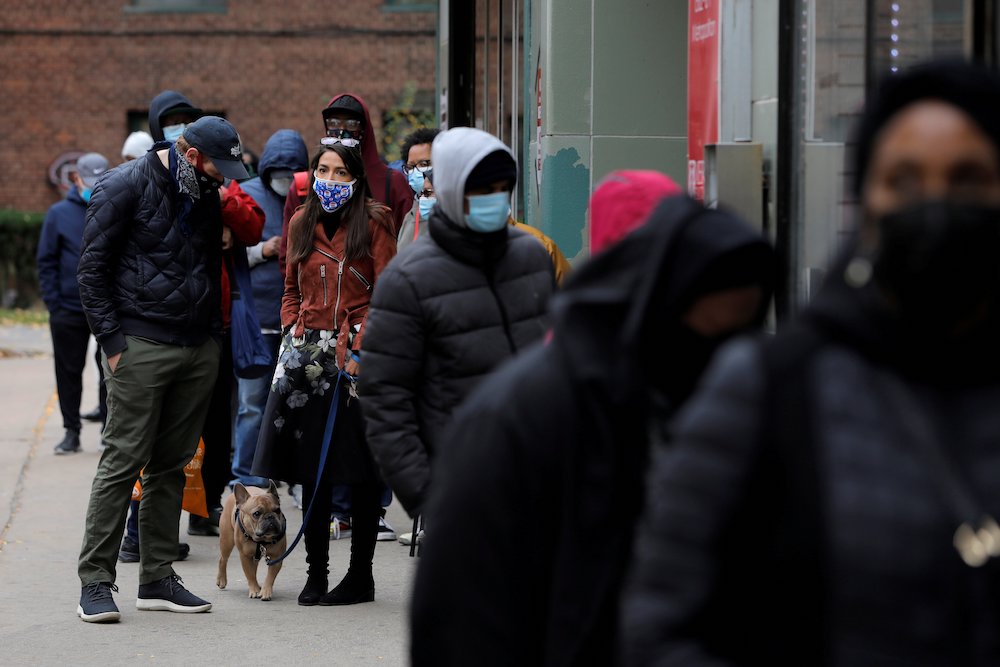 Her favorite biblical story is that of Jesus casting out the moneychangers from the temple.

Often cast as a socialist firebrand, Alexandria Ocasio-Cortez, the New York representative elected in 2018 as the youngest member of Congress, said she receives inspiration on issues such as health care and climate change from her Catholic faith as well as political ideology.

Popularly identified by her initials AOC, she talked about faith with NCR during a 15-minute phone interview Oct. 21, just weeks before the presidential and her own re-election campaigns conclude. Ocasio-Cortez is considered a shoo-in running in an overwhelmingly Democratic district, yet her contest has generated the second-largest amount of contributions for this year's congressional races on both sides, largely because her presence both galvanizes supporters and opponents. She is perhaps the most prominent metaphorical lightning rod in Congress.

She is being challenged by Republican John Cummings in her district, a heavily-immigrant area encompassing sections of the Bronx, where she was born, and Queens.

The Gospel parable of the Good Samaritan and the biblical stories of healing inspire her view in support of universal health care. Care for the sick and healing is a biblical value, she said, all part of "the stories we were raised with."

While such issues are politicized during these volatile times, Ocasio-Cortez sees herself as shaped by similar religious views shared by many of her critics. Some have criticized her for what they see as irreligious statements, such as her stance in favor of taking out the statue of St. Damien of Molokai from the Capitol, part of a pantheon of figures intended to illustrate the 50 states. Her strong support for a pro-choice stance on abortion has also come into criticism.

This summer she called the 19th-century missionary priest St. Damien, famous for ministering to lepers, as a symbol of colonial conquest, much to the consternation of some Catholics in Hawaii and beyond.

About her critics, she told NCR: "Everything gets politicized … it's part of the political environment of the culture we're in."

Her religious sense, she said, makes health care in particular a high priority. It has, she said, caused her to look at the issue in a way that some see as uncompromising. Many health care proposals, she said, take it for granted that millions of people, mostly poor, will remain without health coverage. She said that is unacceptable.

She said her views on climate change align strongly with Pope Francis, particularly his Laudato Si' encyclical on the environment. While Ocasio-Cortez's crafting of a Green New Deal did not take directly from the encyclical, she appreciates the pope's concern for the environment. The Green New Deal calls for the eventual abolition of fossil fuels and other controversial proposals to address climate change.

"We do know that the Earth is sacred. We do know it is a sacred gift. We have a responsibility to steward it and protect it," she said.

Related: Would Pope Francis back the Green New Deal?

Ocasio-Cortez, who first burst on to the national stage with her insurgent primary victory at the age of 29, is now 31. She described the Bible as having a formative impact on the way she views her public life.

"I consider myself Catholic," she said, adding that she "grew up in the Catholic faith." Her mother, Blanca Ocasio-Cortez, is an evangelical Christian born in Puerto Rico, and her late father, Sergio Ocasio, was a Catholic and religious education teacher, Bronx-born from a Puerto Rican family.

Alexandria Ocasio-Cortez was born in the Bronx and moved with her family when she was 5 years old to Yorktown Heights in Westchester County. As in much of the New York suburbs, Catholic faith there was largely imbued with traditions of Irish and Italian Americans.

She said she has made a point to explore how faith affects the lives of people. Her own district includes a religious mix of Christians, Jews, Muslims and Hindus. 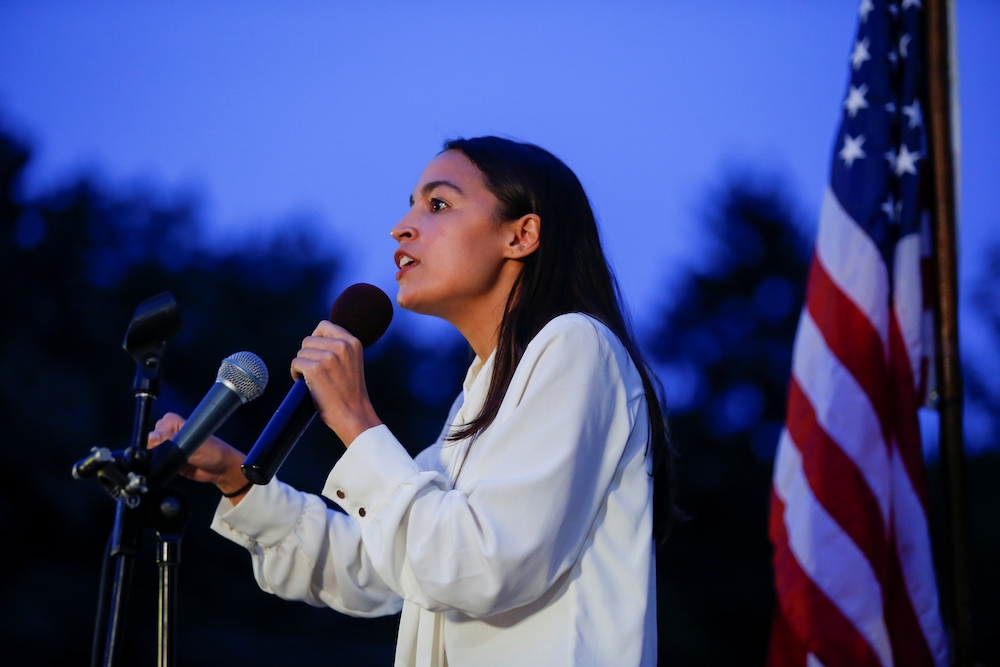 U.S. Rep. Alexandria Ocasio-Cortez speaks to people as they gather for a vigil Aug. 5, 2019, at Grand Army Plaza in Brooklyn, New York, to remember victims of the mass shootings in Dayton, Ohio, and El Paso, Texas. (CNS/Reuters/Eduardo Munoz)

She said she had a strong encounter with faith issues during her college years, "I was trying to figure out the world and my place in it." She explained why her favorite biblical story is that of Jesus throwing out the money changers from the temple in a fit of rage.

"You see Christ as human," she said, noting how she appreciated that he lived "as a human being who could lose his temper."

The story has deep political implications, she said. It's about how corruption happens, not because people are necessarily evil, but via a long process of small decisions seen to be convenient.

The cleansing of the temple, said Ocasio-Cortez, indicates "how a sacred space became co-opted. It happened via incremental decisions by many people." She tied that to an ongoing concern over the impact big money has on how political decisions are made. In the temple of American democracy, she said, the money changers remain at work and they need to be confronted.

A version of this story appeared in the Nov 13-26, 2020 print issue under the headline: AOC: Catholic faith inspires views on issues.