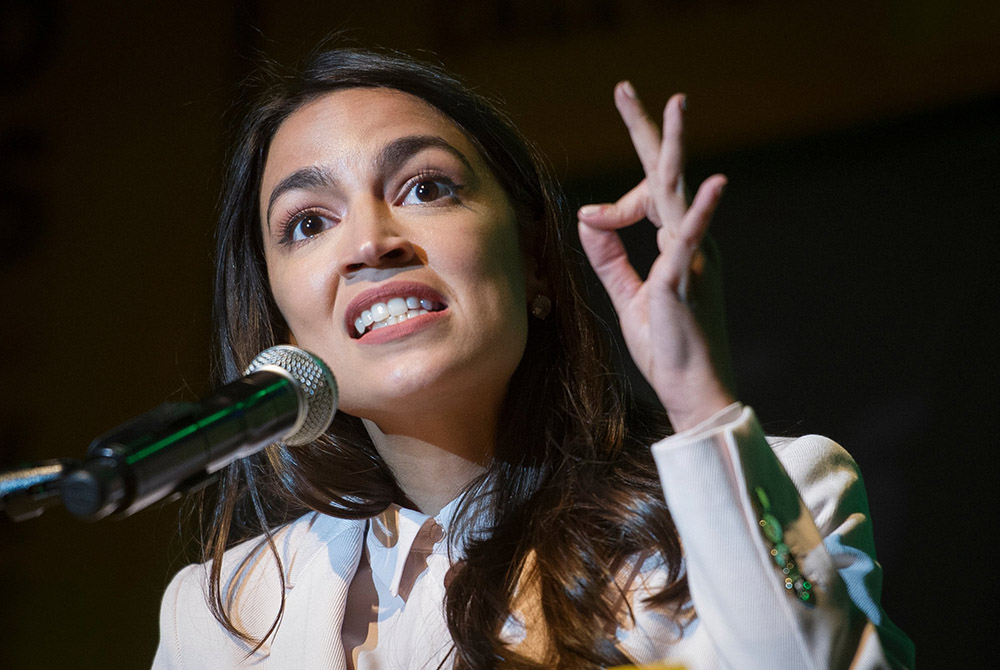 In this May 13, 2019, file photo Rep. Alexandria Ocasio-Cortez, D-N.Y., speaks at the final event for the Road to the Green New Deal Tour at Howard University in Washington. (AP/Cliff Owen, File)

A group of 60 Catholic Democrats in the House of Representatives, including Reps. Rosa DeLauro and Alexandria Ocasio-Cortez, released a "statement of principles" Friday (June 18) calling on U.S. Catholic bishops to avoid "weaponizing" the Eucharist. The statement was announced shortly after clerics voted to draft a document on Communion following debate that included discussion of whether or not to deny the Eucharist to Catholic politicians who back abortion rights. 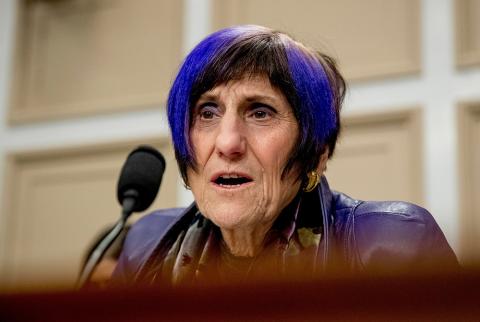 The statement was distributed among lawmakers this week as the U.S. Conference of Catholic Bishops convened virtually for their annual spring meeting, where the assembly debated whether to create a document on "eucharistic coherence." After hours of passionate back and forth that included references to denying the Eucharist to some elected officials, bishops' conference leadership announced approval to draft the Communion document on Friday.

Lawmakers cited the pope in their statement, asking bishops to "heed the words of Our Holy Father Pope Francis, who wrote in his Apostolic Exhortation, 'The Joy of the Gospel,' that 'the Eucharist although it is the fullness of sacramental life, is not a prize for the perfect but a powerful medicine and nourishment for the weak.' "

"As legislators, we too are charged with being facilitators of the Constitution which guarantees religious freedom for all Americans," the lawmakers wrote. "In doing so, we guarantee our right to live our own lives as Catholics but also foster an America with a rich diversity of faiths."

The scope of the final Eucharistic document may be broad, and the U.S. bishops' conference can't force an individual bishop to deny politicians Communion — each bishop has the power to decide that for their own diocese. But approving the proposal to draft such a document will likely have implications for both the American church and President Joe Biden, who has made his Catholic faith a talking point. Most Catholics in Congress are also Democrats, and currently only three of them are considered by Democrats for Life to be adequately "pro-life."

DeLauro of Connecticut was one of the chief organizers of the statement, along with Rep. Sylvia Garcia of Texas and Brendan Boyle of Pennsylvania. In addition to Ocasio-Cortez of New York, signers included Rep. Joaquin Castro of Texas and Reps. Pete Aguilar, Jim Costa, Ted Lieu and Juan Vargas of California. 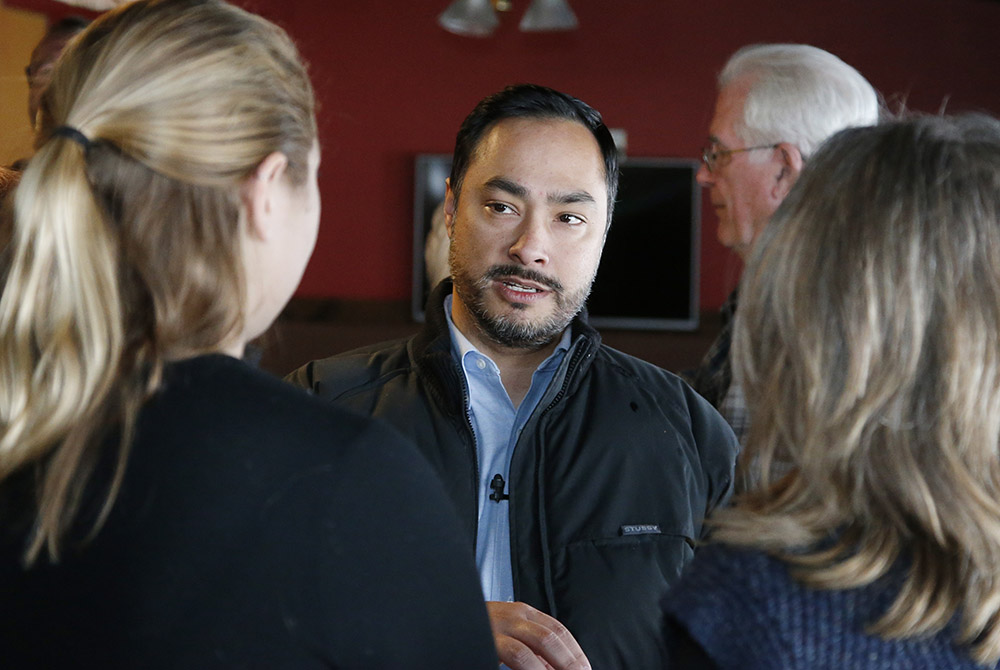 Lawmakers took issue with some bishops' emphasis on abortion over other church teachings. "No elected officials have been threatened with being denied the Eucharist as they support and have supported policies contrary to the Church teachings, including supporting the death penalty, separating migrant children from their parents, denying asylum to those seeking safety in the United States, limiting assistance for the hungry and food insecure, and denying rights and dignity to immigrants," they wrote.

Three years ago at the spring U.S. bishops' conference, Bishop Edward Weisenburger of Tucson, Arizona, did, in fact, suggest instituting "canonical penalties" (which includes Communion denial) for Catholics who participated in the Donald Trump administration's policy of forcibly separating immigrant families along the U.S.-Mexico border. However, unlike the recent campaign to deny Communion to politicians based on their abortion stance, Weisenburger's proposal did not gain traction or result in a conference document.

"We solemnly urge you to not move forward and deny this most holy of all sacraments, the source and the summit of the whole work of the gospel over one issue," the lawmakers' statement read. It then invoked the Second Vatican Council before adding: "To pursue a blanket denial of the Holy Eucharist to certain elected officials would indeed grieve the Holy Spirit and deny the evolution of that individual, a Christian person who is never perfect, but living in the struggle to get there."

The Catholic Democrats noted the importance of Catholic laity in helping the church be a "moral force" in the world before concluding, "as such, we have a claim on the Church's bearing as it does on ours."