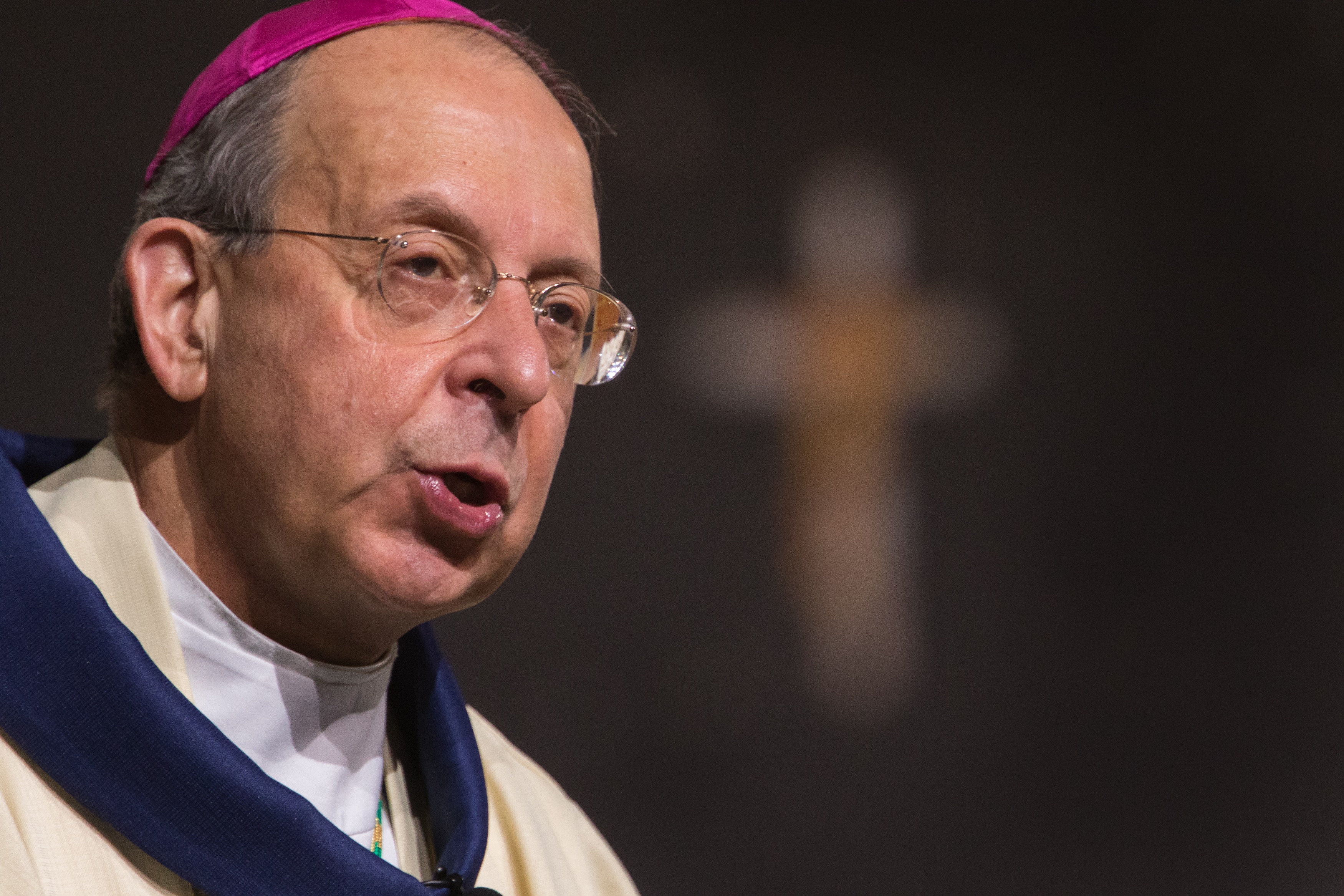 The upcoming 50th anniversary of the assassination of the Rev. Martin Luther King Jr. prompted Baltimore Archbishop William Lori to write a pastoral letter on the civil rights leader's principles of nonviolence.

The new document comes almost three years after riots shook the city of Baltimore following the death of Freddie Gray Jr. from injuries sustained while in police custody. It also follows on the archbishop's call in a New Year's service and in columns and other discussions encouraging people to "change the narrative" about Baltimore.

"The Enduring Power of Dr. Martin Luther King Jr.'s Principles of Nonviolence: A Pastoral Reflection" was formally issued on Ash Wednesday, Feb. 14. In it, the archbishop says, "Now is the time for all of us to reconnect with Dr. King and his teaching."

A pastoral letter is an open letter about Catholic teaching or practice from a bishop to his people. The archbishop's first pastoral, "A Light Brightly Visible," laid out his goals for missionary discipleship and evangelization in the Archdiocese of Baltimore.

Lori noted in this pastoral letter – his second -- that the archdiocese will mark the anniversary of Rev. King's April 4, 1968, assassination with an interfaith prayer service at the Cathedral of Mary Our Queen in Baltimore The Rev. Raphael G. Warnock, senior pastor of Ebenezer Baptist Church in Atlanta, spiritual home of Rev. King, is scheduled to preach at the evening event April 12.

In the pastoral, Lori said Rev. King's principles do not apply "only to troubled urban neighborhoods or solely to our African-American brothers and sisters."

"Violence, racism and a host of social problems exist in different forms and degrees throughout our suburban and rural areas as well," he wrote, noting that every community experiences domestic violence, drug abuse and other social ills, and that immigrants face discrimination, hatred, denied opportunities and unjust deportation.

"Think of how vitriolic and coarse public rhetoric has become in politics and the media, a coarseness that often spills over into private conversation," the archbishop said. "Instead of trying peacefully to reach the common ground of understanding, people far too often and far too quickly resort to abusive language. They may not kill their neighbors with bullets, but they do 'kill' them with words and gestures of disrespect."

In an interview for a video produced by the archdiocese to accompany the pastoral, Lori reflected that when he was a seminarian, he realized he did not have any experience in either the inner city or a rural area, experience that would allow him to serve wherever he was assigned.

He asked then-Archbishop William Baum of Washington to assign him, while he was a seminarian, to an inner-city parish. He was assigned to St. Vincent de Paul Parish in the District of Columbia's Anacostia neighborhood. "I learned, and that was a great experience for me," he said about an area that historically has been a majority black neighborhood.

More times than he could count, the archbishop said, he has gone to visit parishioners where he has encountered people in a very poor situation. "I carry back so much more than I brought. … It's humbling, it's beautiful, it's ennobling.

"And that's why I say at the end (of the pastoral) I said that you get out to the peripheries and find (the people) are not peripheral," he said. "We just thought they were a periphery. Once they become real people with a real story and God-given gifts, you know that's not the case."

Lori noted that although the Catholic Church is already present in communities in Baltimore City and the nine counties that comprise the archdiocese, it must raise its profile in the larger community, speaking out more forcefully on issues that beset communities.

"We have to advocate for justice and we have to meet the social needs as best we can," he said, noting that Catholic Charities of Baltimore is the largest private human services provider in Maryland.

"We have to intensify our efforts to provide a good education for kids. We have to be involved in housing issues and all kinds of things that get at the root causes of these things."

In the letter, Lori said: "If we truly allow Dr. King's principles of nonviolence to guide us to conversion, we will not be content to camouflage our problems but rather be spurred into action; we will be moved to address and resist injustice in our community. Ultimately, however, it is only a change of mind and heart on the part of many that will lead to a new beginning for us and our beloved community."

The pastoral letter includes discussion questions intended for all – families, parish groups and pastoral councils, as well as clergy and religious – to pray, reflect and discuss. "I wrote this so that it could find its way into the consciousness of the church – the whole church," the archbishop said. The archdiocesan web page for the pastoral also will have a portal for people to submit comments about the letter and suggestions for how to address the concerns raised by the archbishop's letter.

"This should also lead us as an archdiocese to an examination of conscience, and to ask if there aren't things we ought to be doing differently," Lori said. "It's not just a letter; it's the beginning of a process."