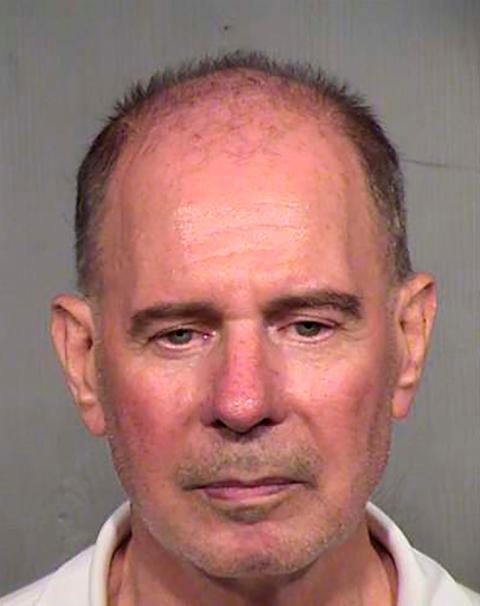 This undated photo provided by the Maricopa County Sheriff's Office shows Joseph Henn, a former Catholic priest charged in Arizona with molestation of a child. A lawsuit filed Monday, Feb. 10, 2020, against the Roman Catholic Diocese of Phoenix alleged that Henn had sexually abused a girl at a parish in Phoenix about 40 years ago. (AP/ via Maricopa County Sheriff's Office)

Two children were sexually abused by Catholic priests about 40 years ago in an Arizona parish and the Roman Catholic Diocese of Phoenix covered up the problem, according to newly filed lawsuits.

Both lawsuits were brought Monday under a 2019 state law that extends the right of people who say they were abused as children to sue until their 30th birthday — a decade longer than before.

The law also opened a one-time window for people who missed the cutoff. They now have until the end of this year to file suit.

Robert Pastor, one of the attorneys who filed the new lawsuits, said the law will help hold the church accountable.

"We are able to uncover the pattern and practice of transferring (sexually abusive) priests," he said.

In one suit, a man alleged he was sexually abused by the then-Rev. Joseph Henn in the St. Mark Roman Catholic Parish in Phoenix during the late 1970s and early 1980s.

In addition to the civil claim, Henn faces child molestation and other sex charges. Authorities say Henn, who has been defrocked, fled Arizona for Italy in 2003 after being charged with the crimes. He was returned to Arizona last year.

The other lawsuit was brought by a woman who alleges that the Revs. Donald R. Verhagen and James Bretl sexually abused her in the same parish around the same period. Verhagen died in 2001, and Bretl died in 2010.

The priests in both lawsuits were affiliated with the Society of the Divine Savior USA Province, a religious order based in Milwaukee that's also known as the Salvatorians, according to the lawsuit.

The Phoenix diocese declined to comment on the specific allegations in both lawsuits, though it said in a statement that no prior allegations against Verhagen and Bretl were ever brought to its attention.

The diocese did say it is "disheartened by any allegation of clergy abuse, and stands with all those who grieve and suffer because of the abuse caused by clergy."

"The abuse of any child is a crime and a sin, and we continue to pray for the healing of survivors and their families, and to work for truth and justice." it said in a statement

The Society of the Divine Savior USA Province didn't return calls seeking comment on the lawsuits.

The lawsuit alleged the church failed to report the suspected abuse to police and that the three priests were part of a pattern of covering up abuse by transferring priests who engaged in sexual abuse. It also alleged the two victims were physically and emotionally harmed as a result of the abuse.

The lawsuits didn't specify the amount of damages being sought. The two people who filed the suits were identified in court papers by pseudonyms.