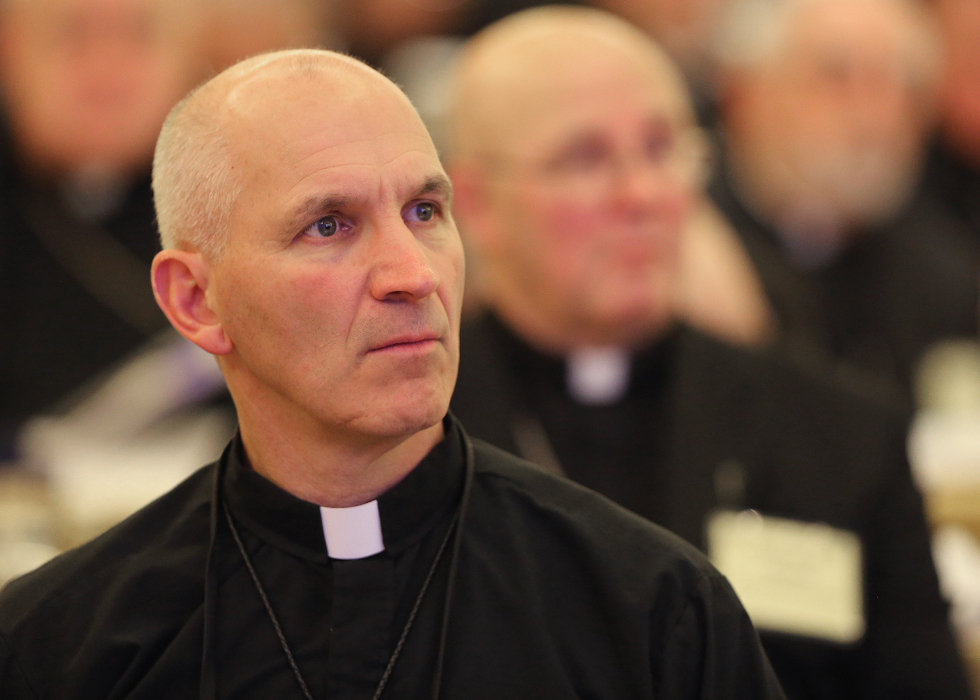 Bishop Steven R. Biegler of Cheyenne, Wyo., is seen in this 2017 file photo during the fall general assembly of the U.S. Conference of Catholic Bishops in Baltimore. (CNS/Bob Roller) 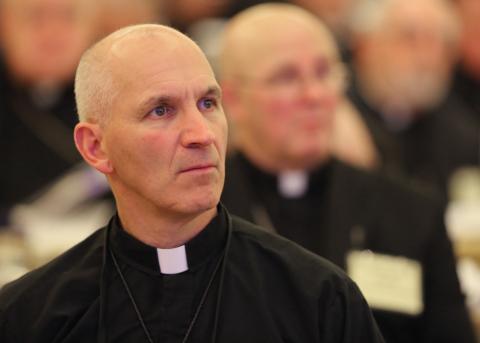 Bishop Steven R. Biegler of Cheyenne, Wyo., is seen in this 2017 file photo during the fall general assembly of the U.S. Conference of Catholic Bishops in Baltimore. (CNS/Bob Roller)

A district attorney's decision not to pursue criminal charges against retired Bishop Joseph H. Hart of Cheyenne over sexual abuse claims does not mean "the victims are not credible," said Bishop Steven R. Biegler, who has headed the statewide diocese since 2017.

"Once again, I commend the victims who have spoken courageously about their abuse," he said in a June 11 statement. "I also stand behind the determination made by the Diocese of Cheyenne that allegations of sexual abuse against former Bishop Hart are credible."

He added, "The Diocese of Cheyenne has fully cooperated with law enforcement during the past two years that they have been investigating this case."

Biegler said the Natrona County District Attorney Office had recently told the diocese it has decided not to prosecute Hart.

But he also said the diocese hope's the district attorney's office "will offer an adequate account of the reasons for its decision not to pursue criminal charges. This would assist the public in understanding why such a decision was reached."

The Casper Star Tribune reported June 11 that one of the alleged victims was told by the Natrona County District Attorney’s Office June 8 there was "insufficient evidence" to support charging Hart. The victim spoke to the paper "on the condition of anonymity." The Tribune said he is from Wyoming and now lives out of state but came forward in 2002.

The paper also reported that a message it left for Natrona County District Attorney Dan Itzen for comment "was not returned" immediately and that a spokesman for the Cheyenne Police Department "declined comment" because the department was waiting for documentation.

Biegler said in his statement that "it is important to differentiate between criminal charges and the canonical crimes being investigated by church authorities" regarding Hart. "That process continues under the oversight of the Congregation for the Doctrine of Faith at the Vatican, and the Diocese of Cheyenne has not received new information on the status of the case," he said.

In June 2019, Biegler announced the retired prelate will face a Vatican trial for allegations that he sexually abused several minors years ago.

Hart, now 88, has "categorically and completely" denied any improper conduct. He was Cheyenne's auxiliary from 1976 to 1978, when he became head of the diocese and served until his 2001 retirement.

The accusation is that Hart sexually abused two boys from Wyoming after he became Cheyenne's bishop.

The Wyoming allegations came after several men alleged that Hart sexually abused them years earlier, when he was a priest in the Diocese of Kansas City-St. Joseph, Missouri. He was ordained for that diocese May 1, 1956. He was accused of three instances of abuse dating to the late 1960s and early 1970s there.