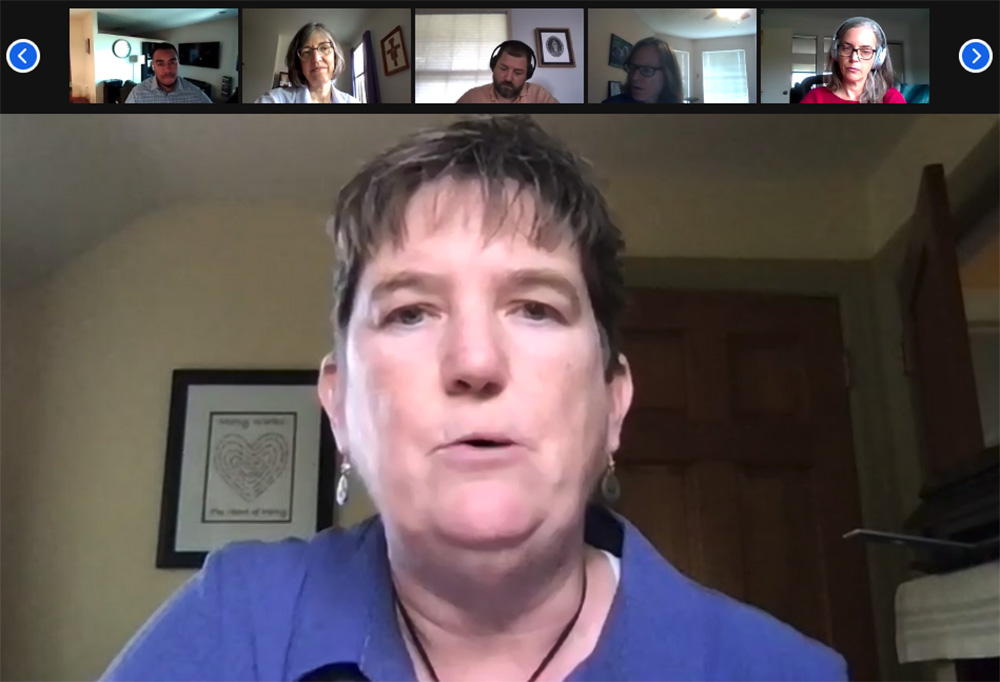 Margie Winters, a former educator at Waldron Mercy Academy in Merion, Pennsylvania, who was fired because she is married to a woman, speaks June 4 during a session of the College Theology Society's annual gathering. (NCR screenshot)

After eight years serving as the director of religious education at a Catholic school in Pennsylvania, Margie Winters was fired in 2015 because of her marriage to a woman.

Her story is similar to those of a number of other Catholic educators in the U.S., fired because their relationships violate the church's teaching against same-sex marriage. But on June 4 this year, Winters received something different: a clerical apology for the way she was treated.

As part of a discussion during the annual gathering of the College Theology Society, held virtually, Bishop John Stowe of Lexington, Kentucky, told Winters: "You tell a story that has happened to you and so many others ... to be betrayed by an institution that you love."

"As part of [the] male hierarchy, I apologize for the pain it has caused you," he said.

Stowe, who has become one of the most vocal U.S. bishops in support of LGBTQ Catholics, also said that his own Catholicism "cannot be reduced to a morality clause."

"There is a hierarchy of truths and values that constitute the core of Catholicism," said the bishop, who has led his diocese since 2015. "Catholic institutions have to be focused on the Gospel itself and on the extension of the reign of God ... in ways that lead people to a deeper relationship with the Triune God." 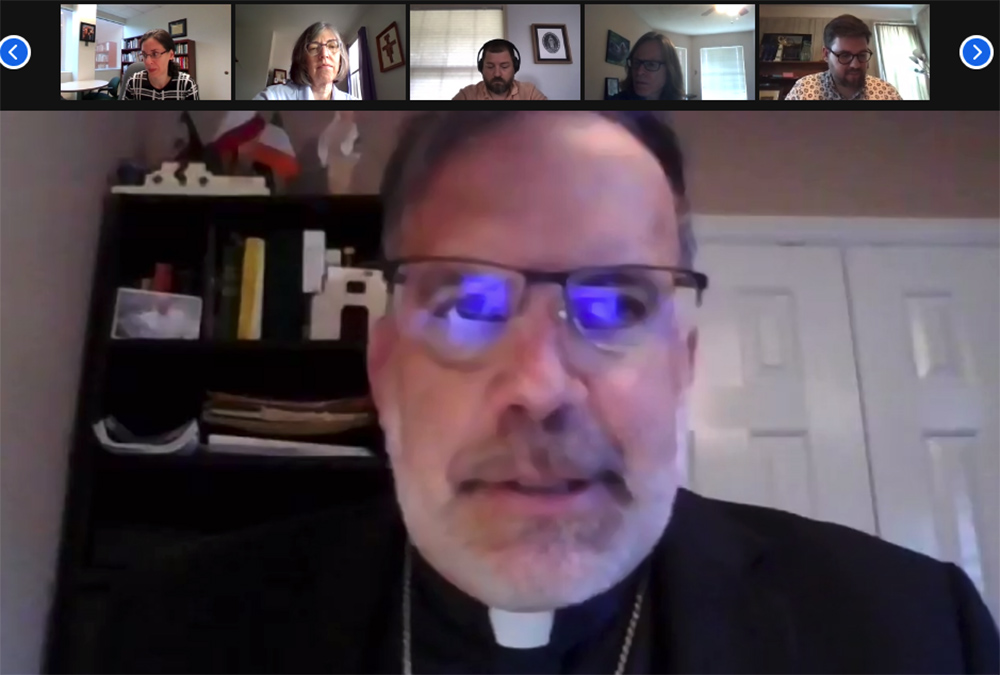 Winters was fired from Waldron Mercy Academy in Merion, a Philadelphia suburb, after parents at the school raised complaints about her relationship. She told Stowe and theologians taking part in the online discussion that "being fired from a community you love and trust is devastating."

"I want the church to know that I have seen and felt its darkness," said Winters. "My heart has been broken and continues to grieve the break in relationship."

It is unknown exactly how many LGBTQ Catholic educators in the U.S. have been fired because of their relationships, although new cases have appeared to flare up in recent years. A pair of schools in Indiana drew national attention in 2019 after one fired an educator in a same-sex marriage, and the other refused to do the same.

The school that refused, Brebeuf Jesuit Preparatory, appealed to the Vatican, which has prevented Indianapolis Archbishop Charles Thompson from rescinding the school's Catholic status as it reviews the case.

Winters and Stowe were speaking at one of dozens of sessions at the June 3-5 gathering, which brought together theologians from across the country for discussions focused on the theme "The Human in a Dehumanizing World: Reexamining Theological Anthropology and Its Implications."

Many of the sessions at the event were punctuated by open conversations about difficult issues — such as how the Catholic Church limits discussions on topics like same-sex marriage and women's ordination, and cases of sexual harassment and abuse of graduate students at Catholic institutions.

An earlier session on June 4 was focused on discussing Donna Freitas' 2019 Consent: A Memoir of Unwanted Attention, which detailed her experience suffering harassment and stalking from a priest professor in the 1990s at the Catholic University of America. 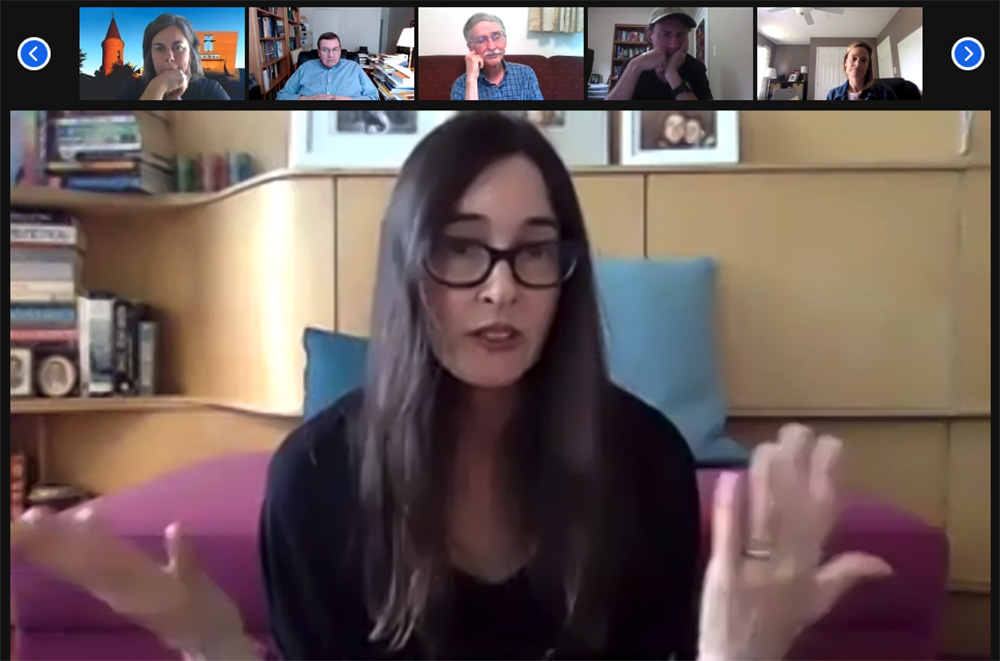 Freitas told theologians at the session that discussions about abuse in the church often only focus on the problems of the abuser, and treat victims and survivors as if they are "characters in a book, frozen in time."

"I want you to look me in the face and see the casualty that I am," she told her colleagues. "My abuser is the product of a system, a system you are part and product of now."

The issue of women's leadership in the church was raised in another session by Annie Selak, a theologian at Georgetown University. She evaluated Pope Francis' recent decisions to change the church's canon law to make explicitly clear that women can serve as readers and altar servers at liturgical celebrations, and to open up a new ministry of catechist to both men and women.

"How should we react to something that should have been this way all along?" asked Selak. 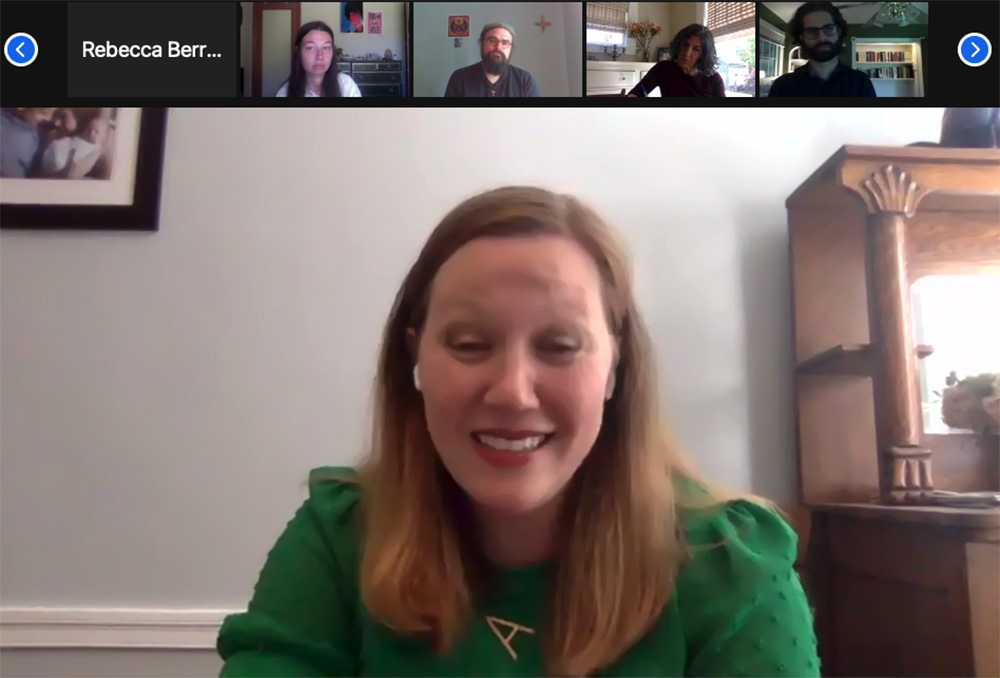 "A framework that makes people beg for scraps from the table like dogs is dehumanizing," she continued. "The call to justice in the church involves rearranging, expanding the table, so that entire groups of people are no longer dependent on crumbs."

The College Theology Society, founded in 1954, is one of two primary associations of Catholic theologians in the U.S., along with the Catholic Theological Society of America.

Brian Flanagan, a theologian at Marymount University in Arlington, Virginia, who will serve as the College Theology Society's president for 2021-22, told NCR that the group is known for creating an atmosphere of collegiality, where academics can speak openly with one another.

"That allows us to create an atmosphere of trust and openness to frank and friendly dialogue," said Flanagan.

A version of this story appeared in the June 25-July 8 print issue under the headline: Bishop apologizes to fired LGBT Catholic educator at theology gathering.