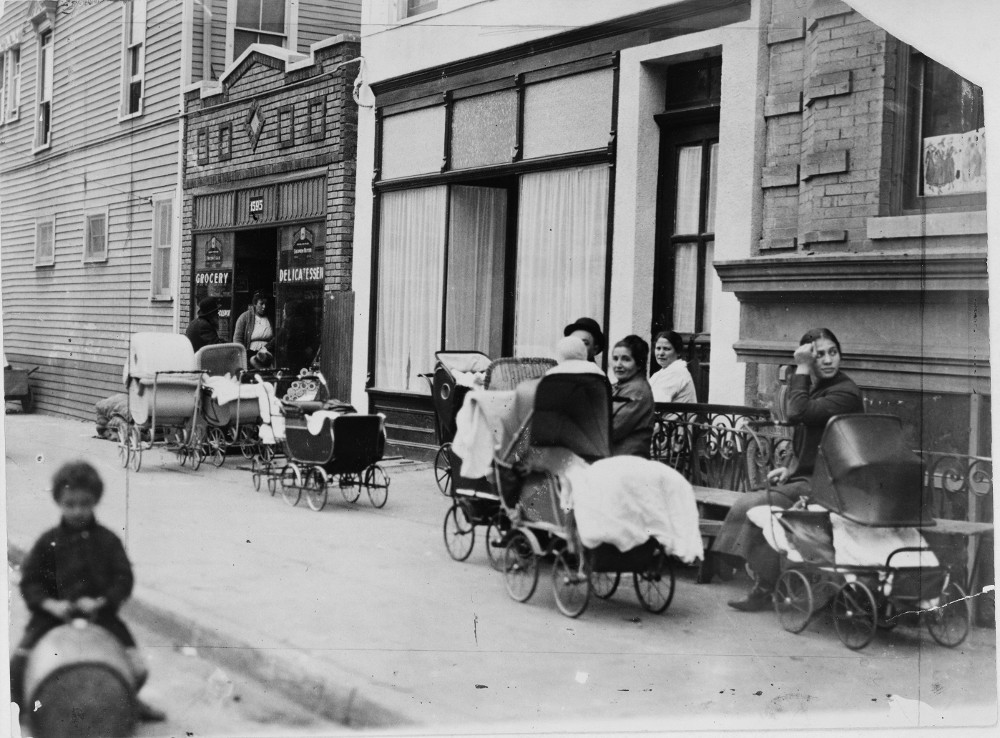 Women and men sit with baby carriages in front of the Sanger Clinic in New York City in October 1916. (Library of Congress) 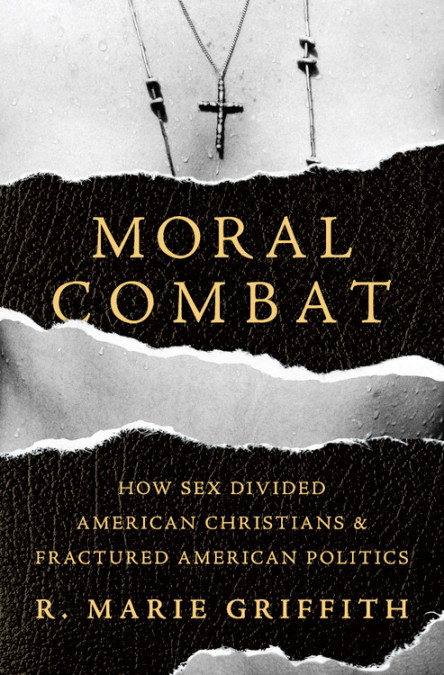 In Moral Combat: How Sex Divided American Christians and Fractured American Politics, R. Marie Griffith attempts to "analyze both the reasons for and the effects of" American Christianity's preoccupation with sex in our laws, policies and politics. Introducing the book with a short account of the religious right's resistance to Obergefell v. Hodges, the 5-4 Supreme Court decision that legalized same-sex marriage in the United States in 2015, Griffith asks "how we got to this divisive and seemingly intractable culture war over sexuality."

Though the book's title suggests that Christians on each side of the debate have been arguing about sexual activity, Griffith's analysis suggests the perpetual disagreement is really about gender, women's roles in society, and changes in the established social order.

She argues that until the early 20th century, most Americans across divergent religious sects and denominations agreed on a presumed natural and divine sexual order: Sex and gender were binary, men were kings of their castles, wives and daughters lived under male authority, and "monogamous heterosexual marriage was the only sanctioned site for sexual relations."

The catalyst for the continuing divide was not a sex act, but rather an act of Congress. When the 19th Amendment granted women the right to vote, some prominent lawmakers feared it would usher in lower birth rates, infidelity, divorce, and "rights for black people and sexual degradation," all of which would contribute to the downfall of America.

Doomsday predictions hinging on women's rights, bodily autonomy and expressions of sexuality have continued into the present with the 2016 election and the Women's March on Jan. 21, 2017. Griffith often situates female protagonists like Margaret Sanger, Ruth Benedict, Mary Steichen Calderone and Frances Kissling — leaders in movements for birth control, racial integration, sex education and abortion rights, respectively — against male church leaders. Even unnamed women, like participants in Alfred Kinsey's study of female sexuality, and D.H. Lawrence's fictional Lady Chatterley can be seen as foes of the male clergy's.

Such a gender dynamic is to be expected in American religious history, given few Protestant denominations ordained women at the turn of the 20th century and the Catholic Church still doesn't, points that Griffith, surprisingly, fails to make. But in Moral Combat, the repetition of outspoken women as enemies of Christianity is striking for how blatantly it speaks to the way church gender hierarchies are expected to be replicated in a democratic society.

As revealed in their biographies, however, sexual freedom's historical heroines and heroes were not anti-Christian. Griffith combines her analysis with biography and is adept at letting the lived experience of leaders on both sides of sex arguments speak as loudly as events, legislation and published material. Religion and theology have influenced liberal and conservative views on sex, and this point is critical to understanding the country's path to moral division. With the exception of Lawrence and Kinsey, the individuals Griffith chose to profile are Christian.

Knowing how much clerical opinions influenced the American population, liberal leaders of secular organizations also worked consciously and strategically to put clergy on their advisory boards, even as conservative leaders mobilized against them. In almost every fight, both sides claim the moral high ground and offer evidence, they believe, is validated by the Bible or the Vatican to support their claims.

The tension between American sexual mores and the laws that preserve or outdate them, then, has not been primarily between secularists and believers, but between liberal and conservative Christians.

Sect and denomination have strongly influenced this division, and this rift has been buttressed by racism, classicism, xenophobia and nativism. Griffith explores this intersectionality most effectively in the chapters on birth control, race-mixing in the early civil rights era, and sex education.

Anti-Catholic sentiment and fear of the Irish immigrant birthrate were strong among wealthy white Protestants in the early 1900s. With the eugenics movement gaining popularity and the Roman Catholic Church — a foreign entity — accused of attempting to silence public debate about birth control, visions of racial purity, lower-class population control, and preserving First Amendment rights drove Protestant support for Sanger as much as concern for the sanctity of the marriage bed.

Southern white Protestants fervently condemned miscegenation as a threat to white women's sexual purity and as an affront to God's divine order. They also linked Benedict's anthropological reports on the equality of the races with atheistic, communist plots to destroy America.

Griffith's intersectional analysis is so compelling in these chapters that other chapters seem lacking without it. Race disappears in the chapter about the Kinsey reports, even though his report on female sexuality was released in 1953, one year before Brown v. Board of Education. How did conservative religious leaders reconcile the threat of the hypersexual black man with the anti-purity confessions of white women? Did Protestant Christians have to put aside their anti-Catholic feelings to form pro-life alliances effectively? What were the poor and immigrant birth rates at the time of Roe? Did the religious right abandon Anita Hill because she's African-American? Griffith doesn't ask these questions.

She nonetheless tackles some of the most contentious periods and sex-related issues in U.S. history with an informative, entertaining tone that academic and non-academic audiences will appreciate. Moral Combat also should be read because it is a book for our time.

[Mariam Williams is a Kentucky writer living in Philadelphia. She holds a Master of Fine Arts degree in creative writing and certificate in public history from Rutgers University-Camden. You can read her columns online at NCRonline.org/columns/intersection.]