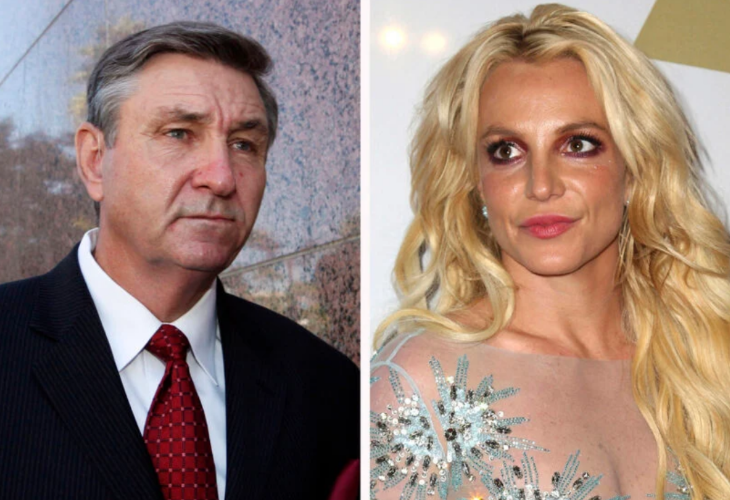 This combination photo shows Jamie Spears, left, father of Britney Spears, on Oct. 24, 2012, in Los Angeles and Britney Spears on Feb. 11, 2017, in Beverly Hills, Calif.. Britney Spears' father agreed Thursday, Aug. 12, 2021, to step down from the conservatorship that has controlled her life and money for 13 years, according to reports. (AP Photos)

Britney Spears' battle with her father over the conservatorship that has controlled her estimated $60 million fortune for the past 13 years has captivated widespread audiences — from probate lawyers, to her millennial fanbase, to reproductive freedom advocates and beyond. Spears' personal battle has prompted broad cultural questions about personal and reproductive freedoms.

American media has a decades-long history of putting the mega pop star at the eye of cultural storms. The trajectory of Spears' career and public persona can be understood, some experts on evangelicalism argue, through the rise and decline of the evangelical purity movement.

The evangelical purity movement itself reflects the evolution of a broader cultural conscience. As Christian publications mused on Spears' fall from grace during her highly publicized 2007 breakdown, attributing it to the corrupting forces of the sexual revolution, mainstream media outlets also invoked her name as a symbol for a woman you wouldn't want your daughter to become.

As Linda Kay Klein notes, in many respects, both the religious and secular forces that shaped Britney Spears sprang from a single source: purity culture.

Purity culture is often used to describe evangelical teachings in the late 1990s and early 2000s that emphasized waiting until marriage to have sex, encouraging young people to take virginity pledges and to dress modestly. But Klein, author of the memoir Pure, calls this era a "purity movement" rather than "purity culture."

According to Klein, purity culture is "any culture that sums people up as good or bad based on other people's perceptions of their gender performance or their sexuality." Its particular manifestation in the purity movement of the '90s and '00s was possible because American culture was already a purity culture.

"There was already the language of 'good girls' and 'bad girls' in American culture," she said, "and you would know what I mean by those words."

In the 1980s, two forces, she said, led to a purity movement funded by specific interests.

"First, there was a backlash to the sexual revolution," she said. And then, in the '80s, there was the AIDS crisis.

"During the AIDS epidemic, with literal death surrounding us," Klein said, "there was a push to teach comprehensive sex education." But those campaigns were countered by programs promoting sexual abstinence until marriage.

In many respects, both the religious and secular forces that shaped Britney Spears sprang from a single source: purity culture.

Additionally, media companies like Disney felt fiscal pressure to make their family-values customers happy. In 1995, Disney and its subsidiary Miramax prompted boycotts from the Catholic League, in part for a Miramax movie depicting a sexually active homosexual priest. The following year, the American Family Association called for a boycott of Disney in response to what they perceived as endorsement of illicit sexual activity and a "homosexual agenda" in Disney and Miramax movies. The Southern Baptist Convention followed suit in 1997.

After the SBC boycott was announced, The New York Times reported Disney's stock dropped 1.5 points and dipped nearly 10 points over the summer. There was real money at stake in evangelical purity culture.

They needed purity champions — young, popular ones. Singers and actors like Jessica Simpson, Mandy Moore and Britney Spears were marketed to parents looking for palatable role models for their young children. Spears asserted that her faith was central to her life and that she was waiting until marriage to have sex. She and others were praised for their virginity — for being "good girls." 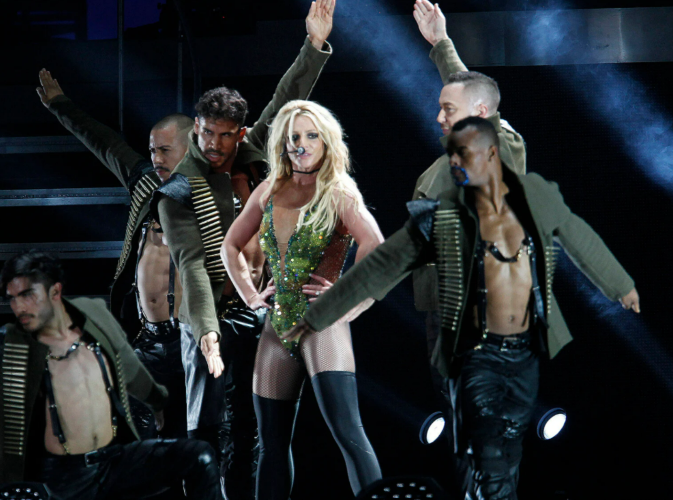 Even as Spears' increasingly sexualized image and sound sold 100 million records, her publicized virginal innocence proved to Christian consumers she was still in step with their values and worthy of their dollars.

"You have to look sexy but be unavailable," said Moslener, who specializes in American evangelicalism at Central Michigan University. "You have to look like a bad girl but have the value of a good girl."

But the older and more sexually mature Spears and her music became, the less willing the evangelical community became to endorse her as a "good girl."

A common complaint lodged against Spears was that she was corrupting the young women who were her fans. But, said Klein, Spears wasn't responsible for the sexualization of young women.

"Purity culture sexualizes young girls, too — that's central to their teaching," Klein said. Young women were taught that their bodies would be sexually perceived by men without their permission or consent. And for that, Klein said, they were supposed to feel shame.

Instead of responding to her sexualization with shame, like a "good girl" should, Spears used her sex appeal for her own gain.

Klein pointed to the Catholic schoolgirl costume of Spears' breakout single "… Baby One More Time." The costume was Spears' own invention. School girls are already sexualized, Klein said. Spears just made it explicit and owned it.

But the older and more sexually mature Spears and her music became, the less willing the evangelical community became to endorse her as a "good girl."

"As a former church camp purity pastor, I quietly regarded Brittany Spears as my worst nightmare," said Nathan Novero, a filmmaker who grew up in an evangelical church in Arkansas and led chastity talks. To Novero, Spears represented the archetype in purity culture of "temptation." The temptress wasn't seen as a person in her own right but as a test, he said.

In 2007, the year of Spears' breakdown, the purity movement faced its own setbacks.

In her research on evangelicalism and purity culture, Moslener has seen the purity movement still affect women who grew up in it. Women she has interviewed still feel divorced from their bodies.

And when Moslener watches Britney Spears' Instagram, she sees these women's desire to reconnect with their bodies. "It seems like it's the one place where she can take control of her body," said Moslener.

Moslener believes the #FreeBritney movement gained traction partly due to the jarring discrepancy between Spears' music, which projects a message of control over her sexuality, and the conservatorship's strict control over her life.

Moslener believes Spears' situation — in which her freedom is limited in the name of her own well-being but also benefits financially the people in her life — symbolizes the purity movement whose life cycle has followed hers.

"The purity movement was never first and foremost about caring for adolescents, either their sexual or spiritual development," she said.

Instead, Moslener said, the movement was about power — about who controlled women's bodies and who benefitted from that control.

"Her dilemma is speaking to something universal that women who have left purity culture feel," said Moslener.

Novero believes there's a growing awareness of how Spears' person and body have been commodified throughout her life. And, he said, this reflects a growing cultural awareness that this commodification, rather than Spears' sexuality, sowed chaos in her life.

"The tempting serpent has become the Christ under persecution," he said.