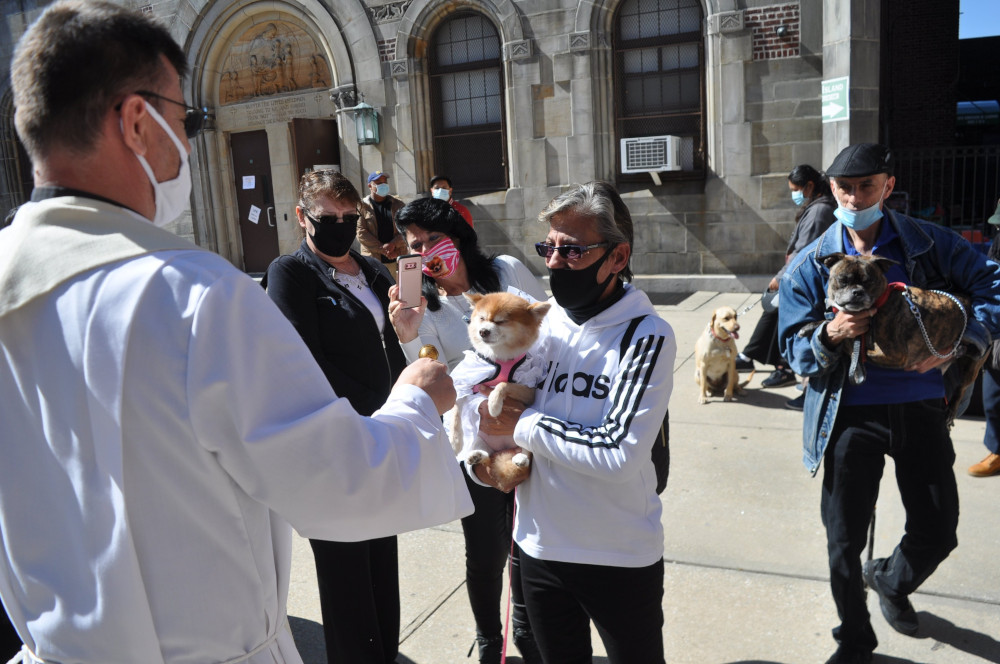 The Diocese of Brooklyn Nov. 12 filed an emergency application with the U.S. Supreme Court for an injunction against Gov. Andrew Cuomo's executive order limiting the size of a congregation for in-person services at Catholic churches and other houses of worship.

The diocese is challenging Cuomo's order on religious freedom grounds. According to scotusblog.com, the state of New York must file a response by Nov. 18.

It said the order's provisions "violate the free exercise clause" of the First Amendment by limiting "in-person 'house of worship' attendance to 10 or 25 people" but allowing "numerous secular businesses to operate without any capacity restrictions."

The two cases challenged government action taken in response to a public health emergency, but the high court in both instances rejected the lawsuits, saying such state action was justified "even when fundamental rights such as free exercise are at stake."

In 1905, in Jacobson v. Massachusetts, the Supreme Court in a 7-2 decision upheld the authority of states to enforce compulsory vaccination laws, arguing that "individual liberty is not absolute and is subject to the police power of the state."

This May the justices ruled 5-4 to turn down a San Diego-area church's request to issue an order that would allow it to hold Sunday services. The case was South Bay Pentecostal Church v. Newsom, named for California Gov. Gavin Newsom.

The Brooklyn Diocese's request for an injunction went to Justice Stephen Breyer, who is acting circuit justice for the U.S. Court of Appeals for the 2nd Circuit, which includes New York.

Breyer has been handling emergency appeals from the 2nd Circuit since the death of Justice Ruth Bader Ginsburg, who was assigned that court. Breyer is circuit justice for the 1st Circuit.

The Brooklyn Diocese first went to federal District Court in October to seek emergency relief from Cuomo's new restrictions, announced Oct. 6, on houses of worship in response to a spike in COVID-19 cases in densely populated ZIP codes he identified as "hot zones."

He said the state was creating three zones — red, orange and yellow — each with different restrictions, including on the size of congregations. 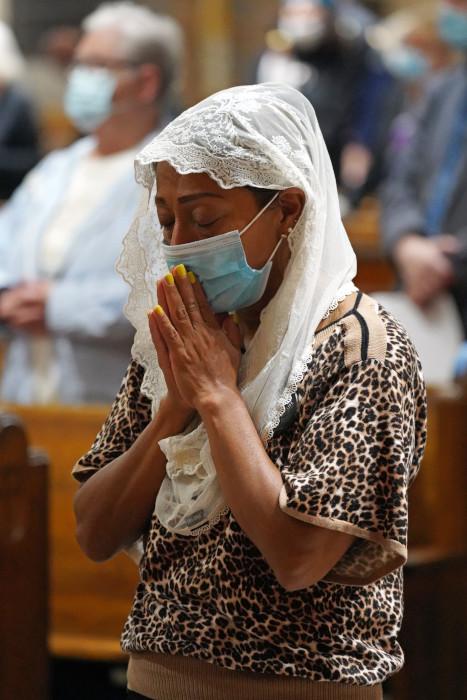 A person prays during the annual Rosary for Life Mass Oct. 1, 2020, at Resurrection Church in Brooklyn, N.Y. (CNS/Gregory A. Shemitz)

Some Catholic parishes in the Brooklyn Diocese were in the "red zone," meaning their churches were forced to reduce capacity to a maximum of 10 people inside at one time, and some were in the "orange zone," where only 25 people at one time can attend Mass. A "yellow zone" designation meant a 50% capacity.

The Diocese of Brooklyn filed a lawsuit in the U.S. District Court for the Eastern District of New York Oct. 8 against the state of New York, charging that Cuomo's new executive order reducing church capacity violates the First Amendment's guarantee of the free exercise of religion.

It sought a temporary stop on Cuomo's new orders while the suit proceeded. On Oct. 10, Judge Eric Komitee denied the motion, saying the government "is afforded wide latitude in managing the spread of deadly diseases under the Supreme Court's precedent."

On Nov. 7, the diocese announced that five of its churches were no longer in the "red zone," and are now considered in the yellow zone and were opening up for in-person Mass attendance — with social distancing, mask wearing and other safety and health precautions still in place.

"There is nothing more important than the safety of our parishioners. That is why we have worked diligently to implement strict COVID-19 safety rules that go above and beyond state requirements," Brooklyn Bishop Nicholas DiMarzio said back in October.

The diocese will continue to require masks to be worn "in order to participate in all our services," he said. "We will continue to voluntarily limit capacity in all buildings to 25% occupancy, and we will abide by social distancing guidelines as required."

He added: "The proof of our compliance is the fact that we have not had any COVID outbreaks or significant cases in either our churches or schools. We continue to evaluate our procedures to build upon the safety we have so far achieved."

As coronavirus cases have again increased in New York state, as in many states around the country, Cuomo ordered that starting Nov. 13, all restaurants, bars and gyms statewide have to close at 10 p.m.