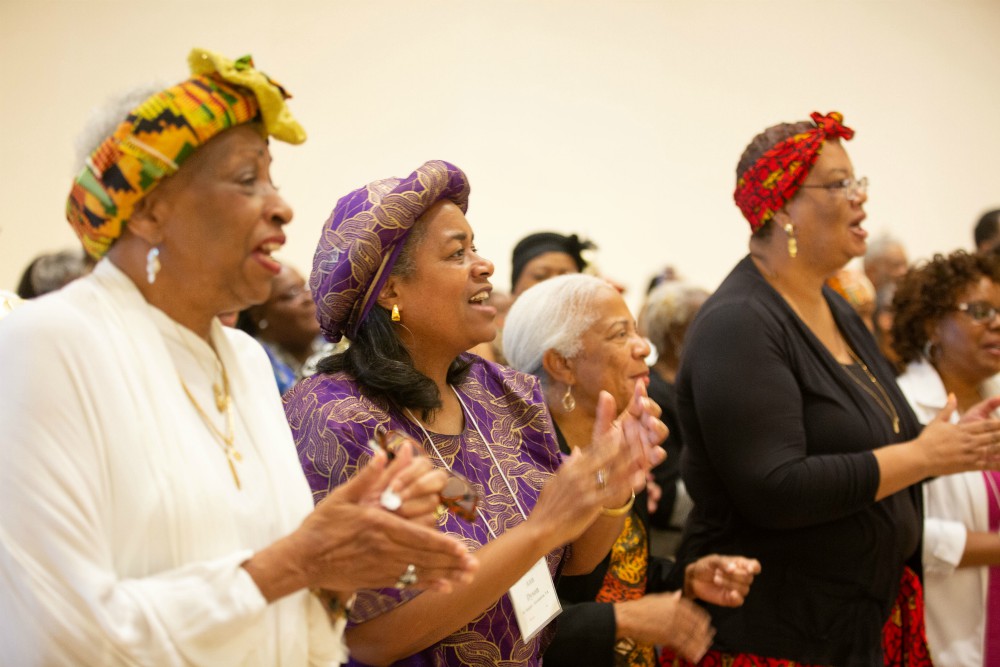 Not having to arise on Sunday morning and travel to worship at church has become the convenient norm as Catholics have substituted watching Mass on a PC, laptop or iPhone during this year's COVID-19 lockdowns. But their doing so places the notion of community worship in question for many, for there is no eucharistic meal. Online worship allows for neither full, active nor conscious participation, and does not fulfill the Holy Spirit's and the Second Vatican Council's encouragement of lay involvement in liturgy.

Will the people return? Why would they? What could lead them to do so? A related question arises: What can be done to make community worship more appealing?

After much thought and prayer about this, I offer the following suggestions for consideration, recognizing that not all of them will immediately be endorsed or found useful. In many communities, some may not be needed at all. But I offer them in a sense of encouraging a rethink of the idea of coming back together.

1. Stop treating the celebration as if it were a concert surrounded with prayer and treating the assembly like an audience of passive listeners. Too often, music directors and musicians seem to feel that it's appropriate for them to warm up before the worship by displaying their ability with music or by their solo singing of a song. Frequently this comes across as performance rather than as ministry, and the practice ought to be rethought. A cantor can and should rehearse a song selection if it's new or unfamiliar because it hasn't been used for a while, because doing this will encourage greater participation during the service.

2. Make the welcome more welcoming. Make the pre-Mass announcements or welcoming introduction less something that is read stiffly or dryly, word for word. Instead, have it be a communication that is spoken with sincerity and a genuine sense of welcome. Agree what should be included but allow and encourage spontaneity on the part of the communicator.

3. Give some thought to why is seems appropriate to formally vest lay ministers or enforce long-standing policies that require them to be dressed formally (i.e., jacket and tie). This has greater relevance in those geographies where the assembly itself is decidedly not dressed as formally. In most parishes, lectors rise from, and return to, the assembly. The fact that they would be required to be better dressed than the ordinary worshipper sends a not-so-subliminal message of difference. Vesting and formal dress will occasionally make what is being done look more like a stage play than an act of worship that we are all doing together.

4. Find and/or train cantors who better understand and who actually put into practice their defined liturgical role, to engage the community in participation. "The cantor's voice should not be heard above the congregation" (from the U.S. bishops' document "Sing to the Lord") means just that. A cantor should lead, but not over-sing, the worshippers. When a cantor's voice is not secondary to the assembly's, the cantor should be taught and made aware that he or she has not fulfilled the role of engaging participation, rather than performing perfectly.

5. Think a bit more about what conscious participation really means. It means engaging the minds of worshippers and conducting the worship service in a way that makes them think (or at least leads them to think). For example, pastors might discourage worshippers from reading the text from a missalette during a well-trained lector's reading of Scripture. Develop the assembly's listening skills when Scripture is being read, because those skills better engage the mind to think about the message of the reading.

6. The community's customary and usual celebration can, and in many cases may have become, routine by repetition. A suggestion for presiders to consider — at the conclusion of the opening prayer, i.e., immediately preceding the readings of the word — is that perhaps at this point it would be advisable for the congregation to be taken out of routine, and verbally be reminded of the reason for having reached this point in the liturgy. This could be done by saying, while everyone is still standing after the Collect, something along the lines of: "Please let us now be seated, and listen together to the Word of the Lord — God's revelation to us, God's giving himself to us, through the Scriptures."

7. The presider should consciously lead the prayers that are said aloud together, particularly the Creed, at a much slower and more deliberate pace. It ought not be a race to the finish. Leading such a slowdown will be awkward at first, but it should result in thinking more about the words. This is what we believe. It's an important statement and prayer. These are the truths endemic and intrinsic to our faith.

8. Among the more beautiful and faith-instructing words at every Mass are those rarely heard by the assembly. They are the blessings offered over the gifts at the offertory — frequently and unfortunately prayed by the presider silently during the singing of any offertory song. Faith would be enriched if they were said — and responded to — aloud at the song's conclusion.

9. Finally, find a way for everyone to be comfortable sharing peace. The most challenging problem with post-COVID-19 peace sharing will be what to do to symbolize and evidence that sharing. There are already parishioners who have never become (and likely will not ever be made to become) comfortable with wanting to visibly touch others, and that is certainly not going to change as we return to community worship. But the awkwardness of an extended hand refused is an upsetting moment spiritually for those who do offer others that sign. The reality of returning to worshipping together suggests a need for pastors to instruct some other, newer, gesture of sharing — maybe both hands joined in prayer, accompanied by a head bow to those surrounding the worshipper? That might seem to be advisable, at least for now.

[Roy Van Brunt is a retired CPA who lives in Estero, Florida. He has been active in liturgy planning for 50 years in parishes in Florida, New York and Maryland.]